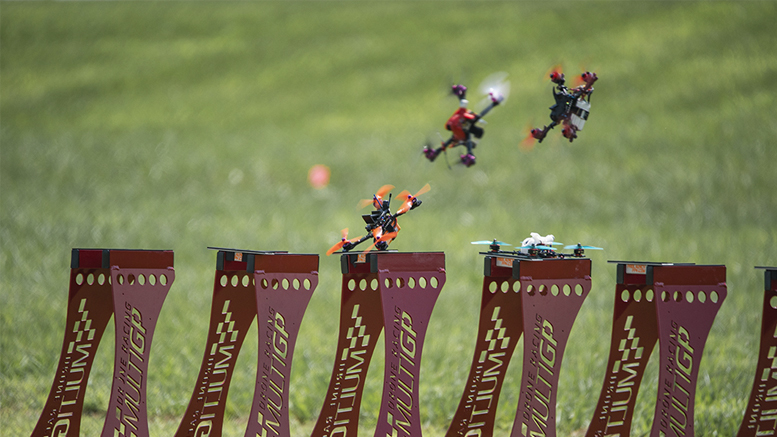 Racing drones are pictured at launch during a race. Photo by: Matt Ruddick

Muncie, IN – The largest professional drone racing league in the world will again host the biggest drone sports gathering in history. The MultiGP Drone Racing League is proud to announce the 2nd annual MultiGP International Open, Aug. 8-12 at the Academy of Model Aeronautics headquarters in Muncie, Indiana, USA.  The week long event will attract the best pilots from all over the world including the US, Canada, Latin and South America, Europe, Korea, China, New Zealand & Australia. 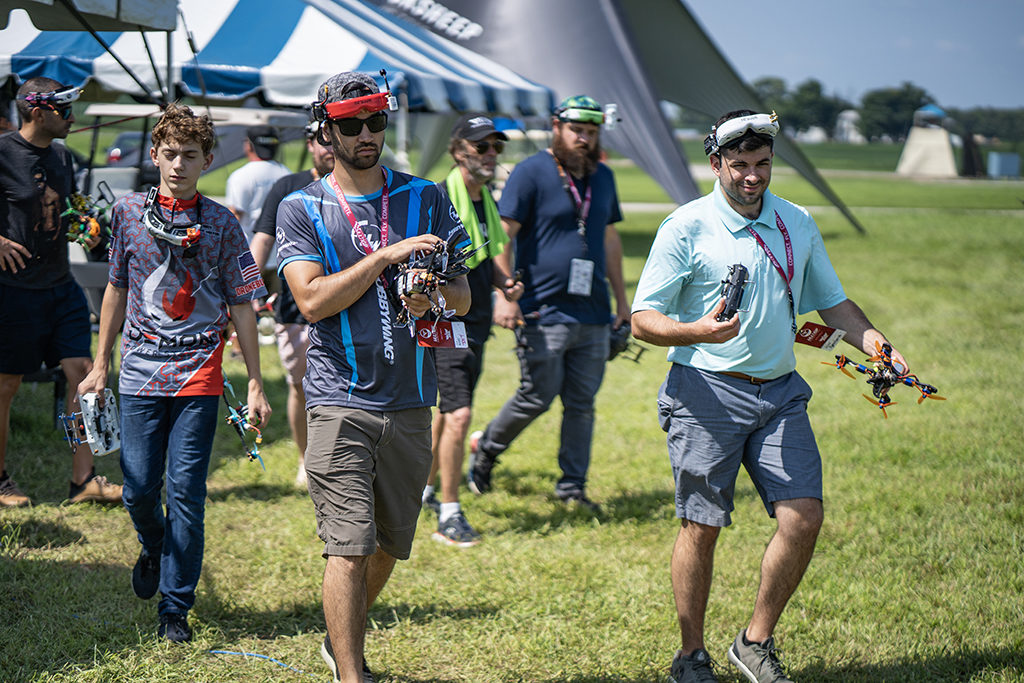 The event is FREE for spectators and runs through Sunday.

MultiGP is growing the thrilling sport of drone racing and freestyle flight through great competitions and events, the aim is to also introduce the fast growing sport to the general public. “Drone racing is the newest brother of E-Sports, it is the sport of the future”, says Chris Thomas, CEO and Founder of the MultiGP Drone Racing League. “Drone sports is very popular among the youth, our league currently holds over 23,000 registered drone pilots and around 1,200 active chapters around the globe, and our fastest pilots are often under 20.” 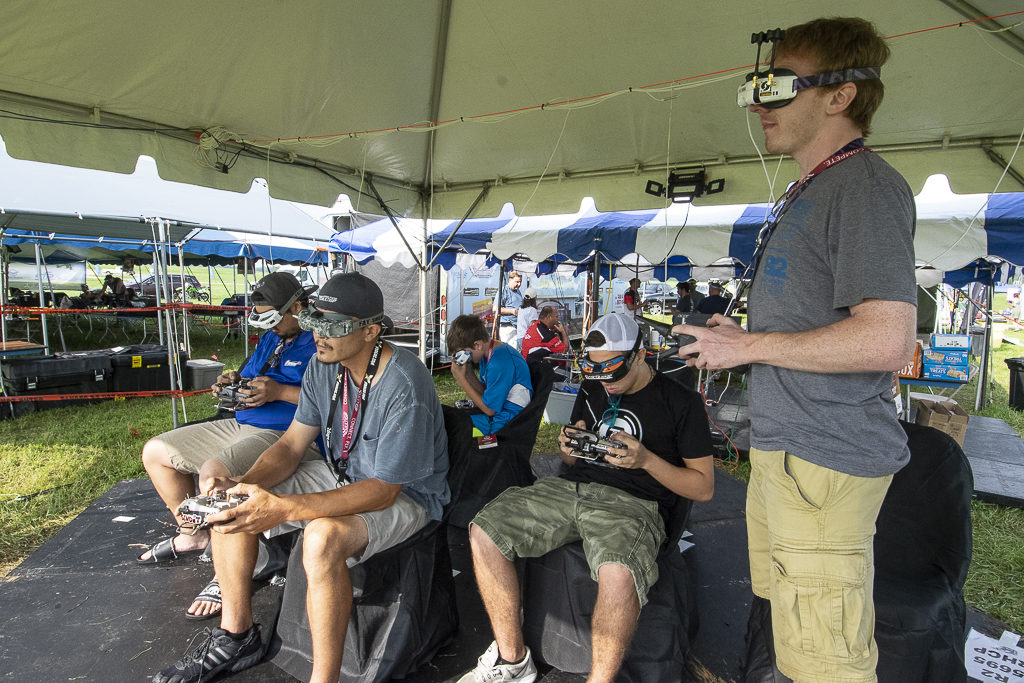 The number of young drone pilots who join MultiGP Drone Racing League is growing substantially each year. MultiGP continues to inspire and captivate the younger generation by hosting major events like the MultiGP International Open to engage more pilots and to showcase the interesting and growing sport for the general public. “When a new pilot experiences flight through First Person View goggles, when they find themselves on board then the imagination has been captured,  that student is compelled to engage and grow. Drone racing and freestyle flight quickly and effectively engages students in science, technology, engineering and math, they become practical STEM students with great skills for the future…” observes David Roberts, President of MultiGP Drone Racing League. 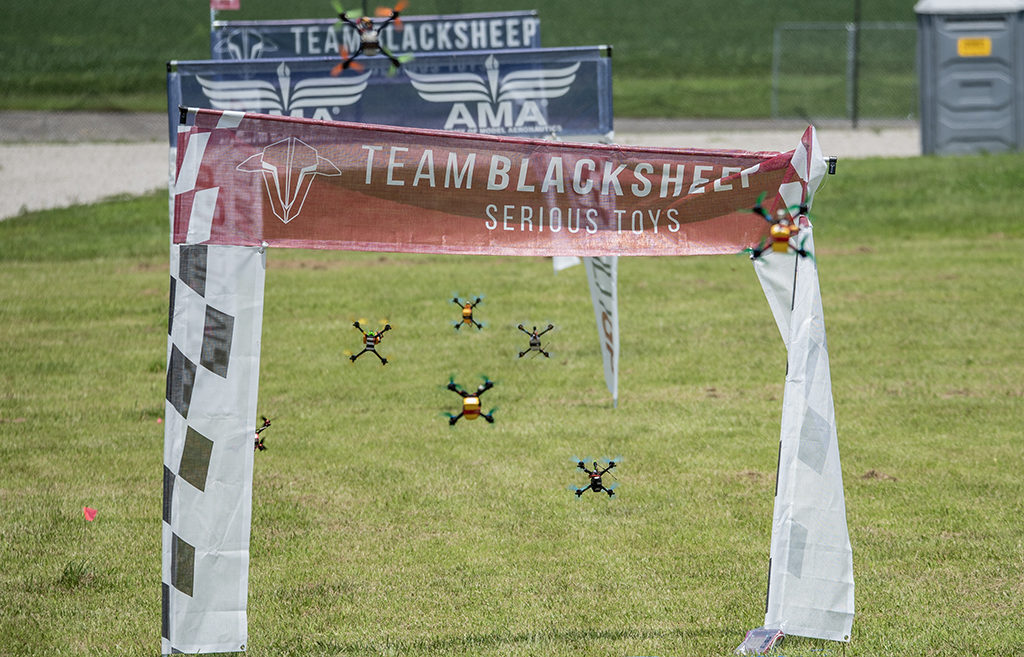 The 2018 MultiGP International Open offers spectators quite a sight by showcasing 8 different tracks for all skill levels, with all running at the same time, and with as many as 64 pilots in the air at once.  The spectacle of flight, fast and controlled is everywhere, celebrating the grand campus of the AMA Headquarters.

With a major increase in popularity from last year’s event, the world’s fastest pilots will have the opportunity to compete on two different World Cup tracks to face international competition. Other feature tracks include  the popular Rookie Track, Fixed Wing, Drone Battle, Team Racing, Freestyle Quads, and the night flying Lit LED course.

Other attractions include an FPV Sports Summit, various FPV related workshops, plus the MultiGP International Open Vendor Village will have several companies showing off their latest and greatest technology. Last year, thousands attended the MultiGP International Open with over 400 registered drone pilots competing supported by 75 volunteers, all coming from over 27 countries.  The success from last year’s International Open has pilots returning and bringing their friends. MultiGP plans to host the biggest event ever in drone sports history. MultiGP is anticipating an even bigger turnout with as many as 600 pilots expected to compete in the races and freestyle events.

MultiGP is the largest professional drone racing league in the world. MultiGP hosts frequent competitive gatherings and casual events within its network of over 1,250 MultiGP Chapters and over 23,000 pilots world-wide. MultiGP engages its chapters by providing tools, guidance and community to make drone racing fun, organized and rewarding for pilots, chapter organizers and spectators. The MultiGP National Championship, MultiGP Regional Series, Riot MultiGP International Open, Universal Time Trial Tracks and Chapter Tiers are designed to allow the drone racing community to compete in an easily accessible yet structured format with the goal of progressing the sport. MultiGP is the Academy of Model Aeronautics Special Interest Group for First Person View (FPV) Racing. For more information, go towww.MultiGP.com To learn more about MultiGP drone racing, and how you can get involved, join us on Facebook – https://www.facebook.com/groups/MultiGPCommunity/ and on Twitter –@Multi_GP