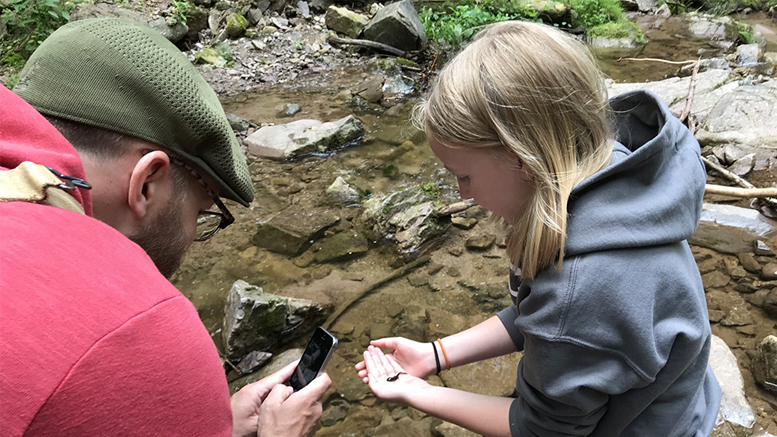 Matt Miller and his daughter Brenley share a love of taking pictures of nature while on vacation. Photo by: Deborah Miller

Muncie, IN—Fathers today spend more time engaged with their children than ever before and that’s perfectly OK, says a researcher at Ball State University.

Ball State’s Richard Petts, a sociology professor, and two researchers from Brigham Young University utilized a national sample of about 2,000 fathers with children ages 2-18 to understand the relationship between adherence to masculine norms, fathering attitudes, and father involvement.

“Does Adherence to Masculine Norms Shape Fathering Behavior?” was recently published by the Journal of Marriage and Family.”

“The new fatherhood ideal emphasizes the importance of being a nurturing, engaged father, and fathers spend more time parenting children than ever before,” Petts said. “Yet, despite these changes, the primary expectations by society for fathers are still quite traditional and emphasize providing and lack of emotional expression.

“Our research suggests that fathers are more likely to support engaged, nurturing fathering than traditional masculine norms,” he said. “Even though this is not a message we often see in the workplace or media, this is something that many men actually support and believe. The more open and active men are about their desires to be an engaged father, the more accepting and supportive we as a society might become for active, engaged fatherhood.”

In regard to how men may balance these competing expectations, Petts notes the research suggests that there is a bit of a tradeoff here.

Fathers who adhere more to traditional ideas of masculinity, Petts notes, are less involved at least partly because they identify less with new fatherhood expectations, he said.

“In contrast, fathers who emphasize the importance of nurturing, engaged fathering are more involved in their children’s lives and less closely adhere to traditional ideas of masculinity,” Petts said. “As such, embracing the new fatherhood ideal may require fathers to reject traditional masculinity in favor of a caring masculinity.”

The study confirms that masculine definitions of fatherhood are changing for the better, Petts said.

“We often judge men based on their job title, how much they work, and how much money they make as a society. Yet many men believe that being an active father is more important than being a breadwinner. So, take time to be a dad,” Petts advises. “You will be happier because fathers who are more involved have higher well-being, and your kids will be happier.