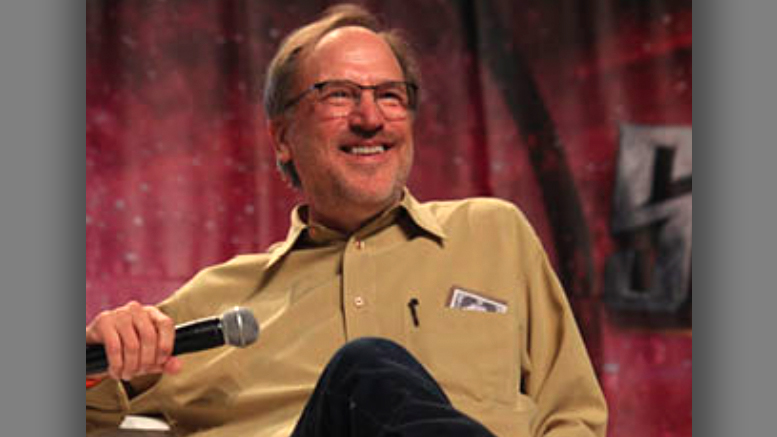 Muncie, IN—Science consultant, writer, and co-producer for Star Trek, National Geographic and FOX, Andre Bormanis will be speaking at Emens Auditorium on April 9, 2018 at 7:00 p.m. Admission is free and open to the public. No ticket is required.

Andre Bormanis was born in Chicago, but grew up in Arizona, where the dark night skies encouraged his love of astronomy and space science. He holds a B.S. in Physics, and a M.A. in Science, Technology, and Public Policy, earned under a NASA Space Grant Fellowship at The George Washington University. He became the science consultant for the Star Trek television and film franchise in 1993, and was soon writing episodes of Star Trek: Voyager. He became a full-time writer and eventually co-producer on Star Trek: Enterprise. He then served as a writer-producer on the CBS TV series Threshold and Eleventh Hour, the syndicated series Legend of the Seeker, and Disney XD’s Tron: Uprising.

He worked as a scientific consultant on the FOX / National Geographic production of Cosmos, and is a consulting producer for the second season, which will premier next year. Andre is also the co-creator of the National Geographic miniseries Mars, and is also writer and co-executive producer for the series. He is currently a writer and co-executive producer on the Fox series The Orville. He also serves on the board of directors of the Griffith Observatory fundraising non-profit organization, Friends Of The Observatory.

If you are unable to attend, the event live stream will be available here or copy and paste (https://ballstate.mediasite.com/mediasite/Play/3229045e4c164aa4a22e1226c15bd8651d) into your internet browser.

ASL interpretation will be available. For more information, call the Emens box office at 765-285-1539 or visit www.bsu.edu/emens.