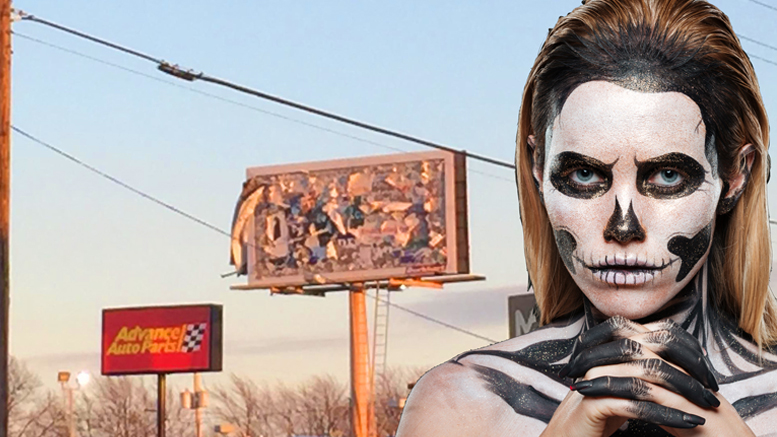 These days you see zombies on billboards, in crawl spaces ... Photo illustration by: Mike Rhodes

There is a certain level of spookiness encountered at night when one’s old kitchen is torn out in order to put in a new one.

I know this from personal experience. For a few hours there was a hole in the kitchen floor where our old sink used to be. I didn’t have to spend long staring through that hole into the dank, darkened underbelly of our house for my fears to pique. Were there short-tempered, toothy creatures of indeterminate species living down there, salivating while clicking their claws in anticipation of their next short, chubby meal? Ones that might sneak up in the middle of the night, crawl under my blankets and feast on their favorite snack, that being bright blue Scandinavian eyeballs like mine?

And what if our dogs hopped down there, just to take a look around? Who was going after them?  Me? Or was there something I could say that would convince Nancy to go down there instead, without my looking like some kind of unapologetic chicken, which I definitely am? And if somehow I did go down there, was something going to eat my bright blue Scandinavian eyeballs?

Obviously, these were the considerations of somebody who’d watched way too many horror movies as a kid. Of far greater consequence, however, was a more modern problem I needed to address head-on.

You know. Zombies. I don’t even remember zombies as a kid, but they seem to be everywhere you look these days. You can’t turn on your TV without seeing zombies shambling around, looking all perturbed and stuff. Not that you can blame them, since their sloppy body parts keep plopping onto the street like poop in the wakes of Amish carriage horses. So these zombies gotta come from someplace, right? My crawl space seems as likely a place as any. 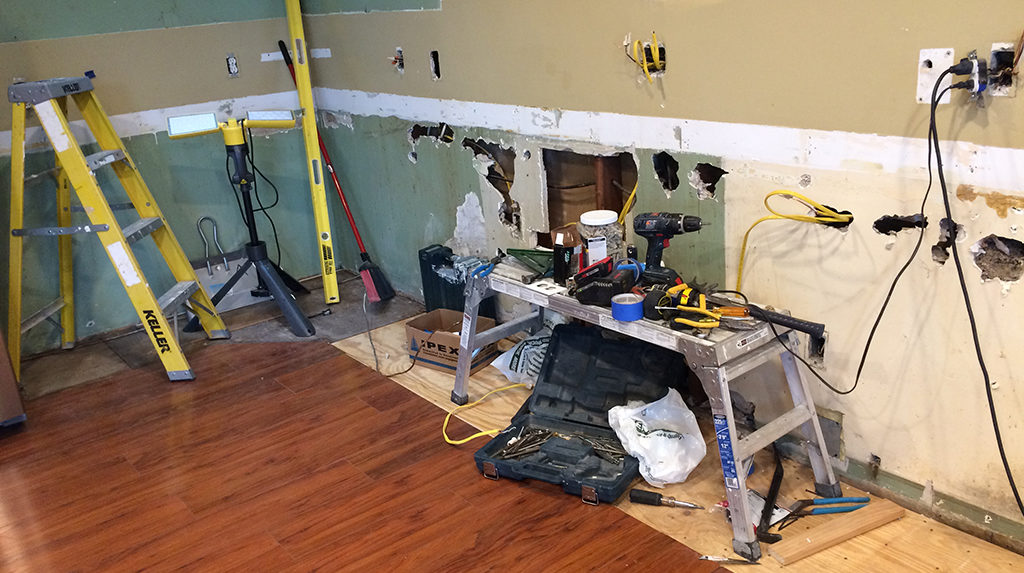 Putting in a new kitchen can be downright scary. Photo by: John Carlson

But those are far from the only serious considerations to be weighed in the process of installing a new kitchen.  In order to begin work on Nancy’s, we had to totally move out of our old one. This means we now have cans of pudding, baked beans and sauerkraut stacked in the utility room, paper towels and napkins piled high in a bathroom, plus a microwave oven, slow-cooker and coffee maker crammed onto the buffet in our dining room.

The weirdest thing, though, involves our refrigerator. Early on, we were told it might end up in our living room.

Now, we were assured, if that happened, it would be a temporary measure. But what if it wasn’t a temporary measure? What if one thing led to another and it stayed there, or God forbid, we decided we liked having our refrigerator in our living room? Something tells me if we end up with our refrigerator in the living room, it will only be a matter of time before there’s a Dr Pepper machine on our front porch.

The ramifications of this could be far-reaching. Under the best of circumstances, I seriously doubt Nancy and I will ever be invited to join a prestigious country club. However, if we are, I am also pretty sure we will be automatically blacklisted by answering “yes” to the question, “Have you ever had an operable pop machine on your front porch?”

This despite the fact even I can see certain benefits to our refrigerator ending up in our living room.

Make that my mouth.

So I don’t know. If the fridge ever is relocated to the living room, I suppose it will behoove us to move it back to its original spot as soon as the new kitchen is finished. Meanwhile, we can take comfort in the fact we’re not redoing a bathroom, too.

I’d hate to think where the toilet could end up.