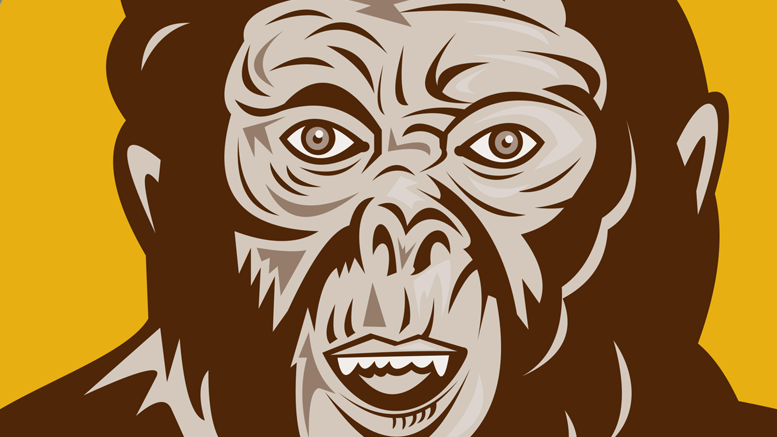 From 1 to 10, Neanderthals were a 1 on the style scale. Illustration by: graphicstock

There’s a lot of Swedish in me, but I always hoped there was some Irish, too, The Auld Sod’s writers like Frank McCourt and Sean O’Faolain being among my favorites.

So when our daughter Katie gave Nancy and me a couple DNA tracking kits for Christmas, I spit into my test tube with my fingers crossed. For further good luck, I downed an Irish whiskey on St. Patrick’s Day, begging my personal leprechaun, just in case I had one, for positive results.

Since then I’ve been singing “O Danny Boy” and quaffing pints of Guinness while eating all the corned beef and cabbage I can lay my grubby Swedish/Irish hands on. But something else in my DNA test results has left me even more intrigued.  Turns out my drool revealed 285 Neanderthal “variants,” more than are found in 62 percent of the testing company’s customers!

First, I should explain exactly what “variants” are. Unfortunately, I have no idea. But I think it means I’m practically a caveman.

While that might be stretching things a tad, my results addressed a couple key Neanderthal traits. For example – and I’m not making this up – I am less likely to sneeze after eating dark chocolate than non-Neanderthals. It said so right there in the results, and it’s true! I’ve been a post-dark chocolate non-sneezer my entire life! This also raised a couple intriguing questions. First, how did somebody figure out the non-sneezing thing, since Hershey’s Dark Nuggets weren’t even around 40,000 years ago? Second, WHY did somebody figure out the non-sneezing thing?

“Um,” I can picture some skeptical university finance guy asking a Neanderthal researcher. “How much are we paying you for this?”

Still, anything that advances science …

Then there’s the vital issue of back hair. Frankly, I can’t tell from my personal DNA report if being Neanderthal-ish means I should or shouldn’t have back hair, but I’m guessing it’s the former. I have back hair. I even have ear hair, elbow hair and back-of-my-knees hair. If I stayed seated for a solid week, hairs would probably sprout from the soles of my feet.

Anyway, as part Neanderthal, I now intend to study my ancient ancestors. But grateful as I am for the scientific test results, instead of genomes and stuff, I intend to base my research solely on the Internet’s reconstructed Neanderthal pictures.  My findings so far …

Neanderthals were not classy dressers. Mostly, they wore the skin their last meal came wrapped in. The ramifications of this are far-reaching.

Like, Neanderthal women would never be chosen on “The Bachelor.”  Not even by Neanderthal guys. They were what scientists would call “really, really homely.” A Neanderthal bride wouldn’t look good, even wearing a Vera Wang wedding dress. As for a Neanderthal groom, same thing. Sure, you could button one into a nice tux, but he’d still try to cook and eat some of the bridesmaids.

And another thing … If you ever went out to dinner with a Neanderthal, you’d want to be careful who figured the tip. That is because studying their faces, you encounter a broad spectrum of intelligence. Some of those pictured look pretty “with-it.” These were undoubtedly the Neanderthal equivalents of used-car salesman, politicians and televangelists.

Others obviously weren’t what you’d call, “the sharpest tusks on the mammoth.” These Neanderthals looked like their response to everything they encountered would be “Huh?”

“Your furry pants are on fire!”

In fact back in 1866, before Neanderthals became popularly known as Neanderthals, some German guy named Ernst Haeckel suggested they be given the Latin name “homo stupidus.” Another observation: After that crack, if some Neanderthals had cornered Haeckel in a dark alley, he’d have been renamed “homo deadus.”

Also, Neanderthals didn’t eat their vegetables. They were much more into chewing red deer, reindeer, ibex, wild boar, rhinos and even aurochs, which were large tasty cows that are now extinct.  A handful of wild asparagus? That was strictly “fall back” food.

This only further confirms my status as a Neanderthal. Make that a meat-eating, veggie-spurning, Irish Neanderthal, taters excepted, of course. That’s why, soon as this column is finished, I’m heading to McDonald’s for a Big Mac, fries and a Shamrock Shake.