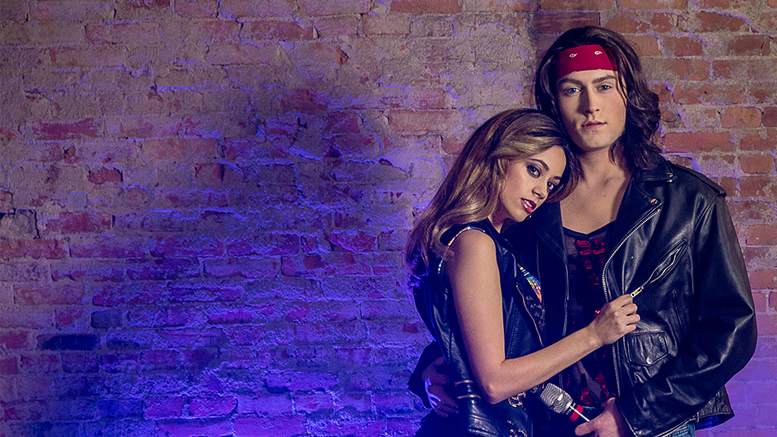 Muncie, IN – It’s your classic boy-meets-girl story, but with bigger hair and totally awesome ‘80s soundtrack. 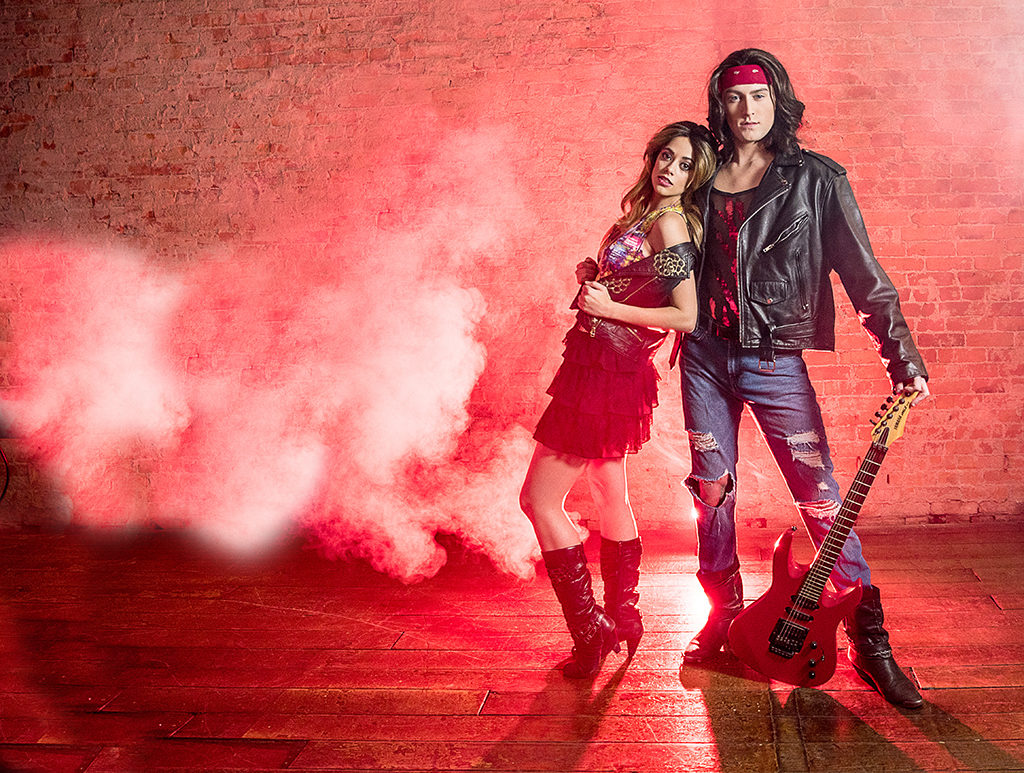 “Set in the mid to late ‘80s, ‘Rock of Ages’ centers around the Sunset Strip, and is an energetic tribute to classic rock,” said director Craig Underwood. “Promising to be ‘nothin’ but a good time,’ ‘Rock of Ages’ (ROA) mixes classic musical story lines into one over-the-top production. A small town girl comes to the big city, boy meets girl then boy loses girl, and everyone could lose everything to scheming real estate developers. ‘ROA’ promises to be a little slice of 1980s ‘Heaven!’ “The aforementioned small town girl (“living in a lonely world”) is Sherrie, played by Alex Oechsel.“Ultimately, Sherrie has to learn how to handle failure and mistakes, and understand that life may not always go as planned, but it may lead you in a direction that you didn’t know you wanted so much more!” Oechsel said. “And of course, Sherrie is always dressed to impress, and that means her hair is continuously voluminous and full of hairspray!”

Oechsel, who has rocked Civic’s stage before (“Carrie: The Musical”), said “Rock of Ages” is “one of the most fun shows I have ever worked on.”

The guy navigating audiences through all of the fun is narrator Lonny, played by Nathan Hart.

Lonny, Hart said, is “the failed result of a secret government project to win the Cold War. He is a ball of kinetic energy powered by the electricity of wailing guitar solos and the raw sexuality of androgynous hair band frontmen.”

Sure, but does he have good hair? “I wasn’t sure I liked his hair at first,” Hart noted. “I definitely had to ‘mullet’ over.” (Cue rimshot.)

Robert Dirden, a Ball State University theater instructor, said putting the costumes and hair together for the show brought back some great memories.

“My inspiration was MTV and the ‘Friday Night Videos’ of all my favorite bands,” he said.

Underwood, a Chicago-based actor/director who has helmed six other shows at Civic, admitted that, before rehearsals for this show began, he wasn’t exactly the biggest fan of ‘80s rock.

“However, the last two months have really changed that, and I can’t get the songs out of my head,” he said.

That might have something to do with what he calls an “amazing” cast.

“The voices in this show are out of this world,” he said. “We are truly so lucky they showed up to the audition. We even expanded the cast a bit because they blew us away! You’ll see 33 people singing, dancing and rocking all over the stage. Each person in this cast is working hard to tell this story and really create something special.”

Music direction of the live – yes, live- rock band is by Cody Ricks. Choreographer is Priscilla Ervin. The rad rock lights are being provided by Sight & Sound.

And all of this will come together in a very special location, the newly-restored Muncie Civic main stage auditorium. The theater is located in the historic Boyce Block, which is currently undergoing a major renovation to better serve the Muncie community through youth programs and outreach efforts. The renovations will make the building more accessible for patrons and actors of all ages and abilities.

Your ‘Rock of Ages’ Mix Tape

These are just some of the rad songs you’ll hear in “Rock of Ages” at Civic:

“We Built This City” by Starship

“Nothing But a Good Time” by Poison

“I Wanna Rock” by Twisted Sister

“Too Much Time on My Hands” by Styx

“Shadows of the Night” by Pat Benatar

“I Want to Know What Love Is” by Foreigner

“Here I Go Again” by Whitesnake

“More Than Words” by Extreme