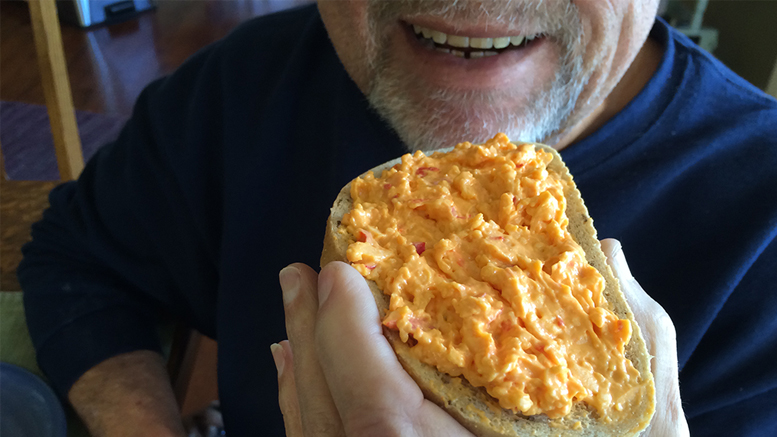 Once I heard a story about a Russian visitor to the United States back in the Cold War days, a woman who was sure tales of our country’s abundance were merely government propaganda. Even while casually strolling through an American supermarket, she staunchly maintained her righteous sense of Soviet doubt and denial.

It wasn’t until she wandered into the toilet paper aisle and saw 30 varieties of cottony soft two-ply and four-ply rolls – none of them suitable for sanding floors, like the Russian kind her hind end had wincingly endured – that the full weight of the truth hit her.

True story? Beats me. Still, that’s how Nancy and I felt recently when we wandered around McGalliard Road’s new Pay Less Super Market, fully six months or whatever after the closure of our tried-and-true old Marsh stores there and on Tillotson Avenue.

“Look at those Doritos!” I gasped in wide-eyed wonder, like a Russian émigré who hadn’t eaten anything but beets and borscht his whole life. “And they’ve got Tuna Helper! And A1 Steak Sauce! And those little plastic cups of chocolate pudding, right over there just a stone’s throw away from the pimiento cheese spread!”

But as I cried, I was reminded of the words of English poet John Donne, who famously wrote, “No grocery store is an island. … Any grocery store’s closure diminishes me, because I am involved in grocery, um, storekind.”

OK, OK. Technically, Donne substituted the word “man” for “grocery store,” and “mankind” for “storekind,” and “death” for “closure,” but you get his drift. Grocery stores are vitally important enterprises. And when you are used to a full-service grocery store being located close to your home, the loss of that grocery store can be a hard thing for a privileged American male of limited shopping ability to cope with.

Sure, female cynics who routinely tear through most of America’s grocery shopping may sneer, “Well, dumbbell, just find yourself another grocery store.”

To which I disdainfully reply,“But what if I don’t wanna?”

This is because, being of the male persuasion, I am subject to the ravages of grocery-store blindness. This is a real thing. Seriously. It’s probably even on the Internet.

You see, the vast majority of guys have trouble finding what they are looking for in grocery stores due to some kind of genetic eye-brain-hand disconnection that involves shopping. It took me an entire decade to learn my way around my old Marsh store. And even then, every now and again some godless corporate jokester would mess with our heads by moving everything around for no good reason. Nancy could always tell when this happened, because she’d send me out for noodles at noon and six hours later I wouldn’t be home yet.

When she finally went to the store looking for me, I’d be one of the guys shambling around with blank zombie stares on our faces, our shopping carts rolling over rotted body parts that had fallen off in the aisles, darkly muttering things like, “Steak Ums,” and “Bud Light” and “noodles.” Then she would lead me, noodle-less, back home.

Yes, it was traumatic. But now, having been without a nearby grocery store for so long, I more fully appreciate our new one.

By wandering around in a delighted daze, I’ve already learned the regular loaves of bread are located on the far west side of the store, while the cool loaves of bakery bread are on the far east side. What’s more, I also know those bags of onion and honey mustard pretzel chunks are about thirty feet north of the kettle chips. I know where the beer is, too, as well as where the flowers are. This is handy should I need to buy a bouquet as a quick apology for some act of man-stupidity, like going to the store with strict orders to buy carrots and milk but accidentally returning with pork rinds and tequila coolers.

The rest of the world? Lord knows it’s as screwed up as ever. But the grocery store world?