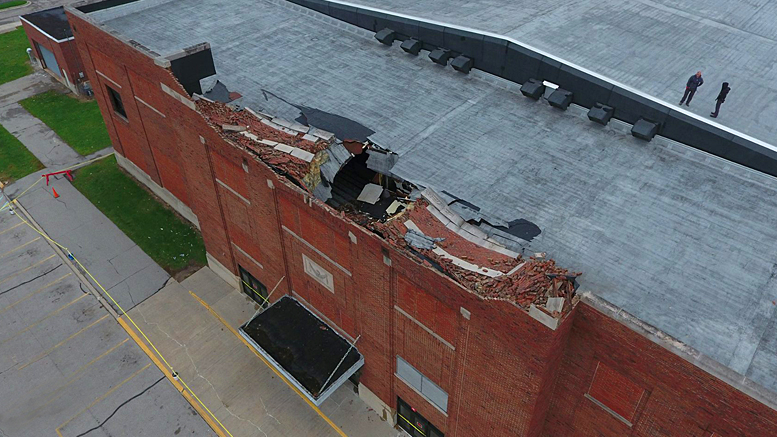 Damage to the Muncie Fieldhouse roof as photographed by: Roger Overbey

Muncie, IN—For days prior to November 5th, area meteorologists were warning ECI residents that a significant weather event could take place here. In fact, The Weather Channel™ upgraded our area to a TORCON Level 5, meaning there was a 50 % chance a tornado could occur within 50 miles of your residence.  Waves of low pressure moved along a strong cold front on November 5th, generating strong to severe thunderstorms. And a tornado or two.

Mayor Dennis Tyler was at home enjoying time with his grandson, but still monitoring the weather.

“I was home with my wife and our 12-year-old grandson, CJ,” he said.  “When I heard the weather sirens go off,  I knew things were getting serious. A few minutes after the sirens went off, we heard the wind, rain and hail pick up in intensity.  My grandson CJ was in our florida room, which is full of windows, so I went in and asked him to move away from the windows because the weather was getting bad. He said, “Grandpa, when the hail came down by the side of the house, it was going in swirls!”

Radar image that would produce the EF1 tornado in Muncie. Courtesy of: Byron Jackson, owner and meteorologist at Equinox Weather.

Minutes later, Mayor Tyler received a call from Eddie Bell, Fire Chief for the City of Muncie. Mayor Tyler headed downtown to start getting everything coordinated and met up with the fire chief by Concannon’s Bakery.

The two men immediately went to work securing the fieldhouse area and surrounding McKinley neighborhood.  The Muncie Street Department called their people in and got barricades up and generators ready for street lights and stop light outages. Muncie Police Chief Joe Winkle started getting his off-duty officers called in to start canvassing the McKinley neighborhood. Police officers began knocking on doors to see if anyone needed assistance. Kay Walker, and the Center township Trustee’s office was contacted.  Before long, the city had setup a triage and staging area at city hall. 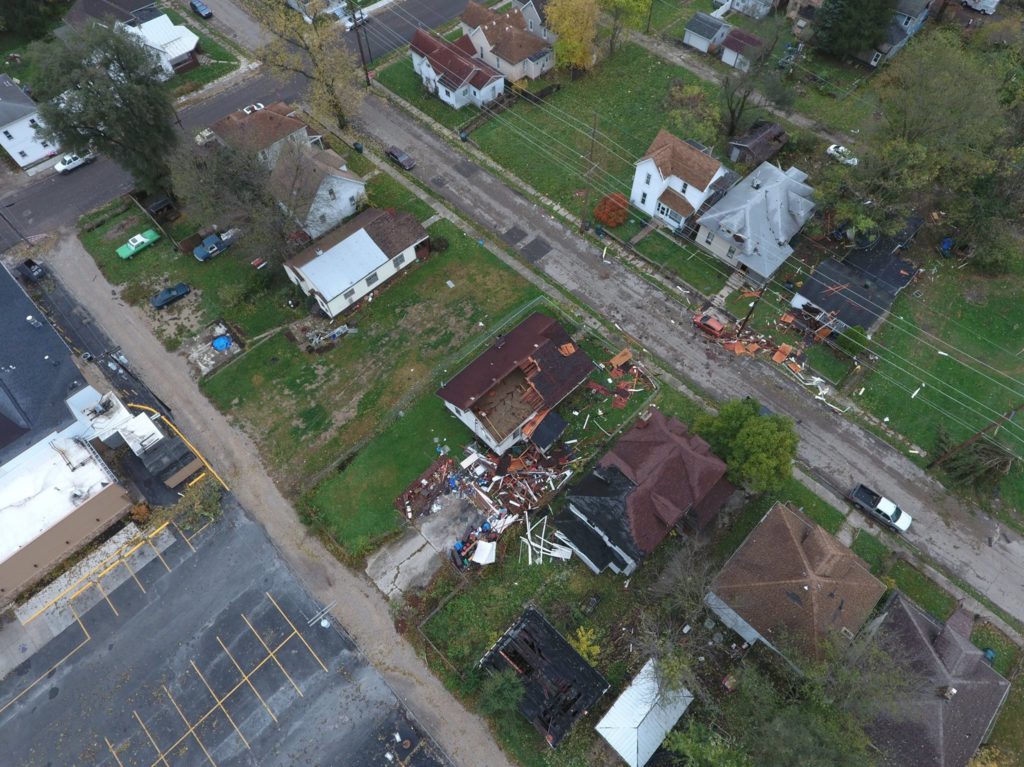 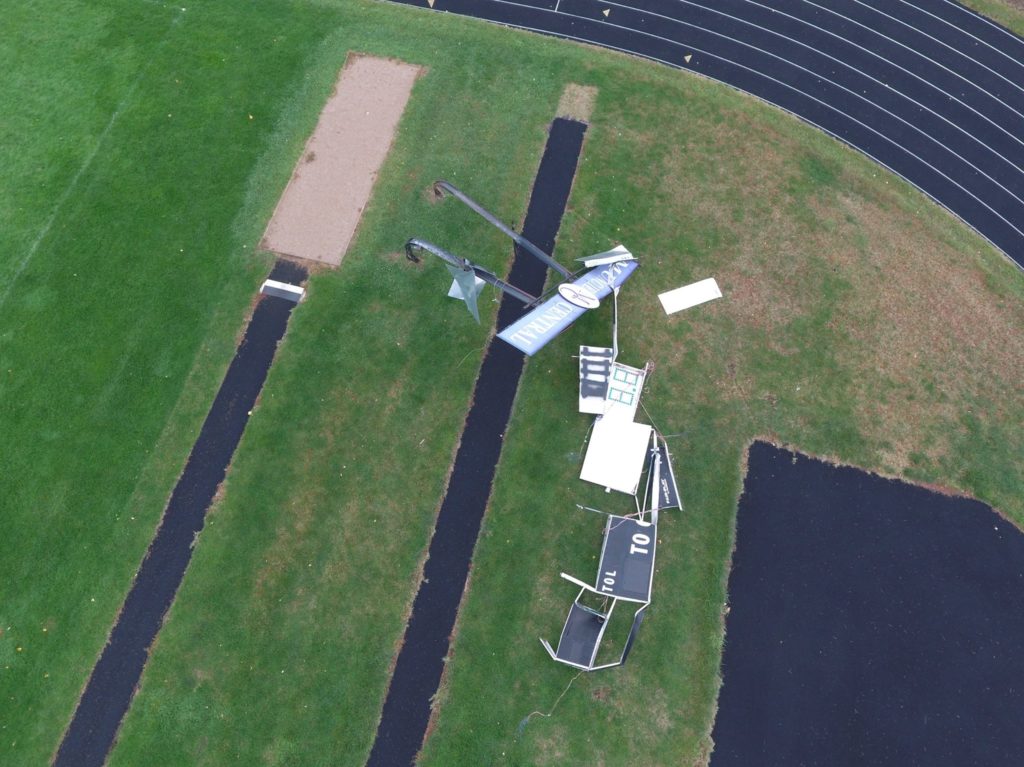 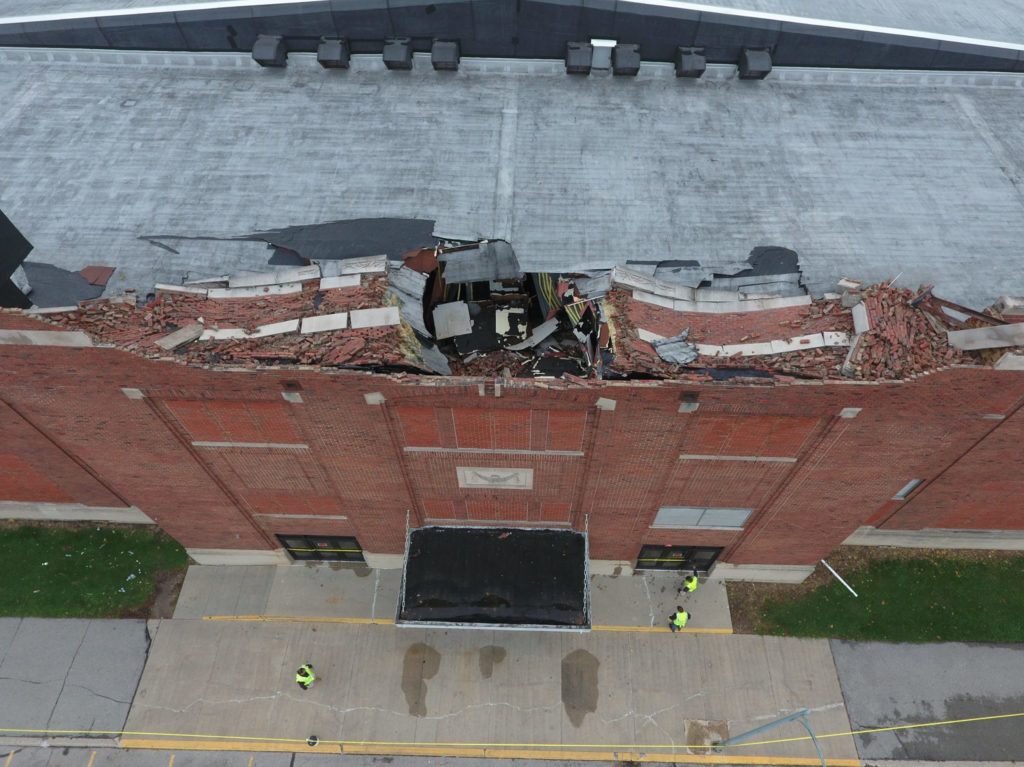 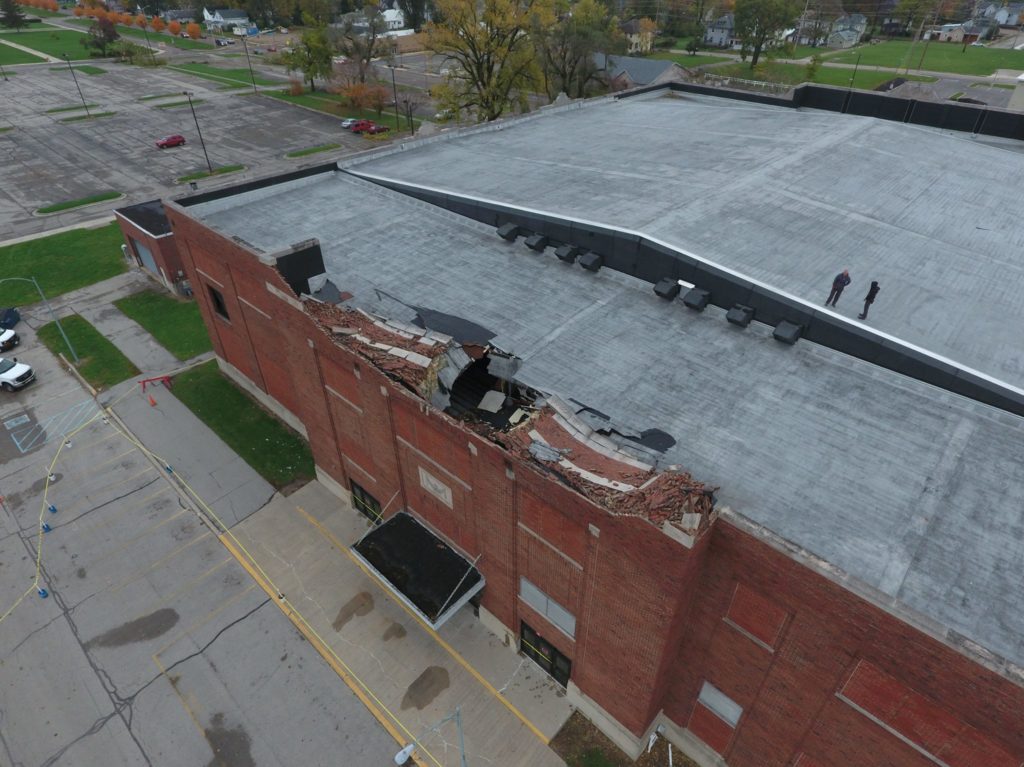 Earlier Sunday afternoon, Steve Lindell was home with his wife Nancy. Steve said, “I was at my house. Sidny Grow was on-air at the time on WLBC.  Sidny and I talked multiple times as I was watching the radar and the severe weather impacting our area. When the warnings impacted the City of Muncie, the severe winds went through my neighborhood—which is not that far from the Muncie Fieldhouse.

“Nancy and I jumped into the WLBC mobile master command (van) which I happened to have parked at my home after attending 100 Men Who Cook the night before.  When we arrived at the Muncie Fieldhouse, we found bedlam there.

“About 4.09 pm, I called Mayor Tyler as well as Chris Walker, Principal at Muncie Central.  I took some pictures and posted them online, while giving radio reports directly from mobile master command. Eventually, I went to the WLBC studio, took over on-air  and did wall-to-wall radio coverage.  At that point, we were almost like a news talk format station. We took calls from listeners, pointed out things people had seen and just tried to keep people as informed as possible. We had countless listeners calling in, trying to add helpful information to the broadcast.”

During the afternoon countless Muncie residents reached out to help each other. Neighbors helped to clean out storm drains to reduce potential flooding in city streets.  Social media was buzzing with tips on power outages and where to get supplies. 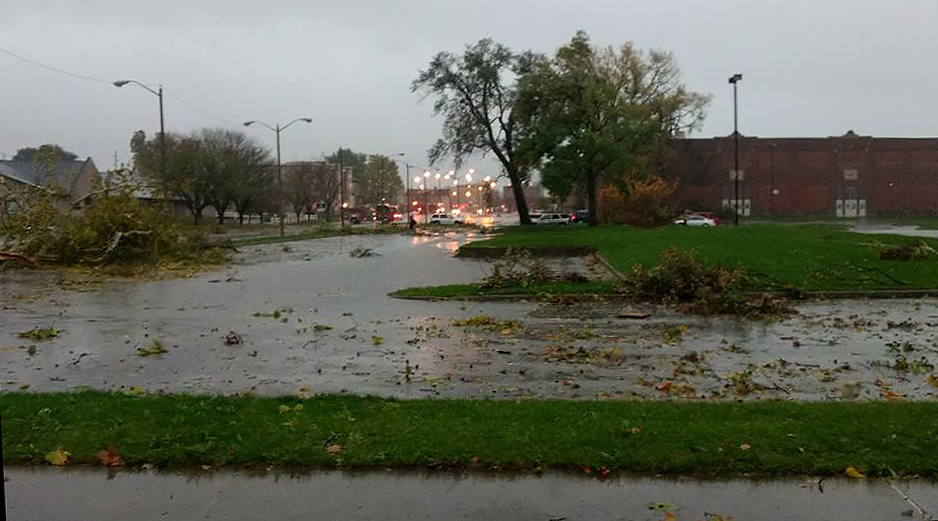 According to Ana Pichardo, Director of Communications for MCS, “After the tornado hit, the Christmas Sing committee met and tried to figure out what to do, because we knew we could not go back into the fieldhouse.  We decided in order to put something of that magnitude together…in another location…in such a short time…we just could not do it. So, we canceled the Christmas Sing. Immediately upon doing that, we received a huge number of phone calls from the public.”

So did the president’s office at Ball State.

Stephanie asked Ana, “What does it take to put on the Christmas Sing event?”

Ana showed her some of WIPB’s past video’s of the Christmas Sing. Stephanie and Ana discussed Emens, and decided the venue just would not work. For two entire days, they tried to work through the problem. Ball State offered Worthen Arena, but could only offer it during the week. That did not work for the Christmas Sing, unfortunately, due to logistics etc. Stephanie continued to work on the problem on the Ball State side.   Finally, Stephanie called Ana back and said, “If you can accept doing rehearsals on Thursday, then do the sing on Sunday, we can make it happen.”

Ball State will do the entire setup for the Thursday rehearsal…tear it all down for basketball games…then set it all up again for the Sunday Christmas Sing.

Ana said, “Ball State has been truly wonderful putting all the logistics together. They have really gone out of their way to make this happen for the community. They’ve provided their manpower, their facilities and are really footing the bill for this entire event.”

MITS has graciously donated their drivers and buses to transport MCS students to the rehearsal on Thursday. The MCS bus company, Auxilio will be providing two buses at Southside Middle School and two buses at Southview Elementary at 1:45pm to transport families to Worthen Arena and then return them after the Christmas Sing.

And so the magic of Christmas happened. In Muncie, IN.
Tremendous partnerships came out of absolute turmoil.
Thank you Ball State University.
Thank you City of Muncie.
Thank you WLBC and Woof Boom Radio.
And thank you to all Muncie residents, unsung heroes, those who worked hard, weathered the storm and were unintentionally not mentioned in this article.