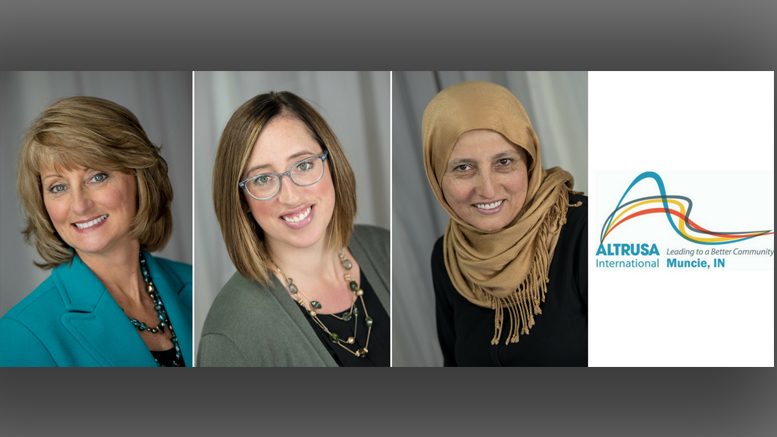 The WIBU Lifetime Achievement Award honors a woman who has dedicated her life to be a leader and role model and is selected by the WIBU Board of Directors. In addition to a framed certificate, WIBU will award a scholarship in Boyd’s name to a full-time, non-traditional female student enrolled in a local college/university.

Carolyn “Buffy” Grieves, WIBU Founder and Ex-Officio Board Member stated, “Delaina is a mentor and highly respected by all who have worked with her.  She gives and gives to the community.  If you want something done or need a brilliant idea, she is your go to person.  She drives you to reach beyond your own ideas and level of expertise and stretches anyone who works with her.”  WIBU couldn’t agree more and was pleased to present her with this award.

The ATHENA Leadership Awards are a nationally-recognized award which WIBU has been pleased to present for nineteen years. From a pool of ten nominees, the ATHENA judges had the unenviable task of choosing the 2017 ATHENA Award Recipients.  In a new twist this year, there was a three-way tie for the ATHENA Leadership Award recipient.  The three tied individual’s nominations were forwarded to ATHENA International for a tie-breaker decision.

The ATHENA Award honors individuals who strive toward the highest levels of professional accomplishment, who excel in their chosen field, have devoted time and energy to their community in a meaningful way, and who open doors for women.

“Bibi Bahrami exemplifies true leadership not only through her tireless volunteerism efforts but also as a mentor. She is described as the most humble and compassionate person you will ever meet and a true advocate for helping others to follow their dreams and visions to make the world a better place. She opens her heart, home, and time to help improve the lives of other people and works to help the impoverished and underprivileged, both here in Muncie and abroad.” wrote her nominator, Gay Nation.

The ATHENA Young Professional Award is a natural extension of the ATHENA Leadership Award.  This award celebrates an emerging leader who demonstrates excellence.  They have already shown, in a short time in their chosen field, that they hold the ideals of the ATHENA and are a role model for young women personally and professionally.

The Altrusa Club of Muncie was recognized and received the ATHENA Organizational Leadership Award for their support of many community organizations and projects.  These projects benefit several non-profits including the Soup Kitchen of Muncie, A Better Way Services, YWCA of Muncie, and By5 Early Childhood Initiative just to name a few.  They serve these organizations by providing financial assistance, programming, and by donating countless volunteer hours.  Their hard work and dedication is truly helping to make our community better.

Award recipients were announced by the previous year’s recipients and in addition to the ATHENA statute, recipients also received a custom-made piece of jewelry by Muncie’s Pazols Jewelers.