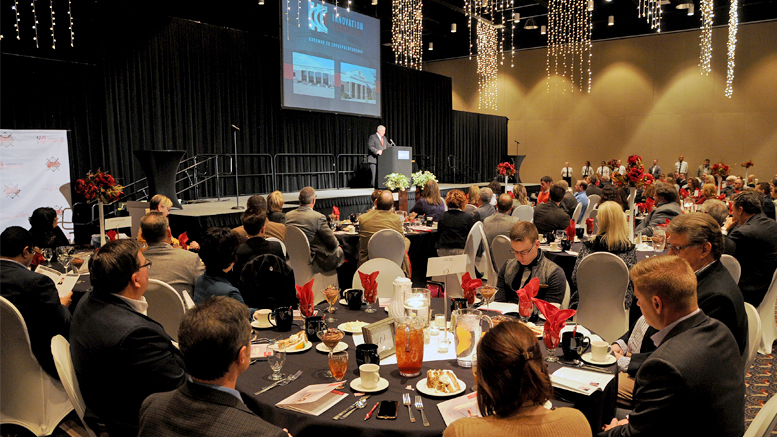 Muncie, IN – Muncie Innovation Connector recently hosted the third annual Excellence in Innovation Awards at the Horizon Convention Center. This celebration recognized leaders in business innovation including those who are well established and others who are emerging.

Mr. Gerry Dick, President and Managing Editor of Grow INdiana Media Ventures, LLC, and InsideINdianaBusiness.com served as the Master of Ceremonies. In addition, Karen E Laine and Mina Starsiak Hawk, better known as Two Chicks and Hammer and stars of the HGTV hits series Good Bones, were the keynote speakers for the evening.

Awards were presented in four categories throughout the evening. Two individuals were recognized for their impact on innovation in East Central Indiana.  Robby Sammelson, a local high school student, was presented with the Young Innovator’s Award for his coding accomplishments on the PhyXTGears team, Delaware County’s FIRST Robotics Competition team. The Excellence in Mentorship Award was awarded to Jeannine Harrold for her service to the community for over 45 years.

Attendees celebrated six business owners and organizations with the 2017 Excellence in Innovation Award. These businesses have demonstrated the entrepreneurial characteristics necessary to remain solid anchors for the business community in East Central Indiana.

In the spirit of innovation, the six finalists of the 2017 BIG Idea Pitch competition delivered their business ideas in live, three-minute pitches to all in attendance. A panel of ten distinguished judges then awarded first through fifth places later in the evening. These six finalists emerged from nearly fifty original ideas during the BIG Idea Pitch. Winners walked away with prize packages totaling nearly $40,000 in cash and services. 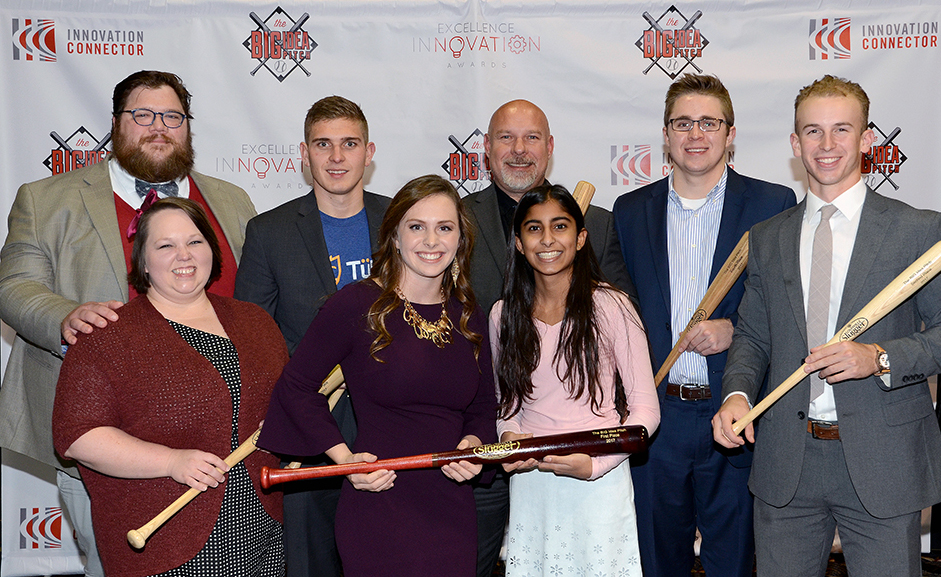 “Our region has a strong base of entrepreneurial and innovative leadership, and it was certainly on display at the Excellence in Innovation Awards. It was energizing to bring together innovators, both young and old, to celebrate the power of the entrepreneurial spirit,” stated Innovation Connector Executive Director, Ted Baker.

“At the Innovation Connector, we want entrepreneurs to get connected  to resources and services offered in the community, which is why we create events like this for local entrepreneurs to connect, develop, and grow their business ideas right here in East Central Indiana.”