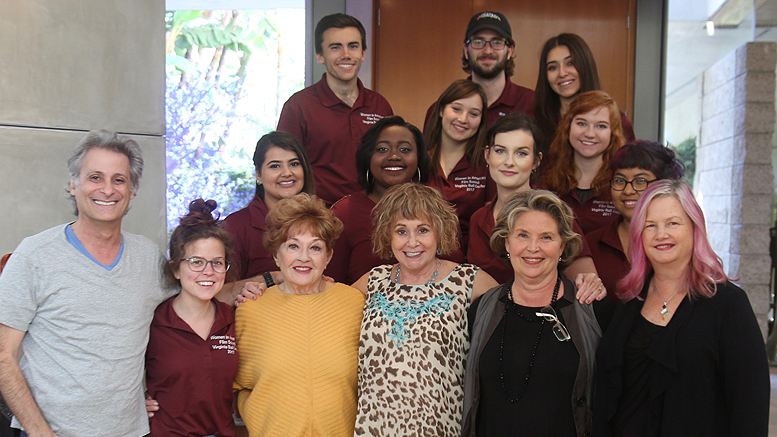 Members of the student crew pose with sound professionals on the set of “Amplified: A Conversation with Women in American Film Sound.” Photo by: Laura Huffman

Muncie, IN—This Sunday, Ball State students will be bringing a new conversation about women in film to the community with the premiere of the documentary, “Amplified: A Conversation with Women in American Film Sound.”

The event will be held at the AMC Showplace in Muncie at 1 p.m on December 3rd.  It includes a screening of the 30-minute film and discussion from students and faculty on the making of the project.

“Amplified” offers a behind-the-scenes perspective on a little-known or talked about industry. While above-the-line workers like actors, directors and producers are well-known to the public, below-the-line crew members are rarely recognized for the significant creative contributions they make to film. 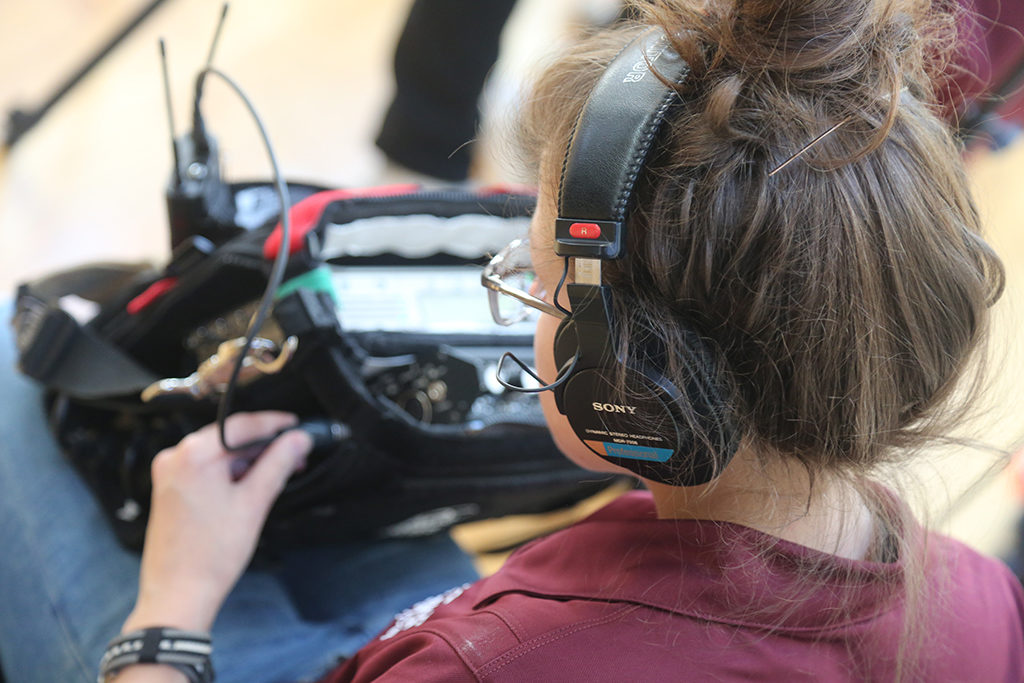 The documentary aims to fix this lack of recognition by profiling the triumphs and struggles of the women in film sound who create movie magic every day.

“Most film goers are unaware of the impact of sound in film, and if they are aware, they usually hear about the men who work in the field,” said Vanessa Theme Ament, the director, producer and telecommunications endowed chair on the project.

Foley artists, sound editors, mixers and other professionals from the New York and Los Angeles film industries were interviewed for the project. They candidly share personal stories about the industry, motherhood, sexism and future hopes. 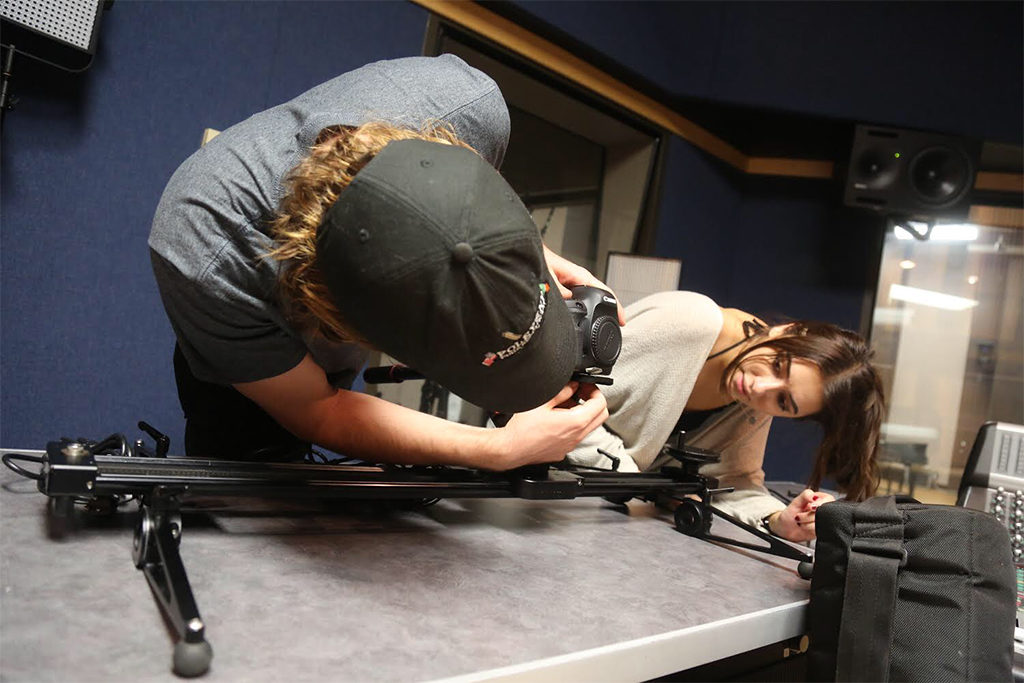 Ball State students Vince Foley and Vanessa Lauby operate a camera on the set of “Amplified: A Conversation with Women in American Film Sound.” Photo by: Laura Huffman

The film was created through Ball State’s Virginia Ball Center for Creative Inquiry by a team of 14 students. Students from the production will discuss the creation of the film at the premiere.

“This project is important because it helps shine a light on the systemic problems within our society,” said Ivie Hiller, a senior telecommunications student who was the production sound mixer and post-production sound editor for the film.

“More often than not, women, LGBTQ+, and people of color are not given the credit they deserve, especially in the film and television industry. I think it’s important that we spread the word about this problem, while also celebrating the women at the same time.”