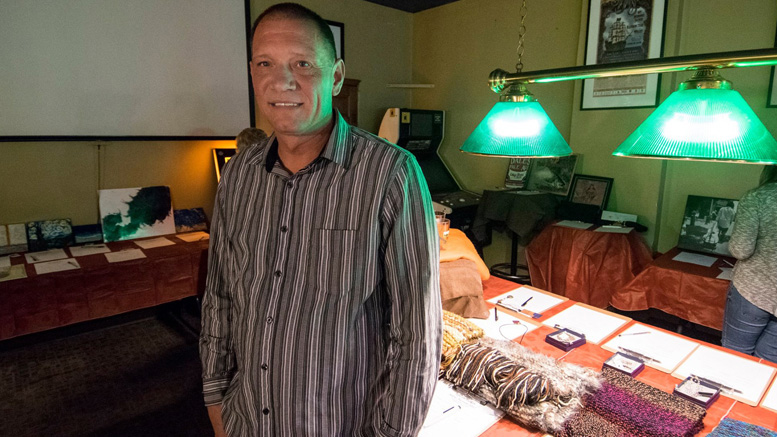 Derek Hilbert is pictured in front of items donated for "Tips for Turkeys" at the Fickle Peach. Photo by: Mike Rhodes

Muncie, IN—Four years ago, Derek Hilbert (D-Rock) had an idea. Four days before Thanksgiving, he found out someone he knew was in need for Thanksgiving. It made him think.

He wondered, “What can I do to help?” He decided to have a spontaneous event at the bar he worked that night, and called his impromptu event,  Tips for Turkey.

“Tips” in this case, included all of Derek’s bartending tips he had received during the night. A Tuesday night.

He raised $250.00 that evening. Six families were helped. One from the downtown community and five additional Muncie families he found at local southside grocery stores. The shoppers had no idea someone was coming up behind them to help them. Derek said, “It was a really emotional experience and we knew we were making at least a small difference in someone’s life…at least temporarily.”

Derek said, “We go out and find unsuspecting shoppers in local grocery stores that we think may be able to benefit from acts of goodwill and kindness. It’s all about changing peoples lives and spreading the love in hopes that they at some point will be able to do the same for other families in need.”

This year Derek hopes to raise enough money for Derek and his associates to take care of over 100 households right here in Muncie.”

In 2015, for example, there was a lady we approached. We got in the grocery line behind her. She was an older woman with two handicapped adult children. The woman could not understand…”Why me?” she said. I explained we just felt like she could use some help.  A brief conversation ensued and the woman began crying.  We paid her entire grocery bill—about $89.00. She was totally in tears. —Derek Hilbert

This year’s event will be held Saturday November 18th at The Fickle Peach in downtown Muncie.  Funds will be raised through raffles and silent auctions with auction items donated by local artists and businesses.

On November 22nd, Derek and his associates will head out to local grocery stores to offer some random acts of financial kindness to those they think have a need.

Starting at 5pm:
*Raffle ticket sales from 7pm to 9pm
* Silent auction from 5pm to 9pm
* Jake Hendershot and the Vintage Reserves will perform from 9pm to midnight

All proceeds will go to local families in need.

Editor’s note: Tips for Turkeys 2017 raised over $7,500. Derek and his associates were able to provide groceries (& kindness) for 151 households in Muncie. YOUR tips & generous donations made this possible. 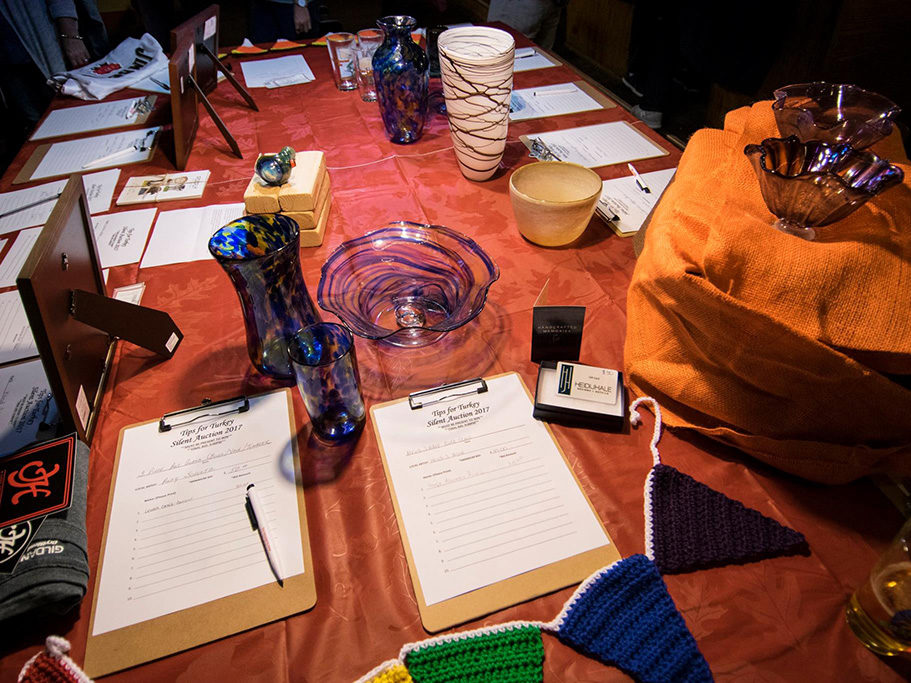 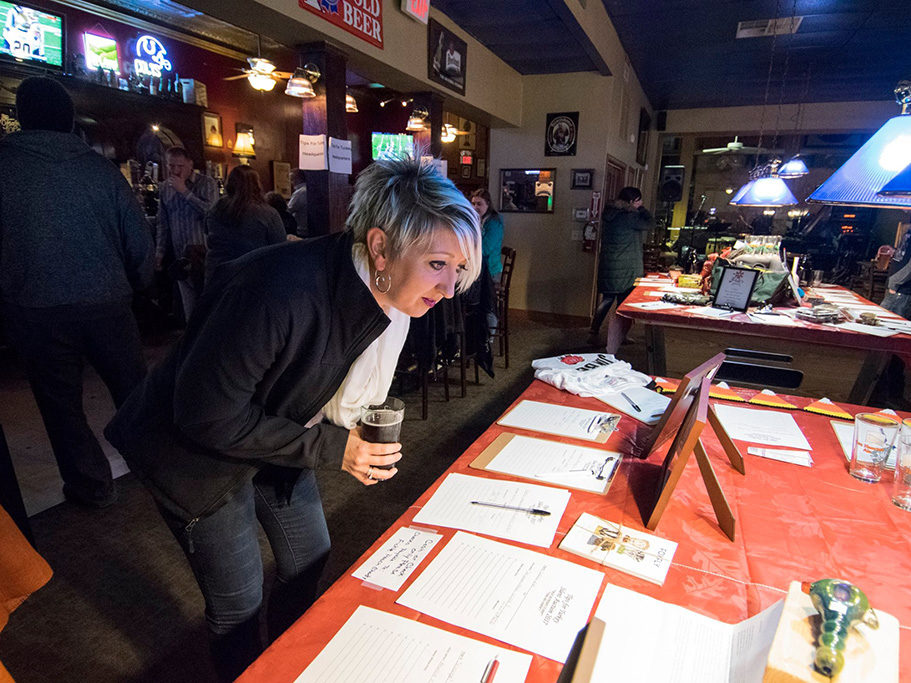 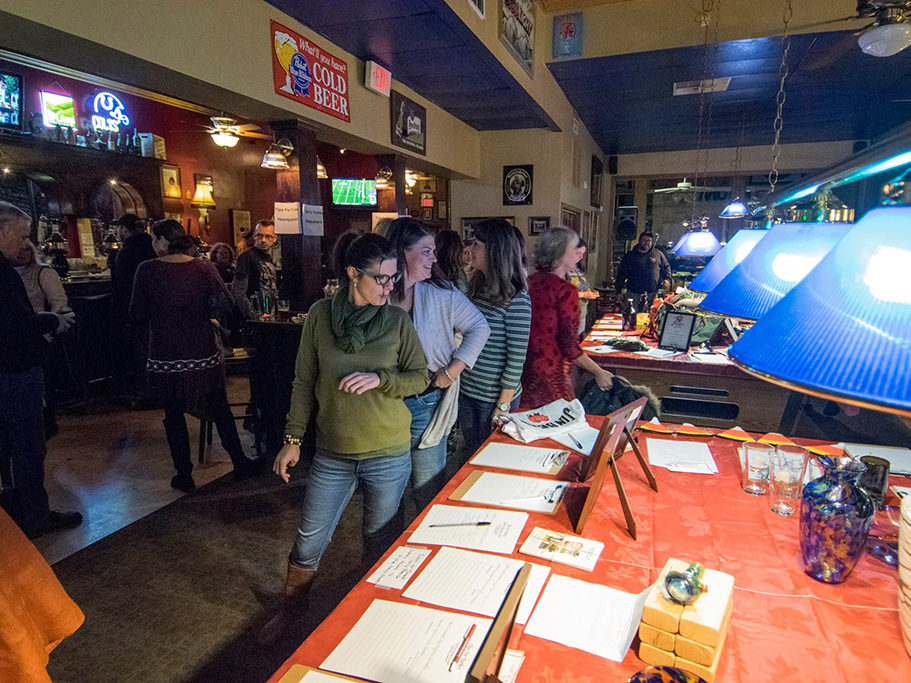 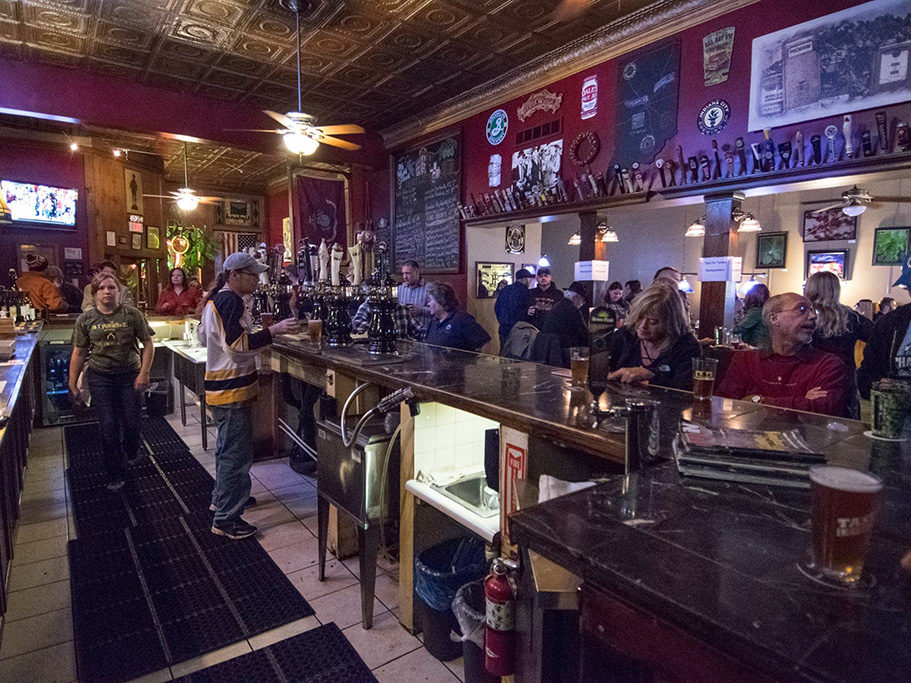 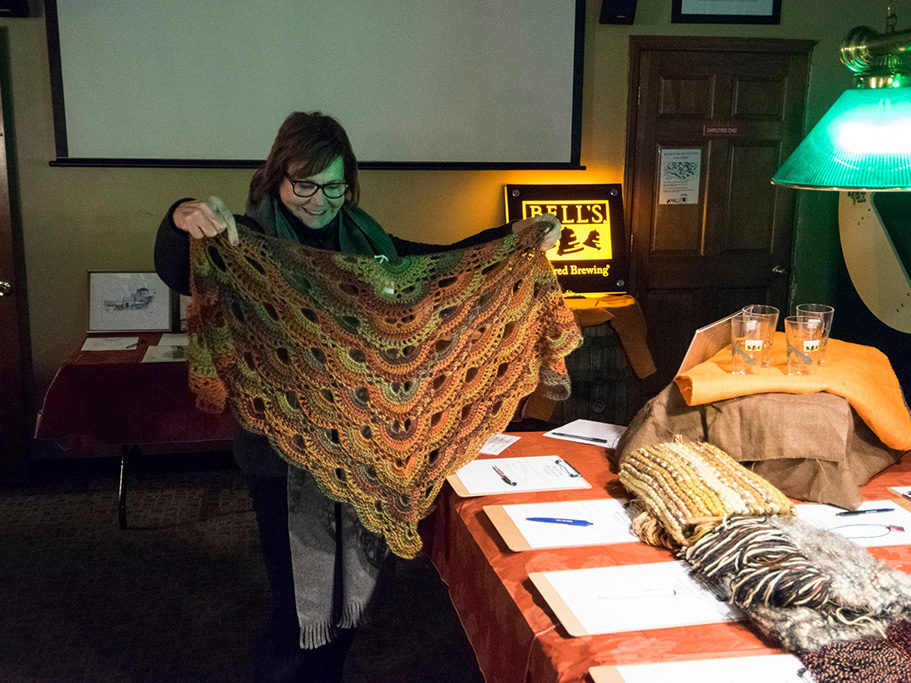 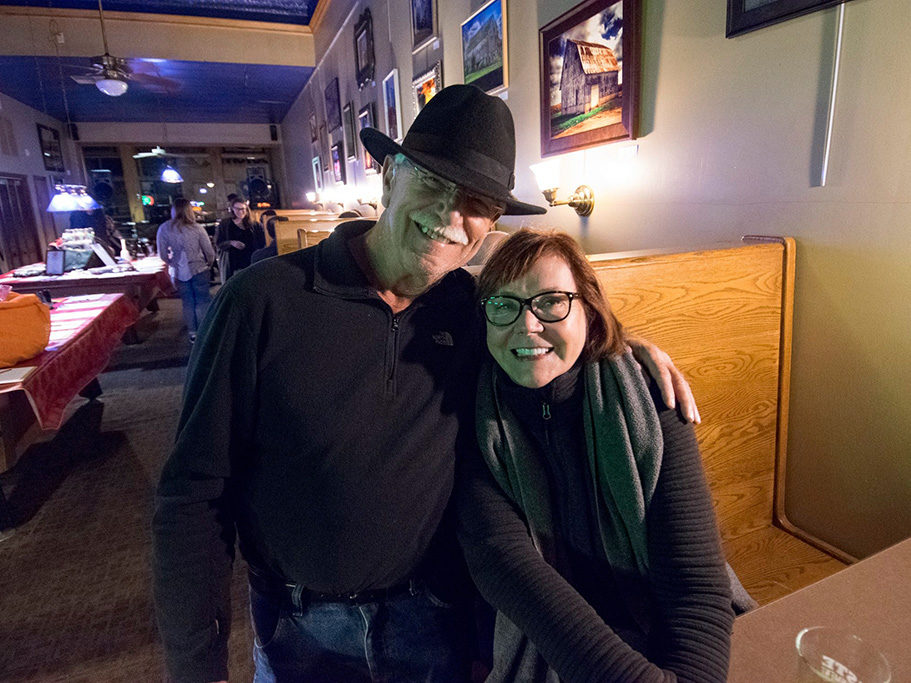 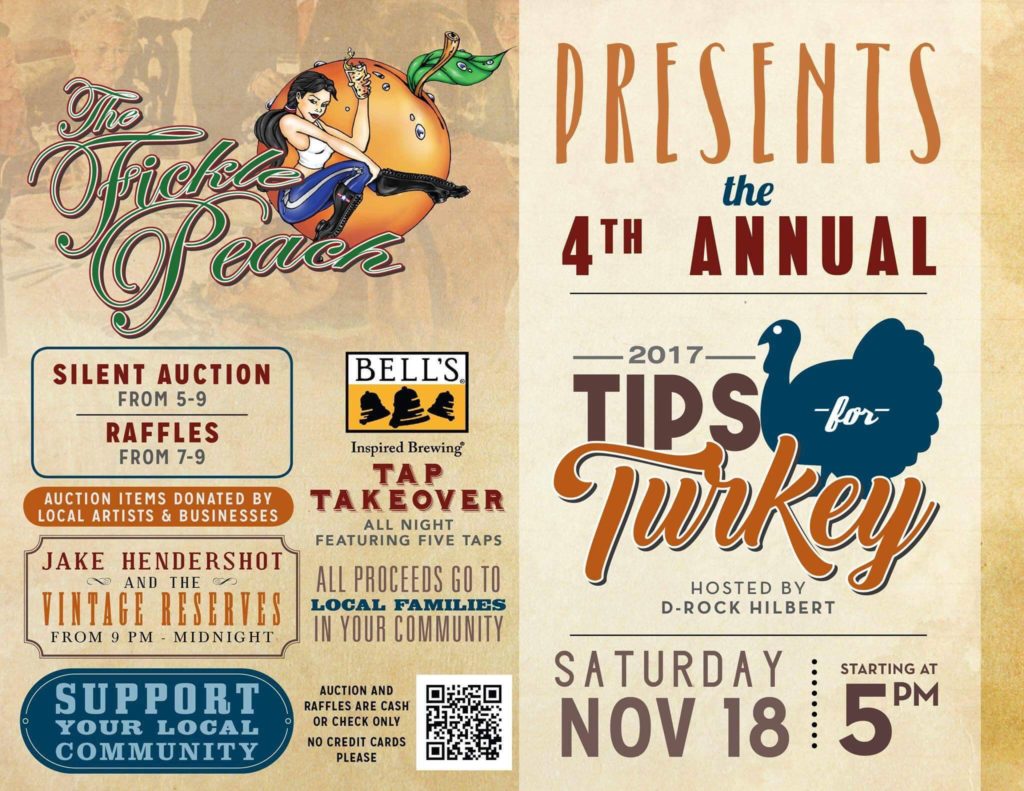