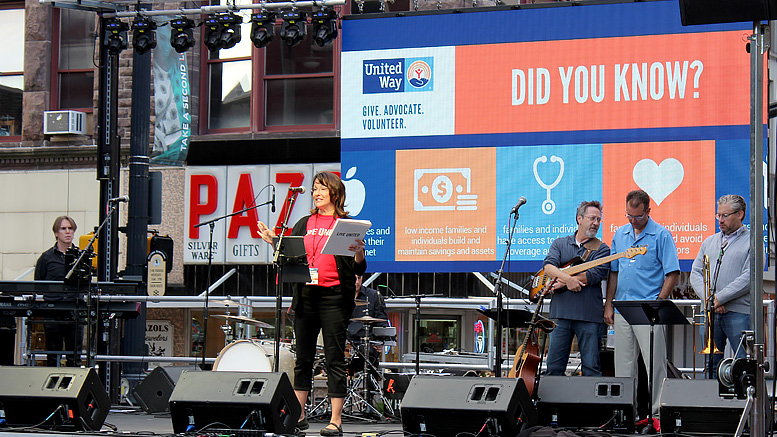 Muncie, IN – With live music in the heart of downtown Muncie, United Way of Delaware County’s first community block party—celebrating the organization’s 2017 Campaign Kick-Off—brought together hundreds of families, volunteers, and dignitaries Thursday evening.

With a campaign theme to Identify the Obstacles, Take on the Impossible, and Conquer Generational Poverty in Delaware County, United Way leaders announced a $1.2 million fundraising goal for the 2017 campaign.

“It was fitting to launch the most important phase of our 2017 campaign surrounded by the growing numbers of people who support us, the people we serve, and those who are learning about the impact of United Way for the very first time,” said Casey Stanley, chair of the 2017 United Way of Delaware County Campaign.

The Kick-Off, celebrated in past years with an early morning breakfast prior to Day of Action, took a decidedly generational shift this year, designed to introduce United Way to a broader demographic of the community. Live music was performed by the Bahama Llama Band, featuring special guests Carl Storie, Cook and Belle, and Jennifer Stanley.

The overarching goal of United Way’s campaign, emphasized at Kick-Off, is to address generational poverty by focusing on childhood literacy. The mission is to end generational poverty first by bringing all third-graders in Delaware County up to grade-level reading standards by 2024—a pivotal indicator of a child’s success in school and life.

Nearly half of the households in Delaware County are either living in poverty or are one unplanned financial crisis away from it. This year’s campaign will enable local nonprofits to strategically provide resources to those working families who need help now, while focusing on a long-term plan to change the trajectory of this county.

“For families fighting to keep their heads above water and make a better life for their children, high-quality childcare and preventative healthcare may seem like costly services that are far out of reach,” said Stanley. “That’s where United Way and its community partners come in.”

In Indiana, more than a half million households live just above the poverty line but below the ALICE—Asset-Limited, Income-Constrained, Employed—threshold, which accounts for the basic costs of living. Combined, ALICE and poverty households account for nearly one in four households in Indiana. In Delaware County, nearly half the households are ALICE families or are living below the poverty line.

“There’s no way to overstate the need our community faces,” said Jenni Marsh, President and CEO of United Way of Delaware County. “Our goal must be bold and must be met in order to provide essential services to these families.” 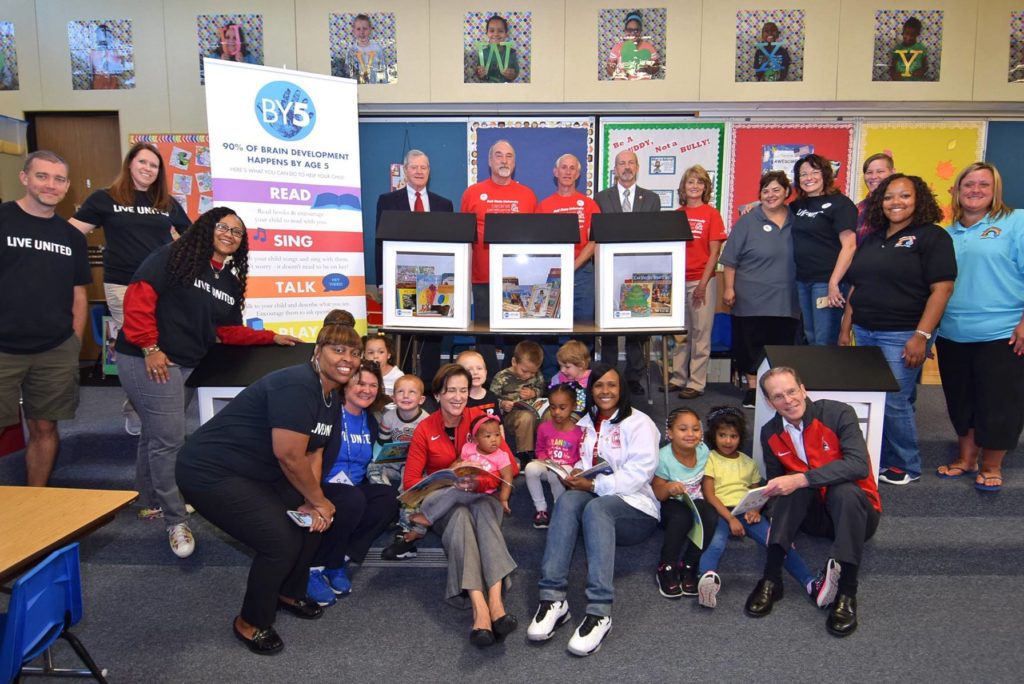 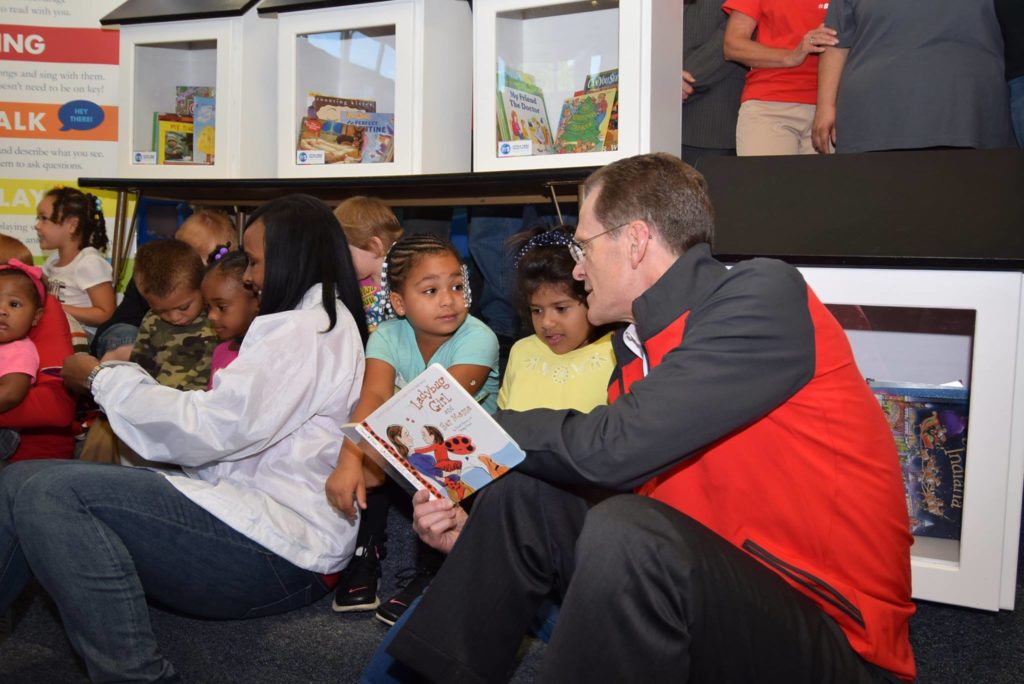 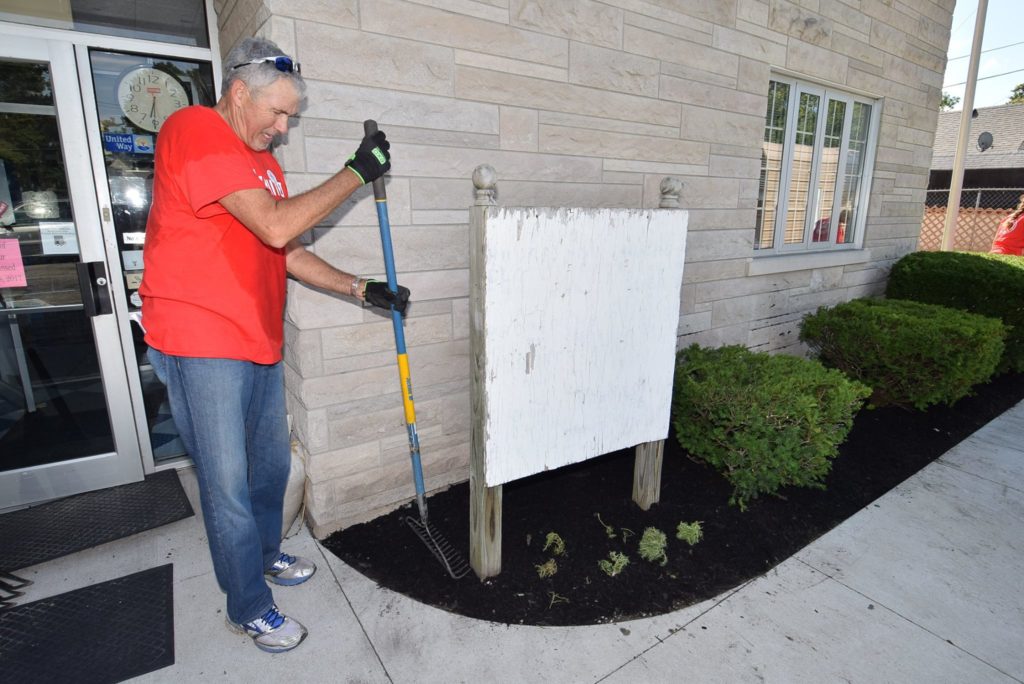 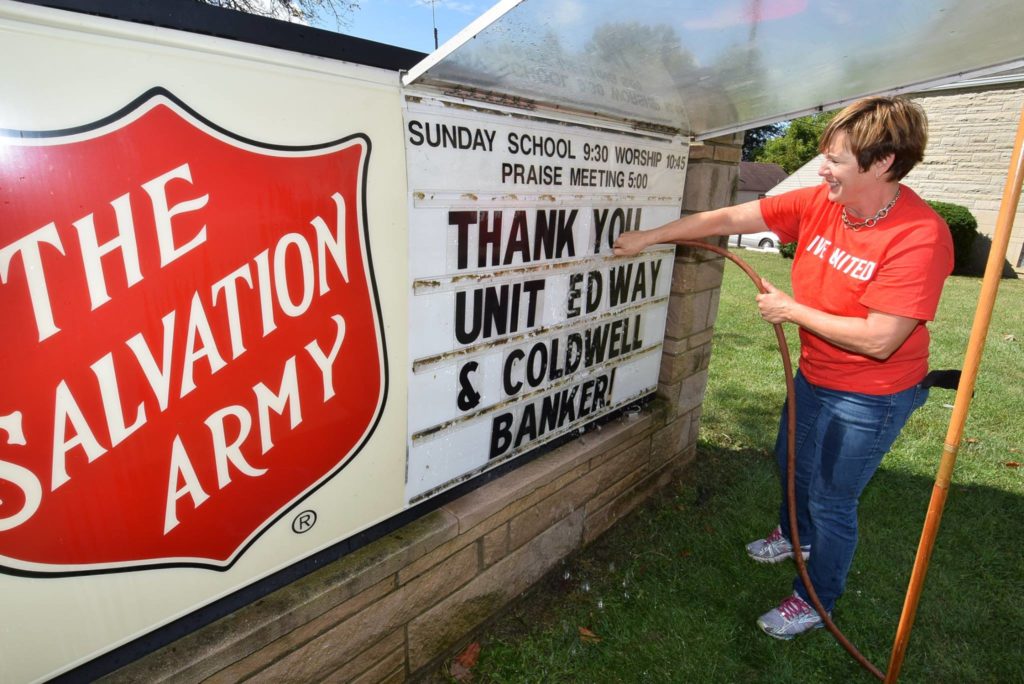 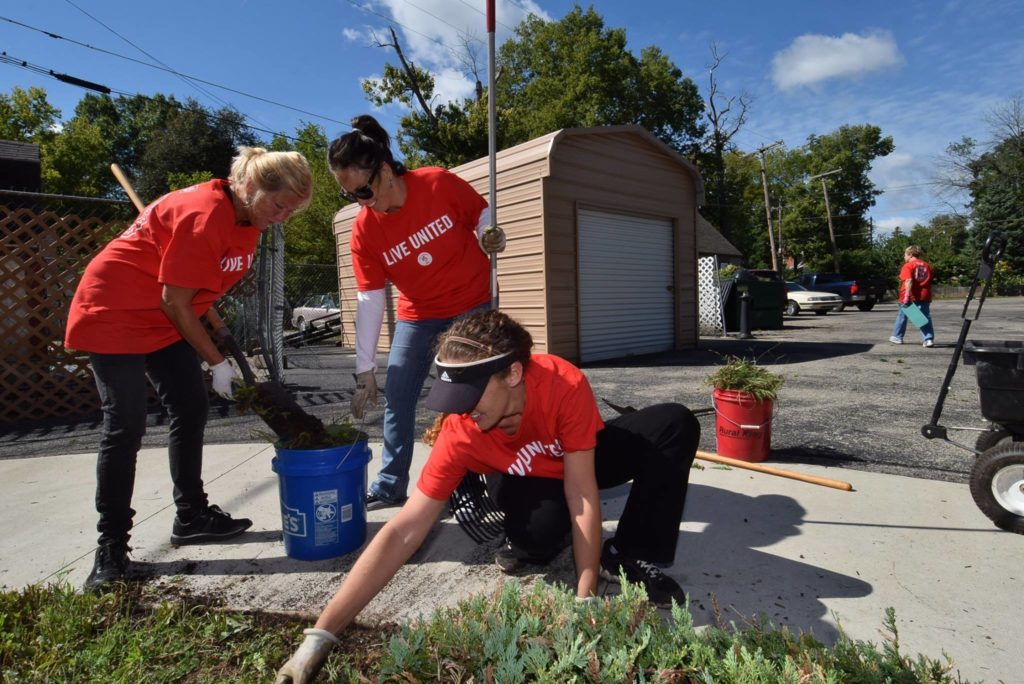 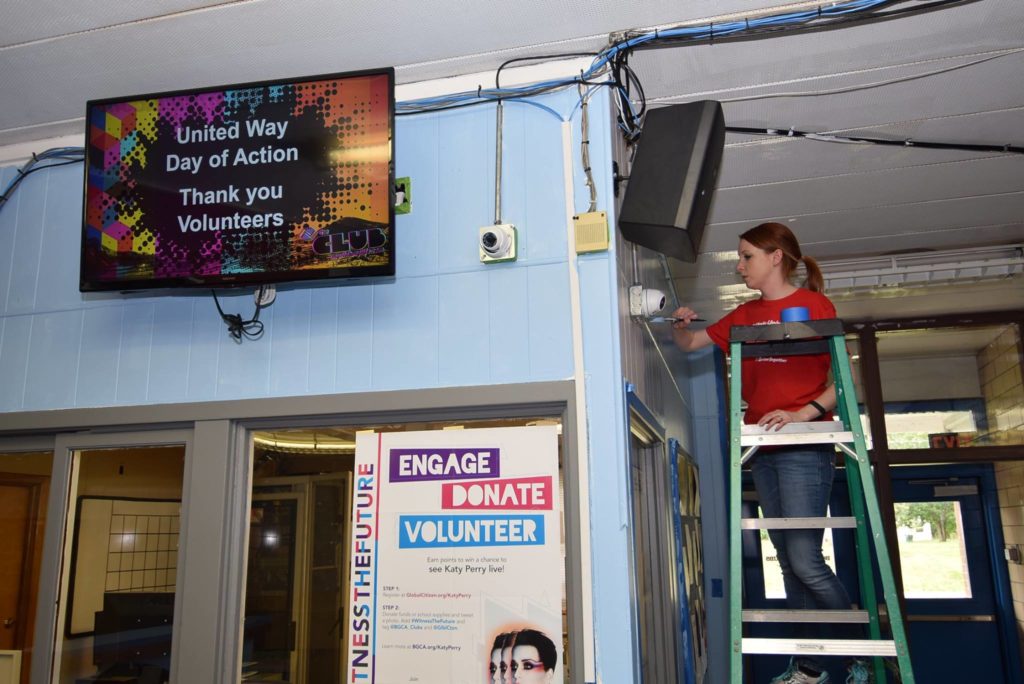 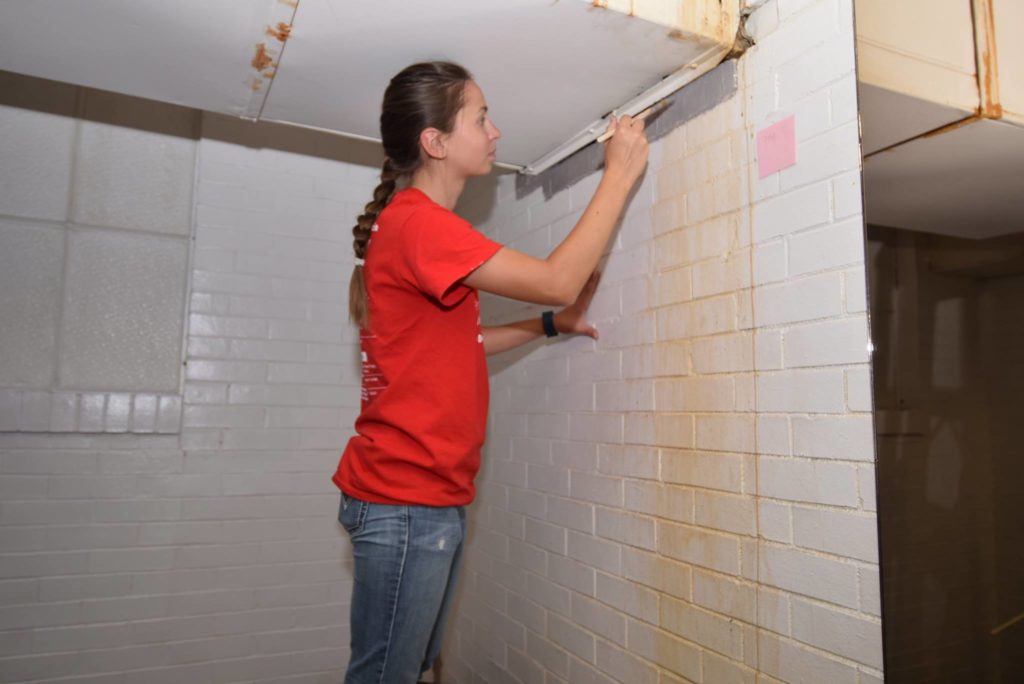 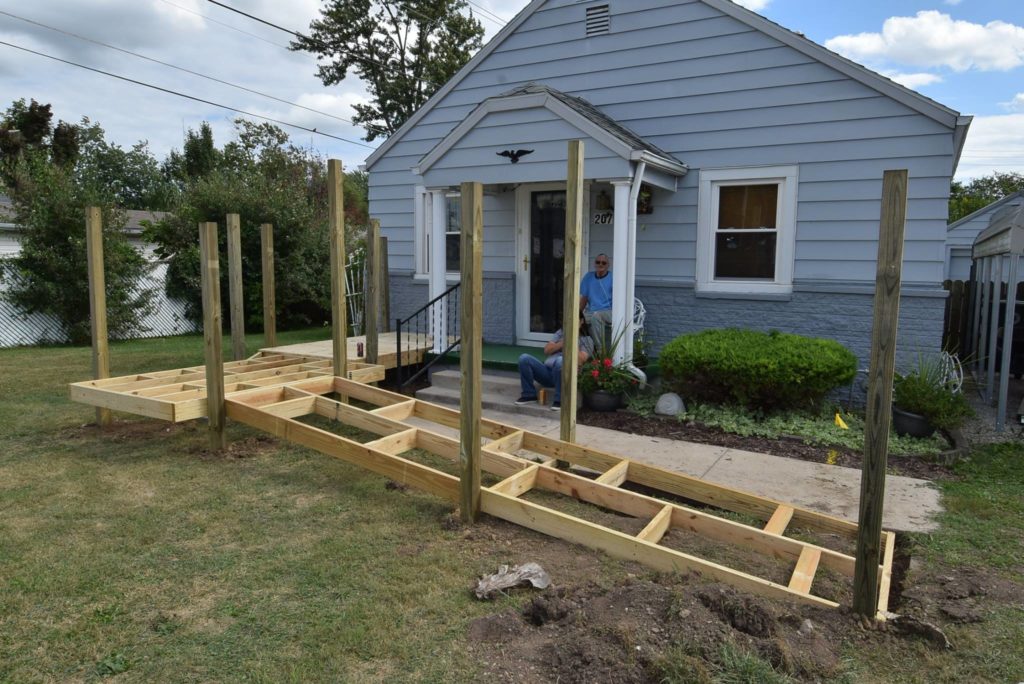 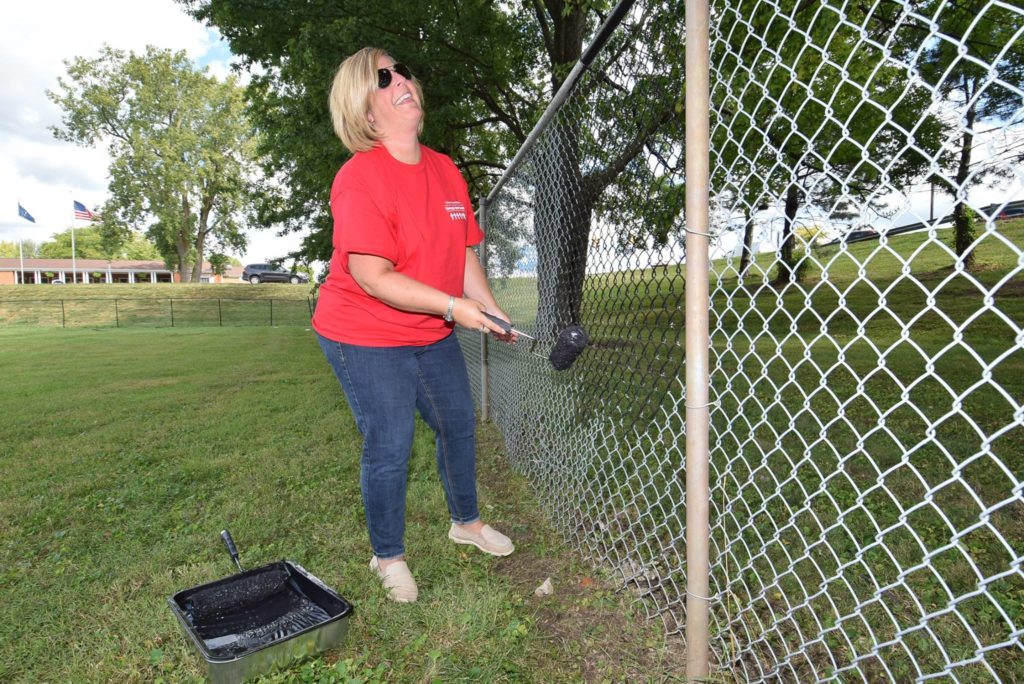 Ball State University President Geoffrey Mearns began his upcoming installation ceremony by joining in Thursday’s Day of Action and Campaign Kick-Off. Mearns, who has pledged Ball State’s support of United Way throughout the campaign, believes that the university and the city are inextricably linked.

“I think that we have a moral obligation to enhance our commitment to Muncie,” said Mearns. “That obligation derives from a simple principle: because we cannot repay those who have nurtured and supported our development, we should pay it forward—to our neighbors and to the next generation.”

“What you do for United Way in this community is create a set of hands that lift people up who you’ll never know,” said Gallagher. “If it weren’t for the community, nonprofits, public sector leaders, and the academics who never knew me, but supported the work that supported me, I wouldn’t be here today.”