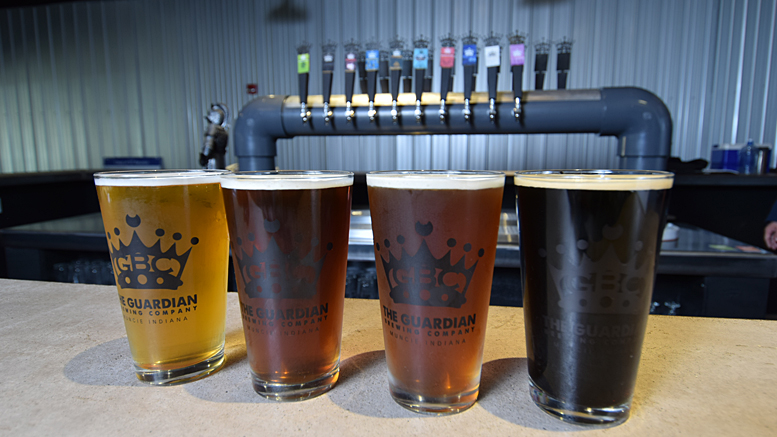 Guardian Brewing Company opened to the public on September 30th inside MadJax.

Muncie, IN—When you walk inside Guardian Brewing Company’s new facilities inside MadJax, it feels huge. Maybe that’s because it is. The operation takes up a whopping 7,250 square feet of space inside MadJax with a capacity of 179 patrons.

Owners Bill Kerr and Jason Phillips and their staff have put in a lot of time, effort, money and sweat-equity moving their operation from White River Plaza to their new home inside MadJax.

Guardian Brewing Company has come a long way from their early days of home brewing.  Bill and Jason started with trial-and-error brewing in their garages back in 2008, when love of beer and brewing became a passion. Jason said, “We had a lot of fun with it. We started with a turkey fryer 7 gallon pot in our garage. Then we went to a 15 gallon pot—then a 25 gallon pot and just kept going and going. We just kept growing it until we designed our own electric brew system. So, from the early days it has been a labor of love. We had a passion for it.” 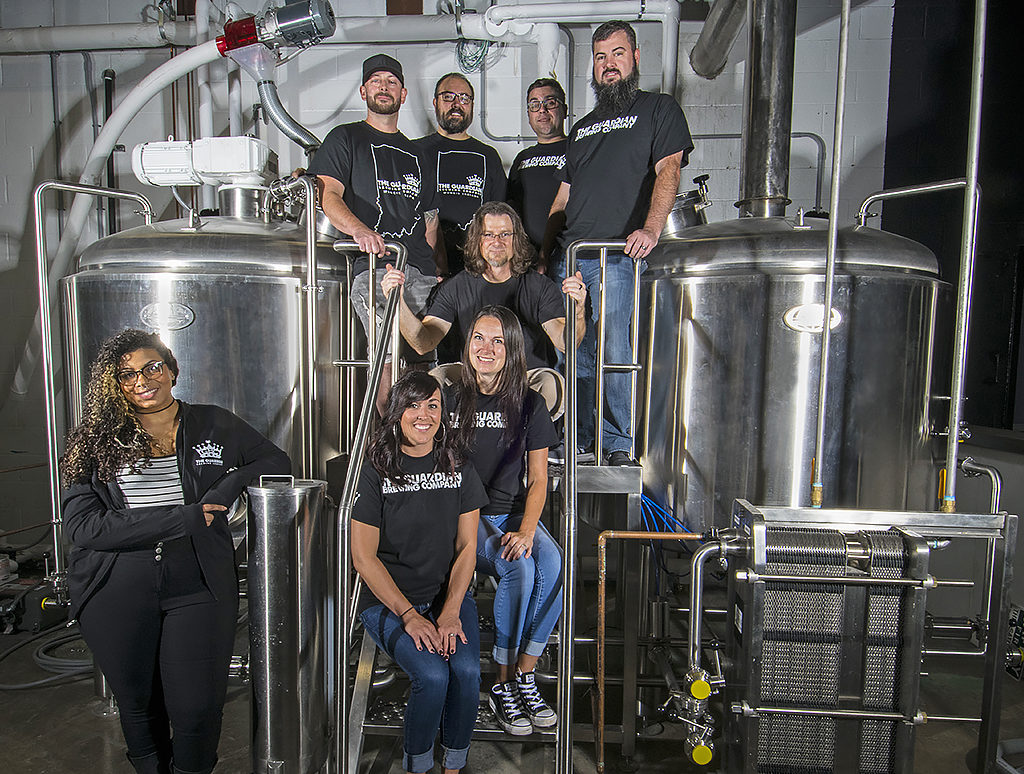 In November of 2015, they moved operations to White River Plaza and became an instant success. After opening the White River Plaza location, they ran out of beer after the first week and had to close for two weeks to make more beer!

“We moved to MadJax because we wanted to be downtown,” said Jason.  “We believe in the MadJax project and the opportunities it provides as a “makers-hub” and as gathering place for people. In terms of business growth, we are going from zero full-time employees at our previous location to having a full-time head brewer, additional full time bartenders, as well as adding additional part time brew staff and wait staff to allow us to expand our hours, with anticipated expansion of a full-time administrative and office staff soon. Once we officially open up the new brew house we will be one of the largest craft production breweries between Indianapolis and Fort Wayne, generating nearly 8 times our previous output of beer per batch. 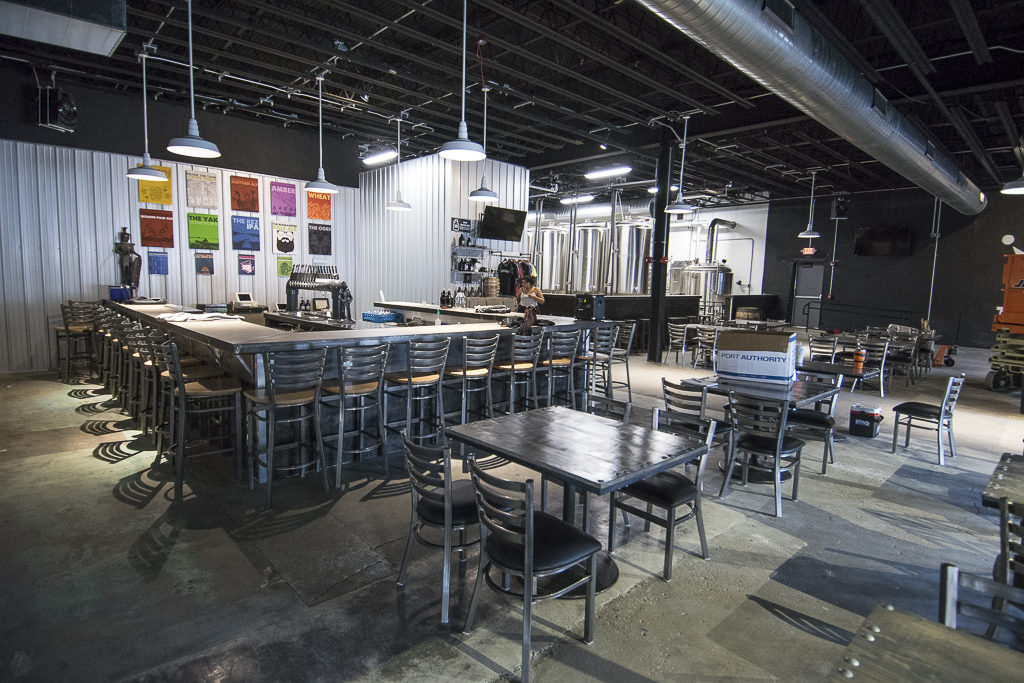 Adding the final touches to the interior of the new Guardian Brewery location as photographed on September 15th. So close to finishing. Almost there! (Click image for larger photo view.) Photo by: Mike Rhodes

“Within MadJax we have had the opportunity to form collaborative relationships now, and even before we started moving in. Tribune Showprint has printed coasters, stickers, and t-shirts for us for over a year, and we are exploring future products with them. We have been in the building to provide refreshing beers for all the people enjoying the art installations at several different events recently and in the last year. In terms of the “makerspace” component of MadJax, we have plans to grow the maker culture and plan to embrace the homebrewing community by hosting brew days, competitions and helping people get some hands-on experience and training with brewing. The brewery is also a great outlet for artists and other craftsmen and we will be tapping into the local artists for labeling, decor, live entertainment and many other things I’m sure we haven’t even thought of.” 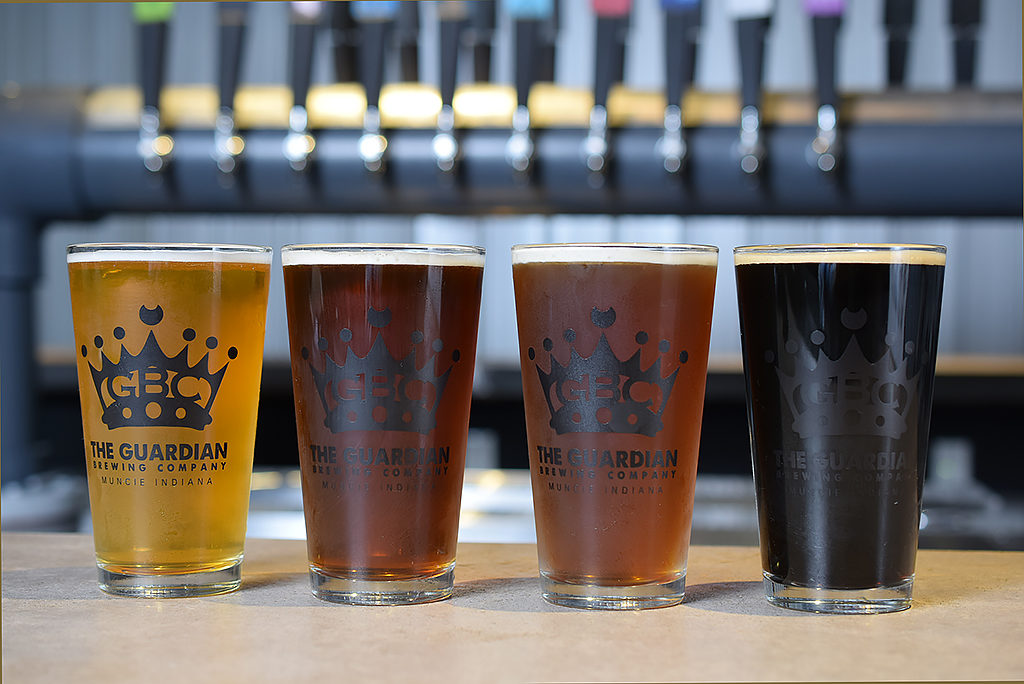 While the Guardian Brewing Company has developed 70-80 different beers of their own, there are a few that are continuously popular with customers. Many local establishments in Muncie such as The Fickle Peach, Heorot, Twin Archer Brew Pub, and Savages Ale House serve beer brewed by Guardian. Some of their most popular beers are listed from left-to-right in the photo above, and descriptions are below:

Chirptown Session Pale Ale
Pale Ale
ABV: 4%    IBU:30
A clean, crisp and light bodied pale ale. A great beer for those who don’t crave the heavy hop flavor or dark roasted malts. It’s 3rd and long and you’re down by 3. Go for it! Chirp! Chirp!

The Rez
India Pale Ale
ABV: 6%    IBU:81    IN: 56%
A decidedly hoppy and bitter pale ale. A clean malt profile allows the heavy addition of a variety of hop character to come through. Citrusy, floral, resinous overtones are front and center, with a clean finish.

Beauty School Dropout Amber
American Amber
ABV:  6%    IBU: 28:
This roasty and malty beer is an easy drinker! Generous additions of caramel and crystal malts give it a solid body and toasty flavors. Medium hop additions balance well with the malt-forward flavor profile. Even though this one didn’t make it all the way through school, it’s still a beautiful ale! The name of this beer is a nod to our previous location in White River Plaza was once home to Amber’s Beauty School.

Frank The Tank Coffee Stout
Coffee Stout
ABV: 8%    IBU:41    IN: 70%
This Stout is made with specially prepared cold brew coffee supplied by the Frank at the Caffeinery Coffee Shop in Downtown Muncie. Solid coffee aroma and roastiness with a slightly sweet finish. Dark, with garnet red colors. Highly roasted malts, with flavors of chocolate and caramel as well. Low hop flavor and only enough bitterness to offset the sweet character. Get your coffee and ale fix all in one pint!

The ultimate goal of the Guardian Brewing Company is to can and distribute their beer to retailers around the state.

While the opening is scheduled to take place on September 30th, you’ll want to LIKE and FOLLOW them on their Facebook page, as the announcement will be made there. 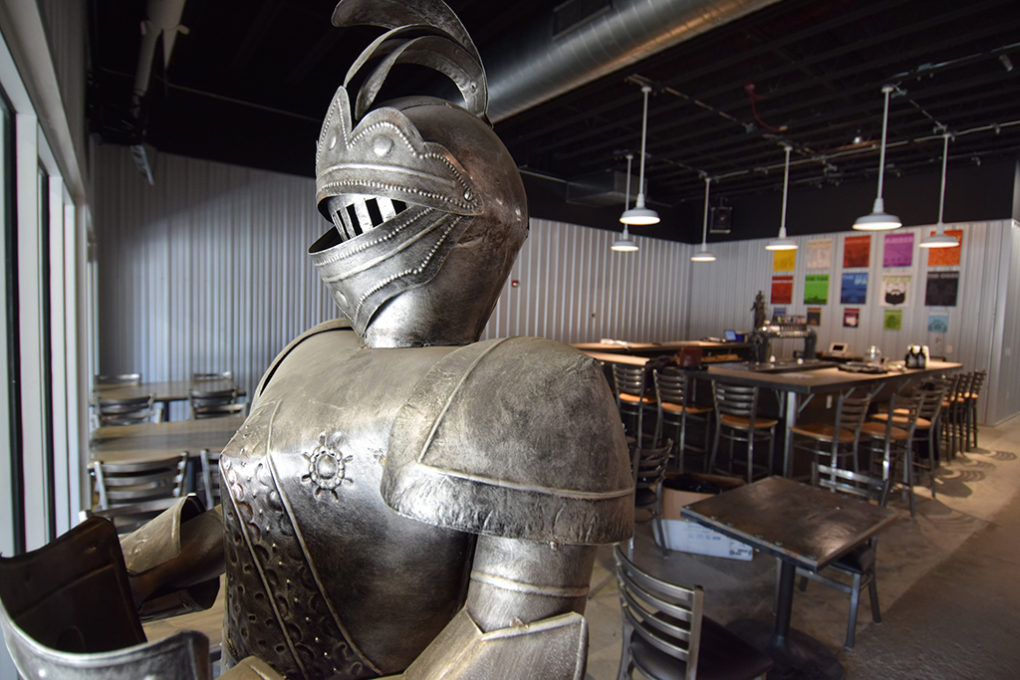 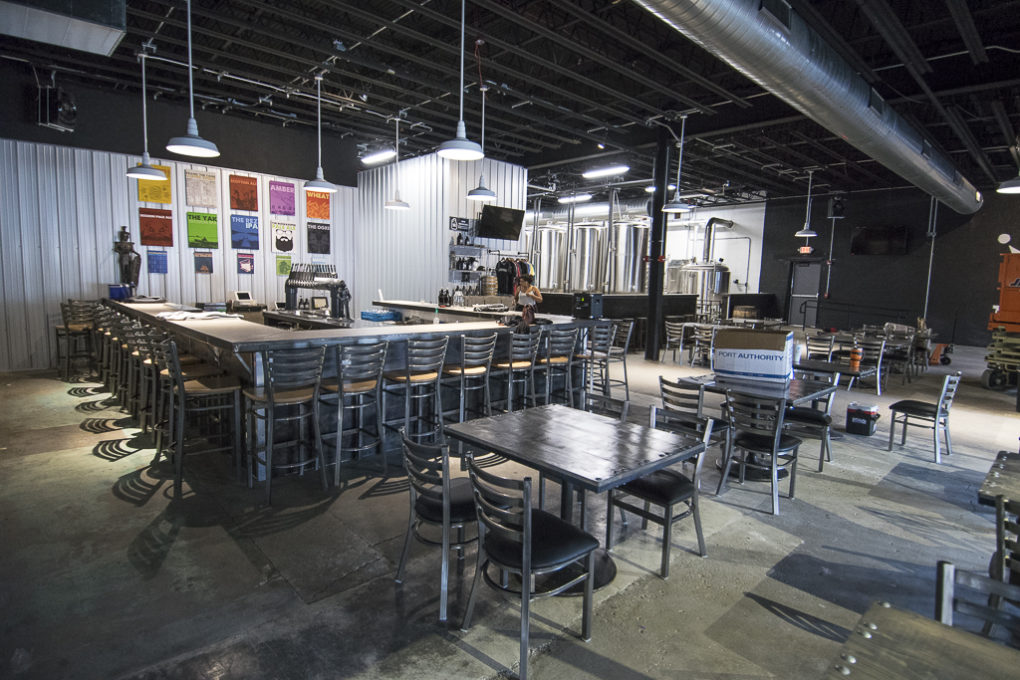 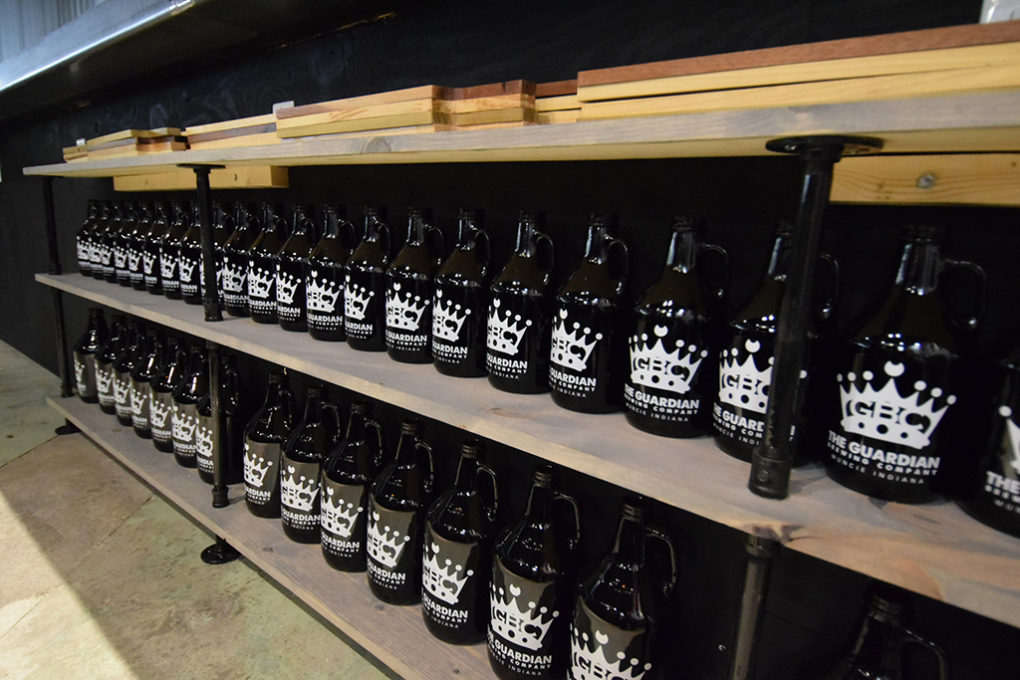 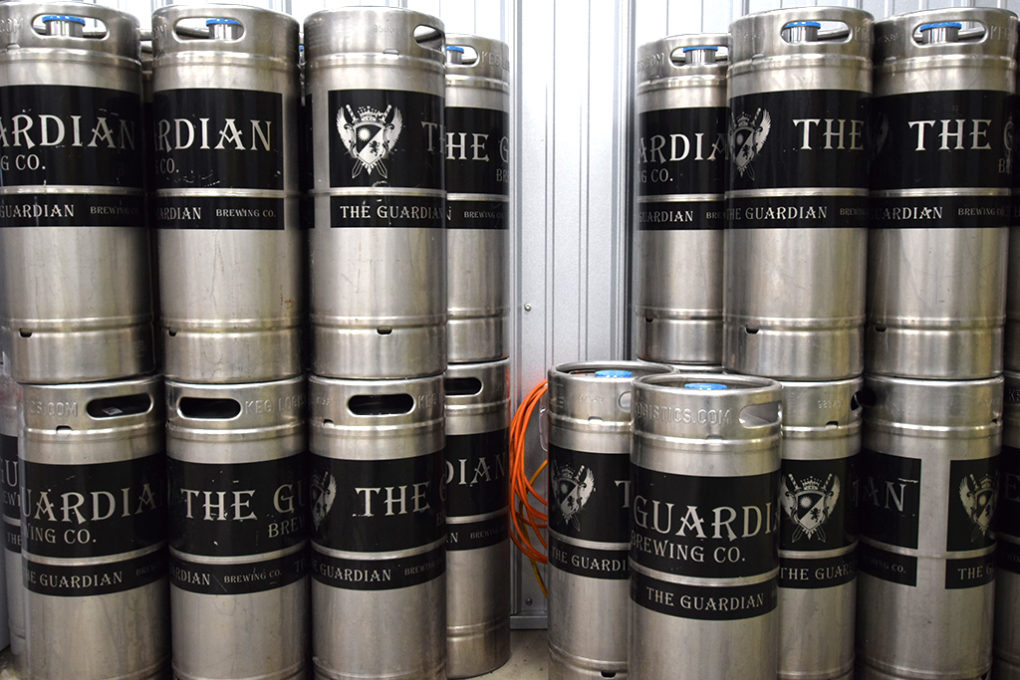 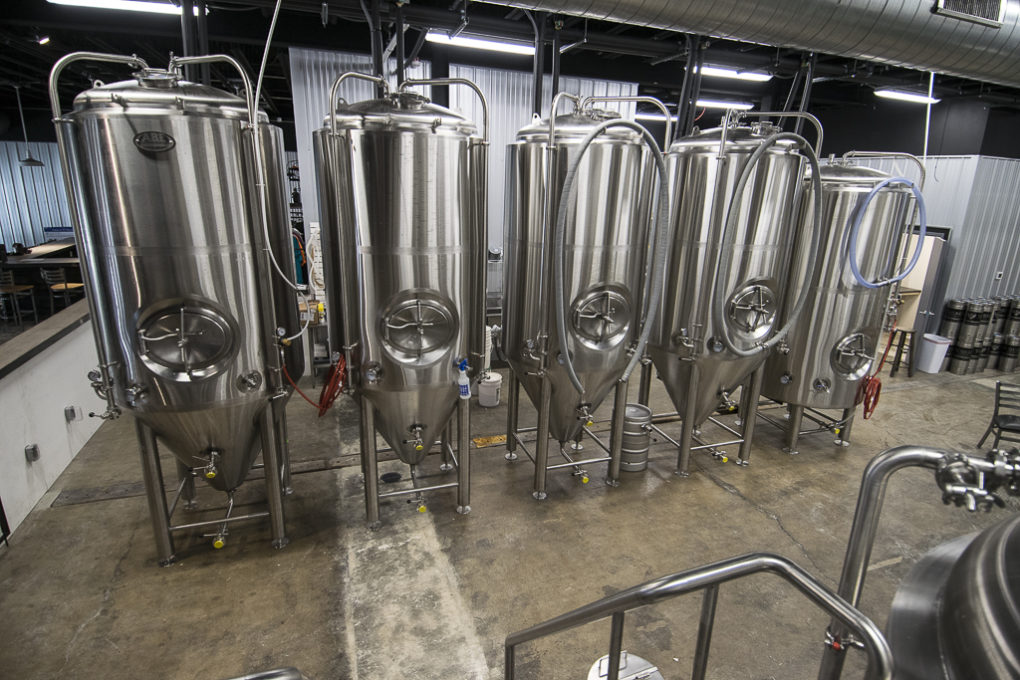 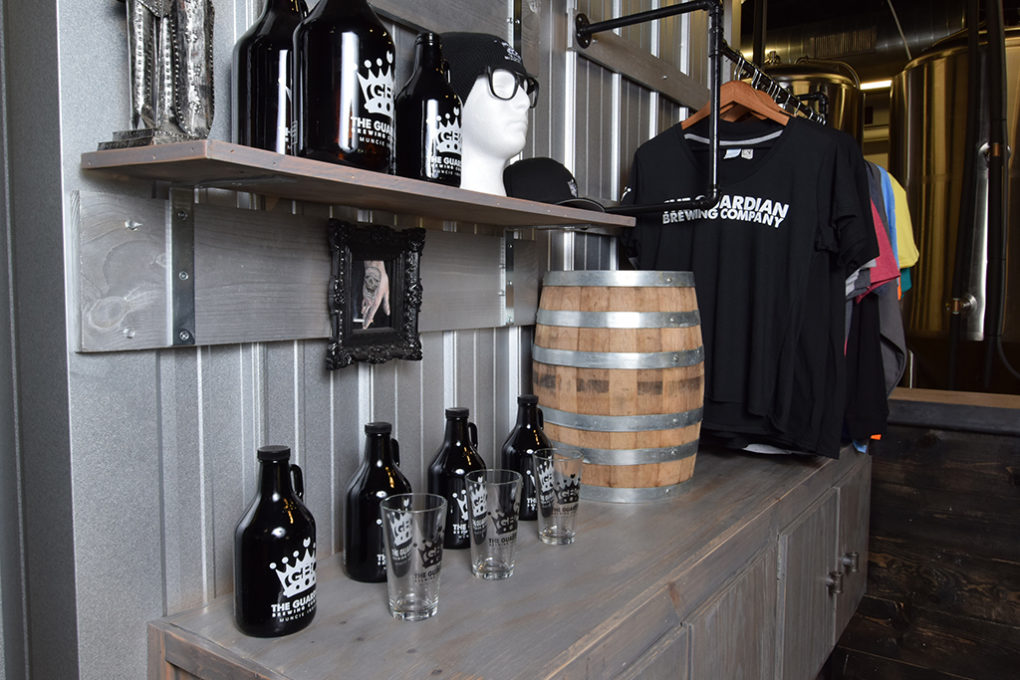 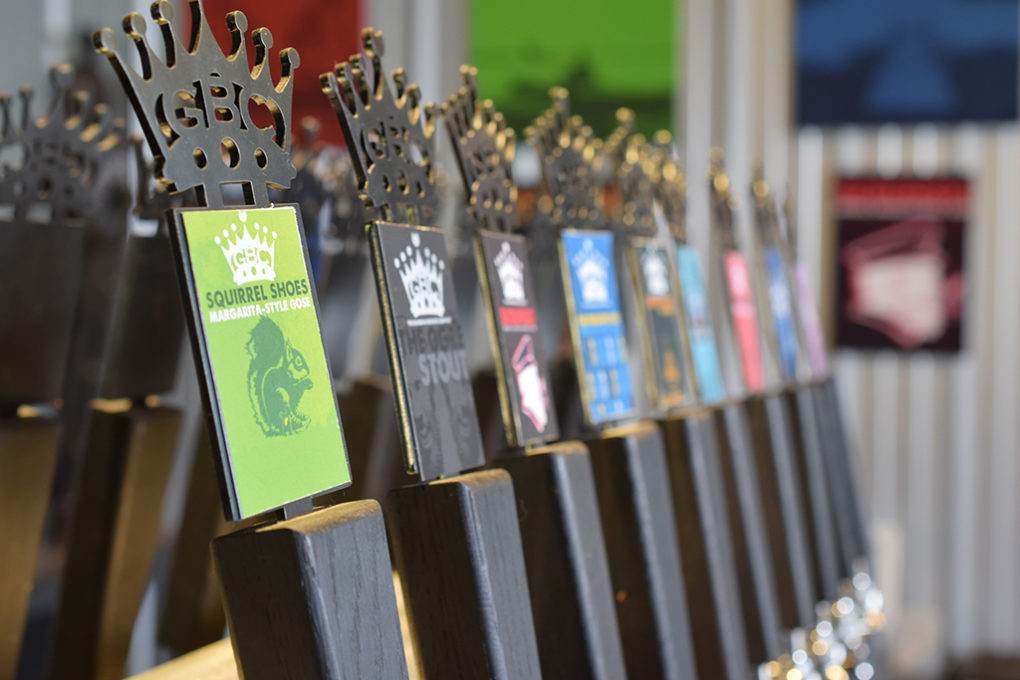 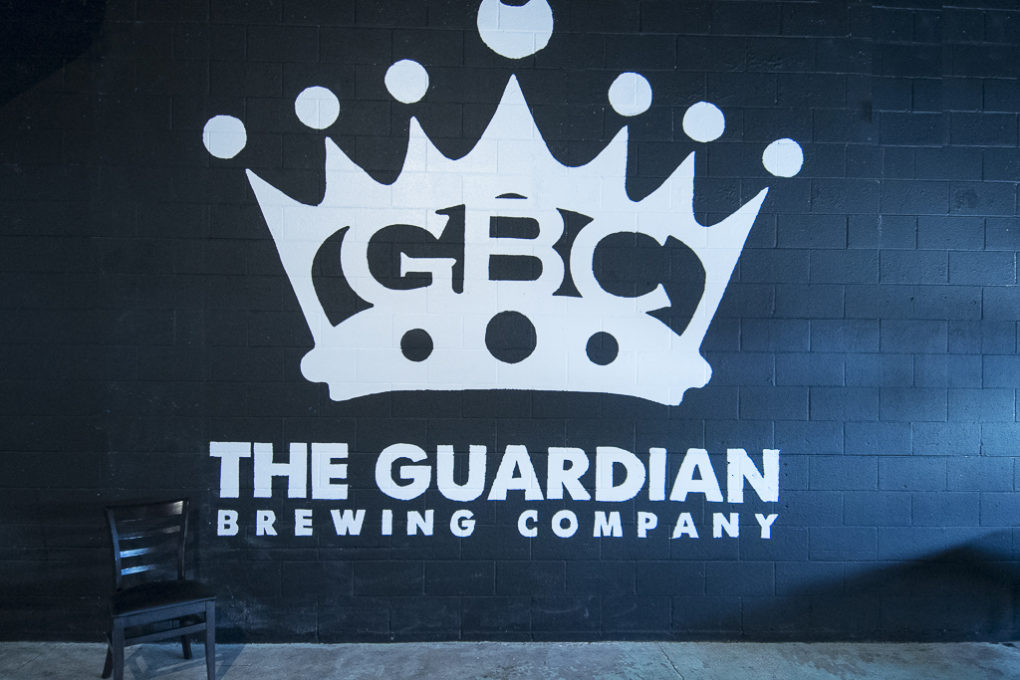 The Guardian Brewing Company
Inside MadJax at the Corner of Madison and Jackson Street in Muncie
Website: http://www.theguardianbrewingco.com