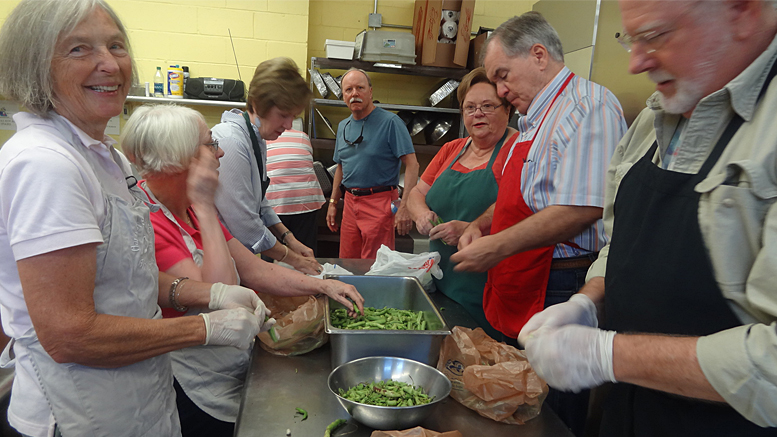 Owl-mates Start $40,000 Fundraiser for Muncie Soup Kitchen: “Burris Owls Give a Hoot About Our Roots”

Muncie, IN—When the parliament of Class of 1967 Muncie Burris Owls returns to the Muncie nest, they’ll do more than remember the good ol’ days and party.  They will come back to serve their home town. “Parliament” is the term for a group of owls similar to a “flock” of other birds or a “pride” of lions.

Around 100 Burris Owls and significant others are expected to arrive in Muncie Friday, Sept. 22 with festivities running through Sunday morning. Owls will travel to the reunion at the Marriott Courtyard from around the world. Owl-mates will be coming from nearby states, France, Ireland, Florida, Georgia, Colorado Pennsylvania, Texas, North Carolina, Alabama, California and Nevada.

“Our class always cared about our community and in our early planning team discussions a year ago we agreed we wanted to payback Muncie in a way that the city  helped us when we lived and learned here,” said spokes-Owl, David L. Shank, APR,  now an Indianapolis public relations consultant. He said the volunteer planning Owl-team has members from California, Washington, Montana, Indianapolis and Muncie.

“When we learned Owl-mate Loretta Parsons is executive director of the Soup Kitchen of Muncie, the connection was immediately made.”

1967 Burris Owls Still Give a Hoot

The 1967 Owls created a special fundraising program – “Burris Owls Give a Hoot About Our Roots”– working with the Community Foundation of Muncie and Delaware County to assist the Soup Kitchen. The Class of 1967 hopes “Give a Hoot” will raise $40,000 to replace outdated and overly-well-used kitchen equipment at the Soup Kitchen.

Note regarding video below:  The kitchen is now named, Soup Kitchen of Muncie after a recent rebranding effort.

Already, class members alone have committed nearly $1,000. “We know our class alone can’t raise the whole amount– although we will be ecstatically surprised if we did – but we hope our example will propel all Muncie citizens to step up to the stove and assist those in the community who serve others,” the Owl planning team said.

The Class of 1967 has notable members in art, music and science, education, social science, law and community service, business, healthcare, government, transportation and manufacturing. Many Owls committed to raising Owlets at home and classmates have distinguished themselves globally, regionally and in their Muncie hometown.

“Several members dedicated themselves to protect our American way of life and freedom through military service and some made the ultimate sacrifice by giving their lives in the defense of our freedoms,” Shank said.

1967 Was An Historic Year—Besides the Owl Graduating Class

According to the website The People History 1967 was a year of tumult, rising mini-skirts, “Sgt. Pepper’s Lonely Heart Club Band” and the movie “The Graduate.” Now US Sen. John McCain was shot down in his A-4 aircraft over North Vietnam and spent 5-1/2 years as a prisoner of war.

It was the year of the world’s first heart transplant, the first ATM; the first Super Bowl was played between Green Bay Packers and the Kansas City Chiefs.

American cities exploded in rioting and looting with the worst being in Detroit July 23rd where 7,000 National Guard troops were required to restore law and order.

In England, Twiggy became a new type of model and mini-skirts continued to get shorter and even more popular with the short-lived paper clothing fashion. The Beatles continued to reign with the release of “Sgt. Pepper’s Lonely Heart Club Band” album. 1967 was the summer of love when teenagers got friendly and grooved to The Grateful Dead, Jefferson Airplane, The Byrds and Simon and Garfunkel.

Movies moved with the times and produced shows appealing to younger audiences including “The Graduate,” “Bonnie and Clyde” and “Cool Hand Luke.” Top TV shows included “Rowan and Martin’s Laugh In,” “Gunsmoke,” “The Fugitive” and “The Monkees.” Color television sets become popular as the price comes down and more programs are produced in color.

The economy was different 50 years ago:

Events for the return of the Owls include a tour of Muncie Burris, volunteering at the Soup Kitchen, a picnic at Ball State’s Christy Woods, a Saturday afternoon music bash – “Hullabalooza” at Valhalla in downtown Muncie — dinner at the Marriott Courtyard; and Sunday morning caffeine and pastries at Concannon’s Bakery.

Shank said this is an opportunity to look back “at the fun we had, remember the teachers who prepared us for the world, and look forward to find ways to further serve society.”