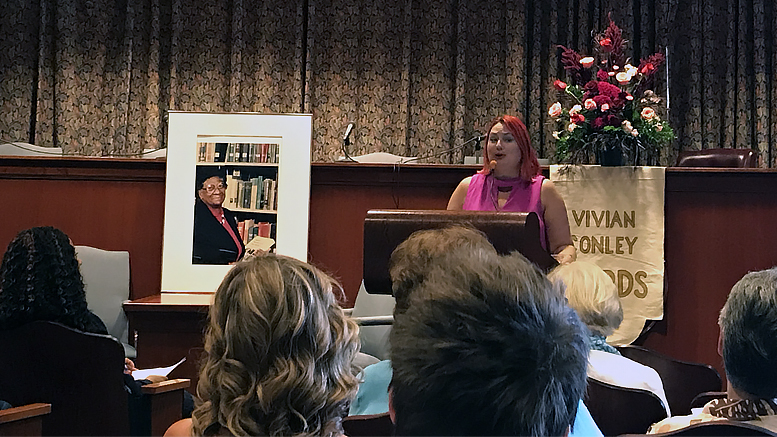 Each year, this event recognizes local women who have made significant contributions to the community. It also pays a special tribute to Vivian Conley, who was at the forefront of many community issues relating to education and civil rights. She was active until her death in 1993 at the age of 71.

Rogers-Howell serves as a mentor for women entrepreneurs and is a frequent marketing presenter for small businesses and non-profit organizations. She recently helped lead a fundraising effort to replace a dilapidated roof for a local single mother of two called “Raise the Roof for Kat.” She raised over $5,000 and organized volunteers and supply donations. She’s also a frequent volunteer and performer at the Muncie Civic Theatre.

The coalition is made up of the local branches of the American Association of University Women, League of Women Voters, National Organization for Women, Indiana Women of Achievement Awards Committee, The Friends of the Conley and the Coalition of l00 Women.  A reception, donated by Vera Mae’s Bistro, was held after the program.