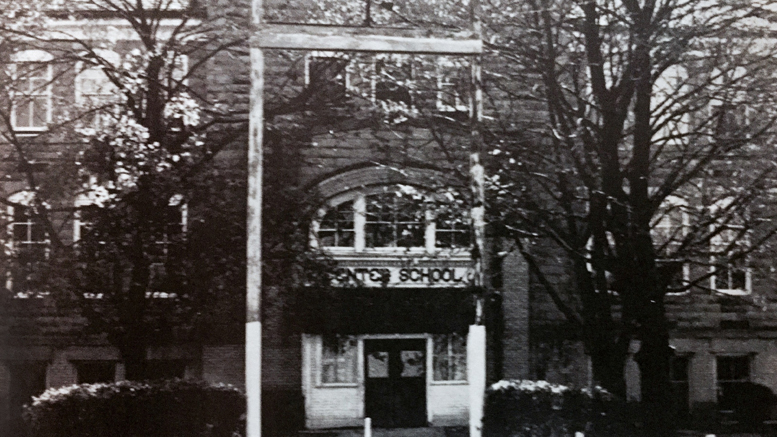 As President of the Liberty-Perry Alumni Association (LPAA), I am very proud to write about an upcoming historic event that is most impressive, especially in our local community.  I am referring to the 89th Annual Center High School Alumni Reunion Banquet being held on Saturday, September 9, 2017.  Center High School has been long razed.  The school building was located on the southeast corner of county roads 600 south and 600 east, approximately 1 mile away from where the banquet will be held in the fellowship hall at Harris Chapel on Gates Road.  The last graduating class of 1967 will be celebrating their 50 year class reunion.

2017 marks fifty years since the consolidation of Center School in Perry Township and Selma School in Liberty Township.  This 1967 consolidation created Wapahani High School.  In July 2017, the Liberty-Perry School Alumni Engraved Brick Walkway was installed at the west entrance of Wapahani High School.  This alumni walkway, provided by the Liberty-Perry Alumni Association was dedicated to Wapahani High School, via a Muncie Chamber of Commerce Red Ribbon Cutting Ceremony and Dedication on August 23, 2017.  The alumni walkway was designed to pay respect to the two parent high schools of Wapahani, as well as honoring those alumni, teachers, etc., who attended or worked at Center, Selma or Wapahani.  Engraved bricks may be purchased at the LPAA website: www.libertyperryalumni.com

There is also a LPAA banner that hangs on the southwest wall of the beautifully redesigned Wapahani gymnasium that brings together Center and Selma schools as the parent high schools of Wapahani.  This banner was dedicated to Wapahani by the LPAA in January 2017.

Not many high schools can say they have annual reunions in their 89th year of celebration.  Kudos to these Center Alumni!  The Center Spartans continue to live on!