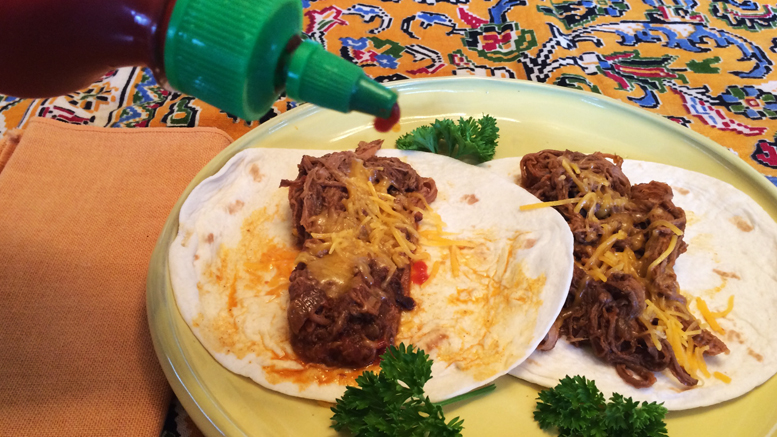 What is it about hot sauce that’s so addictive?

I’m sure there is a scientific explanation, something about the heat molecules pumping up your brain’s pleasure sensors until your turgid tastebuds can only find sweet release in hotter and hotter foodstuffs before they go haywire and leave you bawling like a little wussy-boy.

Having ratcheted up my own heat tolerance over a period of years, one day I found myself surrounded by family members as I ordered the hottest chicken wings available at a restaurant known for wings so fiery, they could make John Wayne wet his cowboy pants.

Naturally, in my heart of hearts, I figured I could handle them with aplomb. How hot, I figured, could they be? This was despite the fact I had to sign a medical waiver before they’d serve me, their name was something like Fry Your Freaking Face Off, and they arrived smoking like the blue-plate special served in the employee cafeteria at Chernobyl in 1986.

But I’d eaten major-league hot sauce before, and I’m not talking about Tabasco or Sriracha. Back in my refrigerator I once kept a bottle of A Woman Scorned, named in reference to playwright William Congreve’s sort-of quote, “Hell hath no fury like …” Furthermore, I’d used this sauce on food I actually ate. Other hot sauces I had explored included bad boys like Dave’s Gourmet Insanity Sauce, CaJohns’s Sling Blade California Reaper and Bigfat’s 708.

Thus it was that when my ultra-hot chicken wings arrived, spewing magma and raising eyebrows, I chomped one thinking, “Heck, this ain’t nothin’!”

Technically, I clung to that belief for nearly a whole second. By the two-second mark, however, the enamel on my teeth was peeling like old wallpaper. By the three-second mark? Let’s just say there was no doubt I had stepped in deep doo-doo.

At long last, after a thorough dousing, my fire was out.

The thing is, right there in front of my family, I – supposedly a grown man – had literally squealed like a pig in my infernal suffering. My nieces and nephews couldn’t un-hear Uncle Johnny’s pathetic moans, groans and epithets. I shudder to think what would have happened had a baby clutching a milk bottle been wheeled past.

Since that dark day I still like hot sauce, but have learned something about moderation, each individual’s tolerance level being unique.

My Dad, for example, couldn’t tolerate the slightest spicy heat in anything. A grain of pepper would freak him out. Then there’s my dear friend Lathay Pegues. When I was The Star Press’ Chowhound, he was the Chowhound videographer, which meant we ate together a lot, before he went on to found the JohnTom’s line of splendid barbecue sauces. He ate hot sauce like nobody’s business, including some I couldn’t tolerate. Heck, I bet Lathay poured hot sauce on his cereal every morning, and possibly dunked his doughnuts in it..

But did this mean that somehow, he was more manly than I was?

Well, sure it did.

But that was OK. Look at it this way. If he and I were certain holy rollers living back in the hollers down South somewhere, we could have figured out our manliness pecking order by snake-handling rattlers or copperheads. Or if I wasn’t rapidly approaching geezerhood and he didn’t have youngsters to shuttle around town, we could have bought muscle-cars and drag raced on city streets.

That, unfortunately, would involve the hassle of capturing deadly vipers or paying off pricey car loans.

But for us, as I think it is for many guys, hot sauce was a convenient macho meter that, unlike rattlesnakes and copperheads, wouldn’t kill you. Well, probably wouldn’t kill you. Although in certain cases, it was possible you might want to die. Guess that’s as good a reason as any to love the stuff and eat it.