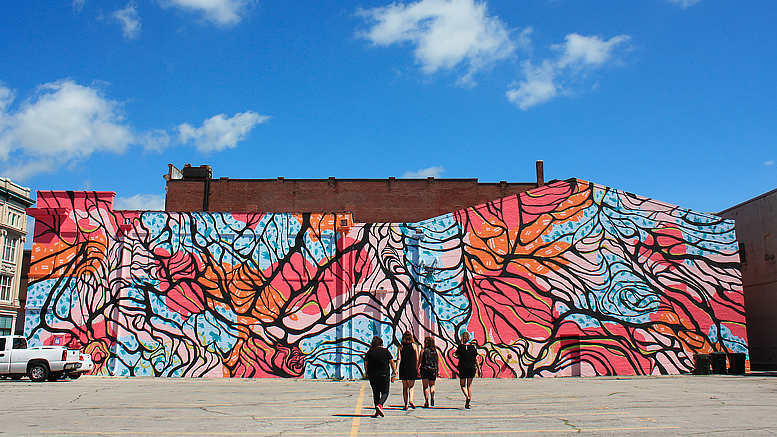 Muncie, IN—If you’ve been downtown lately, you can’t help but notice the new mural that has been in the works for months on the side of the Mark III taproom. You’ve also probably wondered, “Who did it? Why did they do it? What does it mean?”

The mural was the inaugural collaborative project from We’re Trying Collective, for the City of Muncie. Following the tragic events at the Orlando Pulse Nightclub, the collective was inspired to work hand-in-hand with the community to create a piece of public art that would illustrate the city’s acceptance of and support for people of all backgrounds. The south wall of 306 S. Walnut Street was immediately recognized as a big, blank canvas ripe for transformation. In addition to being the perfect spot for a mural, this location is also currently home to the Mark III Taproom, Indiana’s oldest LGBTQ nightclub.

The group is interested in collaborative work(s) across a variety of mediums that serves to promote the community’s interests and build a culture of inclusion and creative expression.

When you announce that you’re going to paint a giant mural right in the heart of your city’s downtown, there are some questions that naturally crop up. “What are you going to paint?” is probably at the top of the list. The short answer to that question was, at first,  “We’re not sure yet”– but for good reason! We’re using a people-centered process called design thinking to work through creating a mural design with the help of our community.

Design thinking is a replicable process that teams can use to generate as many good ideas as possible before narrowing down and implementing a solution. Our use of the process is fueled by two truths:

1. The best way to solve a problem is not by sitting around a table, talking in circles.

2. Everyone has ideas worth sharing, and everyone can have a hand in the design process.

There’s a lot of buzz around design thinking– the Harvard Business Review says it’s coming of age, and local design thinking firms continue to emerge. If you want to learn more about the process, check out Stanford’s free design thinking toolkit.

Because the Mark III Taproom is a gathering place for the LGBT community in Muncie, We’re Trying Collective held a design session with the bar’s staff to collect their ideas, values, likes, and dislikes. They offered feedback on the type of symbols and colors they’d like to see, and they requested something bright and colorful with an interactive element. They also suggested including the pink and blue colors from the transgender pride flag. As the collective moved through the mural design process, they continued to research and gather information about what messages were important to downtown residents and businesses.

In addition to the Mark III Taproom requests, We’re Trying Collective also wanted to create a design that included elements of downtown Muncie and the area around the mural. Their color palette includes teal pulled from the Muncie DWNTWN Development campaign, orange inspired by the Caffeinery, and bright green that nods to a few surrounding business logos.

The top of the mural includes a pattern of line work (a signature element of Jannell Summers’ artwork), a “confetti”-looking pattern made of small equal signs symbolizing equal rights, and a stylized hand pattern, which encourages people to touch the hands and interact with the design.

​If you’re looking for symbolism it’s there– but if you’re not, it’s a bright, colorful, playful design that Braydee, Faith, Jannell, and JoAnna  hope people will enjoy looking at from the patio of the Peach or from the Caffeinery.

In fact, the mural has already become a unique background and gathering place for residents to take “selfies.” 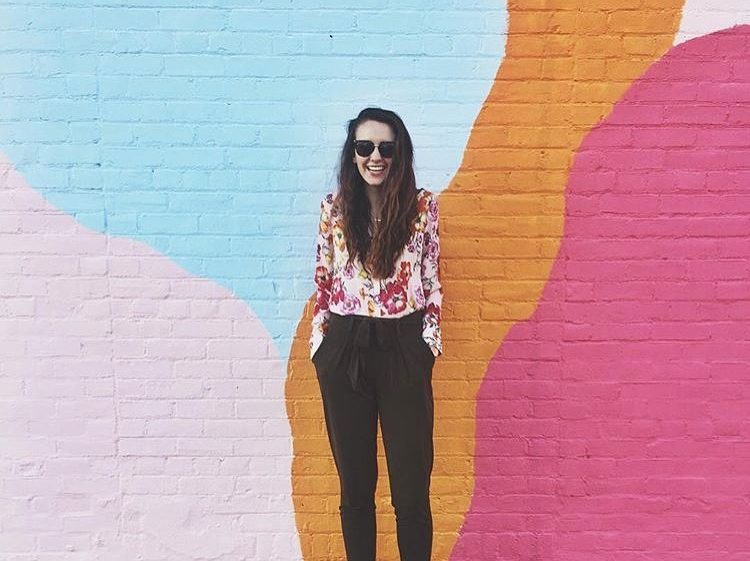 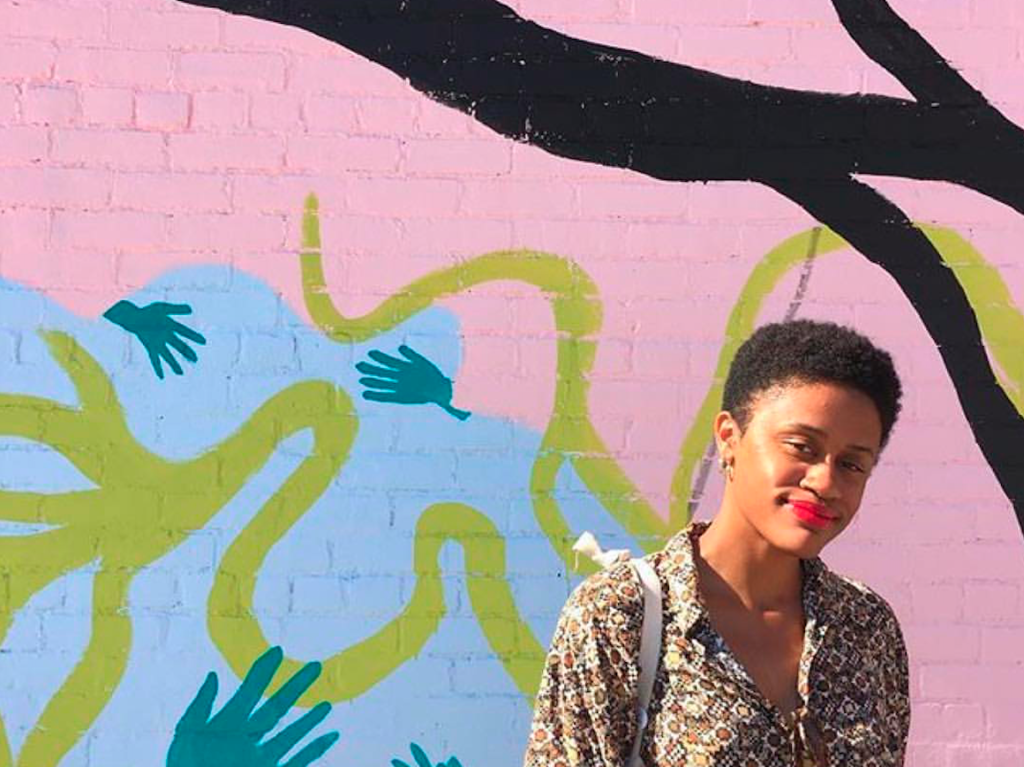 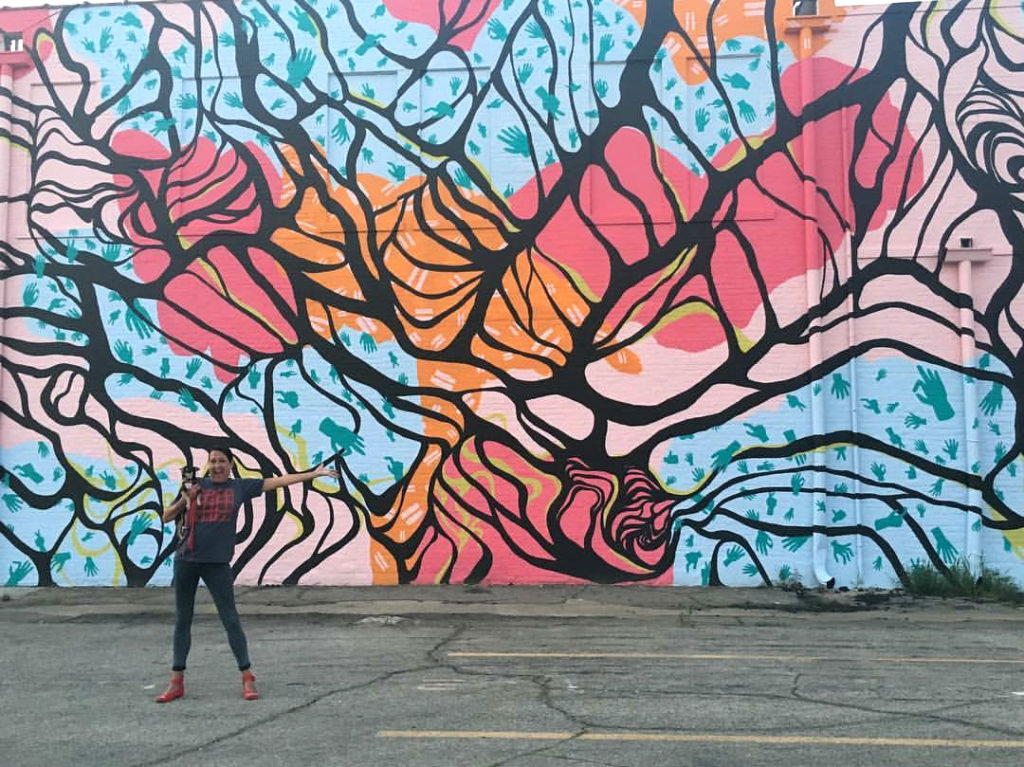 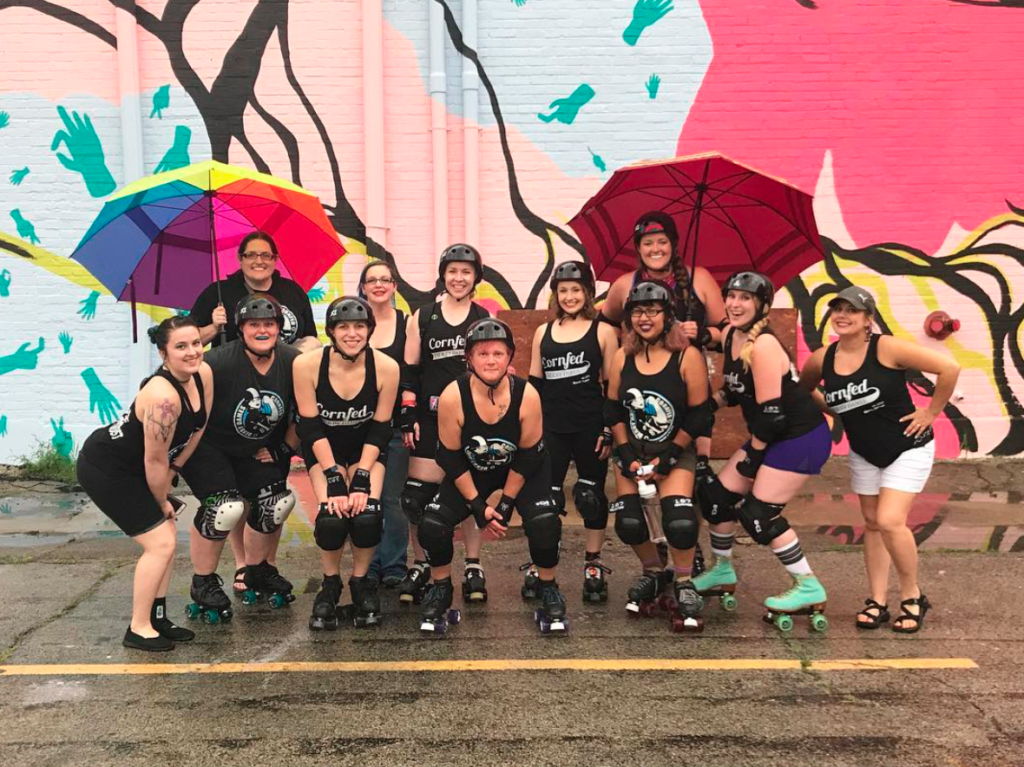 Information for this article was provided by: We’re Trying Collective. Visit their website at this link. http://www.weretryingcollective.com