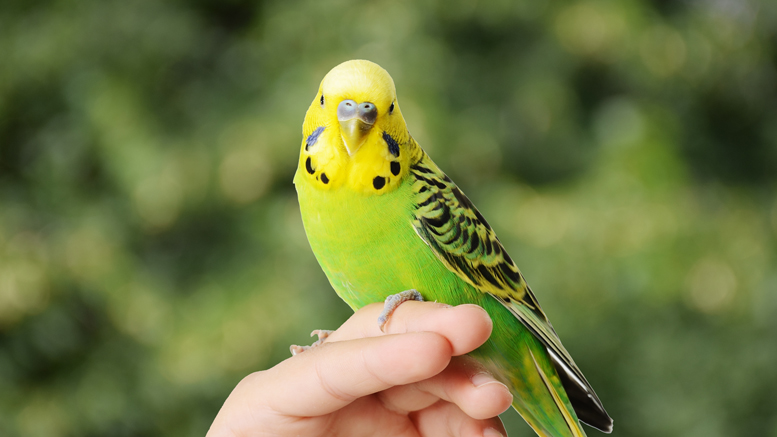 Who would guess they were so devious? Photo by: Mike Rhodes

So the other day I have an eye exam and the doctor finds a splotchy, whitish, non-serious anomaly in the depths of one eyeball which, nonetheless, shocks me in its diagnosis.

“It’s probably just a bit of histoplasmosis,” he says.

Indeed, this diagnosis sort of stuns me, since I know full well that histoplasmosis is caused by contact with guano, which is polite society’s word for “bird poop.”

“Bird po … I mean, guano!” I exclaim in a panic, before the doctor goes on to assure me it is quite common. Histoplasmosis, that is. Well, bird poop, too, for that matter. Anyway, what really gets me is that for years I have dedicated my life to having as little contact with bird poop as possible. Now, somehow, it’s caught up with me.

“How could this be?” I demanded, my thoughts all jumbled. Then, just that suddenly, my mind flashed on a long-forgotten memory from when I was a mere lad of nine years old.

That’s right. Chirpy was my pet parakeet nearly sixty years ago. I fed Chirpy, watered him, stroked him behind what passed for his tiny little parakeet ears each night, then greeted him with a smile and a loving nuzzle on the beak each morning before I trotted off to grade school. He seemed happy, moving into my bedroom after weeks spent staring morosely at passing shoppers in some stupid Woolworth’s pet department. After all, mine was a cool room full of crumpled Hostess Cupcake wrappers, comic books and Cleveland Browns posters, plus the heady scent of model airplane glue permeating the air from actually building model airplanes.

And this was how Chirpy repaid my kindness? By giving me histoplasmosis?

Now thinking back on those days, it all made sense. I could almost picture Chirpy’s beady little bird eyes, fixing me with suspicious sideways glances, as deep within that powder blue noggin of his he plotted the ultimate revenge for his captivity. Or maybe his noggin was yellow. Then again, maybe it was green. I forget. Whatever color his noggin was, I could see now how Chirpy thought he was so all-fired smart. His chunky little goofball owner – aka, me – was way too dumb to suspect he’d resort to histoplasmosis poisoning back then.

“Bwahahahahaha!!!!” In my dreams, I could now hear that shameless turncoat of a parakeet maniacally cackling crazily from beyond the grave.

What was it, I asked myself, that had so poisoned my relationship with Chirpy that he would turn against me like this? Did I not buy him enough of those little seed-snack thingees with the tiny bells attached that stuck to the wires of his bird cage? Hey, man, I was on a nine-year-old’s allowance at the time and could barely afford to buy myself a weekly pack of Chuckles candy. Or was it my failure to get him that fancy–schmancy parakeet play-set complete with slide, teeter-totter and bird-sized monkey bars for his first birthday?

Gimme a break, dude! Don’t you think my sister Patty and I would have liked some monkey bars, too? Huh, Chirpy? Don’t ya?

But while a lawyer might call those aggravating or mitigating factors, none of that could excuse Chirpy’s actions. Surely, I thought, you could have said something to me if you weren’t happy. I mean, you guys are supposed to talk, right?

Instead, Chirpy, you let your resentment stew until that fateful Monday when it finally stopped your heart cold. Or maybe it was a Sunday. That was the day my folks gave me my first gerbil, Sky King, as a reward for not getting any new D’s on that grading period’s report card. Granted, given the twitchy charm of Sky’s little gerbil nose, I was lost in my infatuation and forgot to pay much attention to you for the better part of a week, Chirpy. And for that, I’m truly sorry.

But how was I to know those last three days you were dead? Your bony little feet still grasped your perch in a death grip.

Yeah, yeah, OK, I’ll admit the fact you were hanging from it upside–down should have been a clue. But I thought you were just trying to impress me with a new trick you’d learned.

Now, I suppose not. I mean, histoplasmosis? Really? Such betrayal! Chirpy, I guess I hardly knew ye.