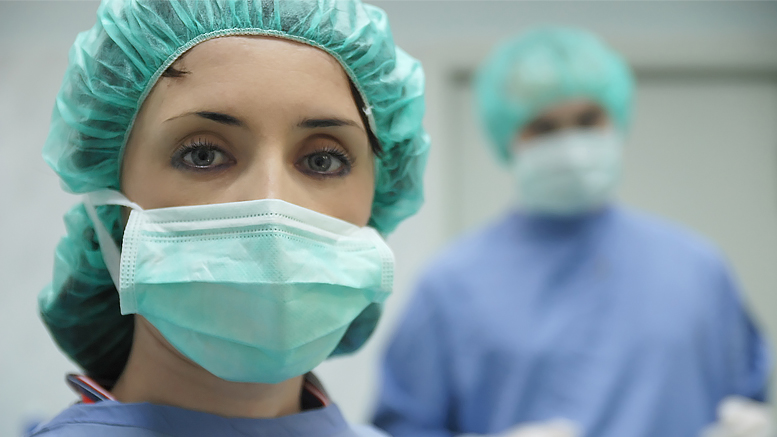 You won’t believe how I got a scar. Really. Photo by: graphicstock

For a fresh look that’s sure to draw admiring glances from people of the fairer sex, there’s nothing like having your throat cut.

I know. Mine was cut a month or so ago.

“Thanks, honey bunch!” I responded, gratefully.

See, for a guy, I’ve lived a rather sheltered life. No great trauma. No heroic acts. No trials by fire. My cut occurred during spinal surgery, so the surgeon could get at my spine to fix it. But when a guy has suddenly been blessed with such a gross-looking wound, it would be a sin for him not to lie to women about how he got it.

Why? Chalk it up to the fact new research shows that in regards to the opposite sex, most of us men are full of what charitable scientists have recently identified as “horse puckey”.

So let’s say you’re a woman, and we happen to be eating dinner at adjoining tables in MCL Cafeteria when you glance at my scar. Given the locale, I am probably going to say something like, “Lemme tell ya, ma’am, nothing gets your attention in a cafeteria like having your throat cut by food hoodlums trying to steal your meatloaf. Luckily I was able to stab them all in their foreheads with my salad fork before passing out from blood loss. I saved my meatloaf, though. It was really good meatloaf.”

Yeah, that story sounds totally plausible. And as a result?

“Wow,” the woman will go away thinking. “I wish my husband were the kind of guy who’d fight to the death for my meatloaf.”

See how that works? So what have we learned?

That all it takes is a little white lie to favorably impress the ladies.  Maybe a slightly audacious lie, yet it must bear the ring of truth, like referencing the scarcity of really good meatloaf these days. The thing is, there’s no need for her to know that you are actually some wimp who faints plugging up his own nosebleeds. And as for stabbing hoodlums in the forehead with a salad fork?  If I ever got into a fight, I’d probably slap, kick and scream like a girl. I mean, I haven’t been in a fight since way back in ninth grade, when I got into one with Chuck Cross. To my amazement, within 30 seconds of my onslaught of blows, he was doubled over clutching his stomach and making intense gasping noises.

Turned out he was laughing so hard, he hyperventilated.

Of course, when it comes to lying about neck wounds, weird animal-encounter lies are as good as saving-my-meatloaf lies.

So say I’m in a tavern and I notice a lady down the bar, daintily swigging beers between mouthfuls of Fritos while poring over her latest issue of Scary Scuba Stories magazine. Quickly assessing the situation, I might casually mention something like, “Take my advice, miss. Never go scuba diving for electric eels with a pork chop strapped to your neck as bait.”

At this point, I’ll casually point toward my neck wound with a wan smile and the resigned air of an old sea dog, even though I get woozy in hot tubs. The important thing is to so impress her with the sight of my gross wound, she totally forgets to ask what kind of dumbass dives for electric eels with a pork chop strapped to his neck in the first place?

But, of course, I have barely scratched the proverbial surface of potential neck-wound lies. There’s the good old “I was parachuting the other day, toots, when one of my shroud lines got wrapped around my neck at 13,000 feet and nearly cut my head off.”

There’s the popular, “Take it from me, babe. Tell your drunken husband to never bet his low-life buddies he can trim his beard with a chainsaw.”

Then there’s the classic, “How’d I get this nasty scar on my neck? Well, honey, I was working as a knife thrower for the circus when one day my beautiful assistant, Bubbles McLuscious, complained, ‘How come I never get to throw the knives, Johnny?’ So I strapped myself to the spinning wheel and said, ‘OK, Bubbles, your turn!’ Big mistake.”

And there are plenty more reasonable though untrue neck wound explanations where those came from. The thing is, now that you’ve been blessed with it, you must always use your new neck wound to convince people, especially female ones, what an intriguing, daring, rough-and-tumble guy you are.

(Fair Warning! If you want to see my scar, you can see it if you click this link.  Prepare yourself mentally for what you are about to see before clicking.)