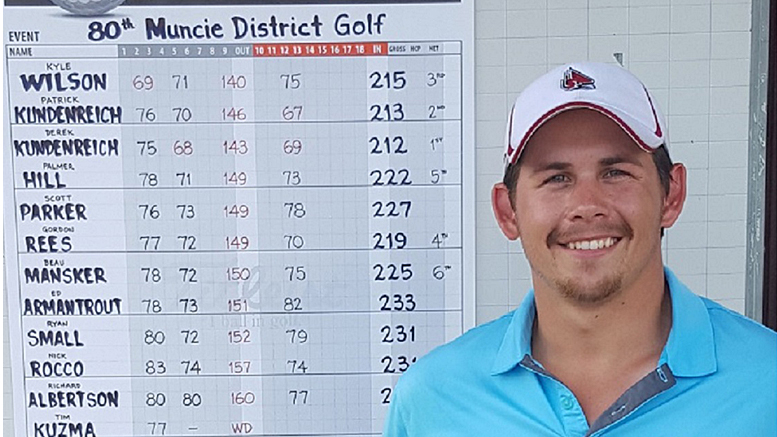 The Muncie District Golf Association (MDGA) begins its 81st season on April 23rd with the Spring 2-Man Scramble slated for The Players Club golf course. This is the first of five events scheduled for local golfers during the summer of 2017. Entry forms are available at area courses and the deadline to enter the first event is April 17th.

The MDGA is operated by the Muncie Sports Commission (MSC) under the direction of Jim Mansfield, its president and CEO. Mansfield assumed the leadership role of the organization in 2016 after long time coordinator Gordy Rees decided to end a 36-year career of running the events. During his time as the leader of the organization, Rees saw many changes occur with the annual events, many that were instituted by him.

Initially, the District Championships was a single flight event with the best players from the area competing for the top prize. Soon after Rees began his exceptional career, the tournament switched to a 4-flight competition allowing golfers of various skill levels the opportunity to compete. This proved to be a popular move as the field of players reached an all-time high of more than 160 players entered in the tournament in the late 1980’s and early 1990’s. The numbers have fallen to a point where there are only 75-80 golfers taking part in the events in recent years.

In addition to the Spring 2-Man Scramble tournament, the MSC will conduct the following other District events this year: a 2-Man Best Ball event on May 21st at Maplewood GC and the District Championships on July 28, 29 and 30 at Delaware CC, Crestview GC and Albany GC, respectively. The District Championships will be followed by two new events for 2017. A 2-Man Senior Scramble on August 17th at Hickory Hills GC and a Fall 2-Man Scramble on September 17th at the Muncie Elks GC.

Entry fee into the three single day events will be $45 per person or $90 per team; the Senior 2-Man Scramble event is priced at $80 per team and the District Championships entry fee is $125 per person for the three rounds of golf. As an added bonus this year, all entry fees include the use of an electric cart for each twosome entered into the tournaments.