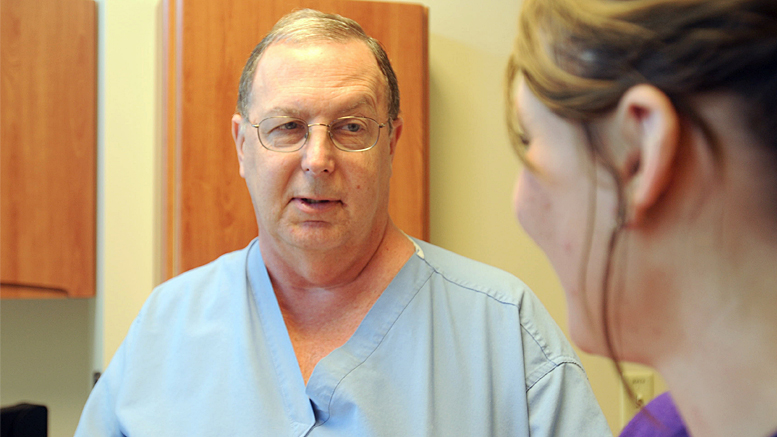 Muncie, IN – Open Door Health Services (ODHS) is excited to announce that Max H. Rudicel, MD has accepted the role of Chief Medical Officer. Dr. Rudicel has been acting as Interim CMO since October 2016.

Rudicel is a long-time resident of Muncie, graduating from Burris Laboratory School.  He received his undergraduate degree from Wabash College and his MD from Indiana University School of Medicine.  He has overseen ODHS’ Right Start OB Clinic since 1987, delivering an average of 250 babies each year.  He also acts as the Muncie City School Physician, as well as the Muncie Head Start Physician.

Rudicel has received several awards, including the National Head Start Humanitarian of the Year, Indiana Primary Health Care Association Provider of the Year, and the Burris Alumni Hall of Fame.  In 2004, he was awarded the Key to the City of Muncie and October 28th has been declared Max Rudicel Day in perpetuity.

Rudicel has impacted the lives of so many in the Muncie community, including the patients he has served, the babies he has delivered, and the medical residents he has trained.  He is a fount of knowledge and experience and Open Door Health Services is proud to name him Chief Medical Officer.