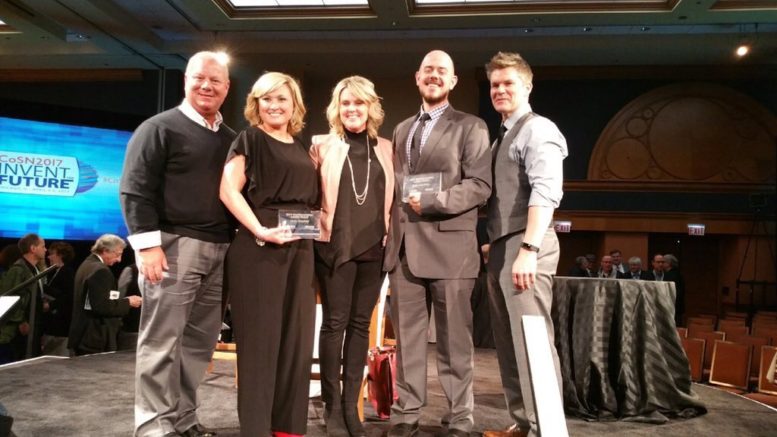 Yorktown, IN—Holly Stachler, Director of eLearning and Curricular Innovation for Yorktown Community Schools has been named a winner in the Consortium for School Networking’s  (CoSN) Next Generation Leaders program.  The program is in its second year. Winning educators were officially announced and recognized during CoSN’s annual conference in Chicago on April 4th.

Five winners were selected from 30 semi-finalists from across the United States, based on a national poll conducted by EdScoop that pulled in more than 11,000 votes.

In order to qualify for the competitive program, candidates had to be currently employed by a K-12 school, district or education service agency; have worked five or fewer years as an education technology professional; and have demonstrated leadership in the schools and districts they serve. Additionally, candidates from, or serving, underrepresented schools or populations were given additional consideration. 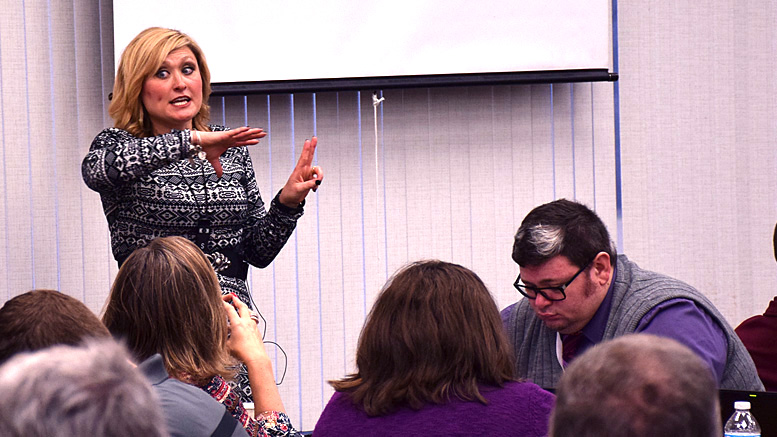 Holly is pictured presenting to educators from around the state during an educational session at Yorktown Middle School. Photo by: Mike Rhodes

Holly has played a key role on the superintendent’s cabinet where she leads technology, curriculum, public relations and areas of finance. This gives her a unique perspective to ensure that technology is ingrained in all processes and instructional areas as a natural part of the district’s culture. Since moving from the classroom to become director of eLearning and curricular innovation, she has taken on numerous leadership responsibilities in the state, serving as regional leader for the IDOE Coaches Collaborative and as a resource for other IDOE eLearning efforts. She has presented at HECC, ICE, FETC, ISBA and several Summer of eLearning Conferences, and led efforts at a 2016 tech professional development conference for educational leaders from Indiana and surrounding states to foster cross-state collaboration.