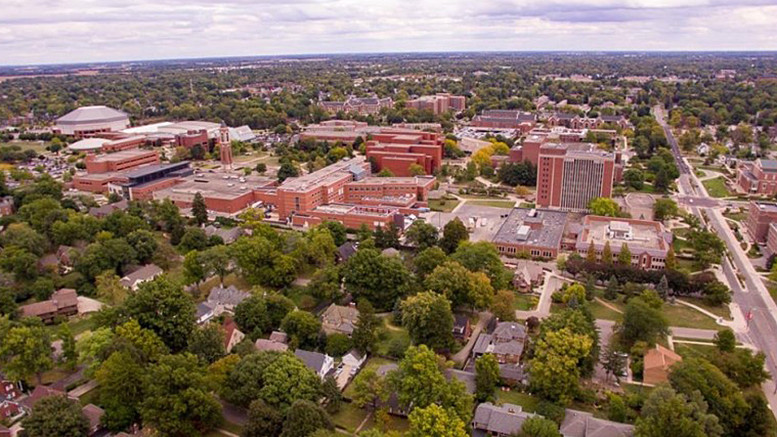 MUNCIE, Ind. — Students soon could have two new degrees to consider with today’s approval by the Ball State University Board of Trustees — a bachelor of architecture and a master of social work. The degrees were created in response to a defined need and student demand, said Interim President Terry King, and are pending approval by the Indiana Commission for Higher Education.The five-year, 154-credit-hour bachelor of architecture provides a professionally oriented undergraduate education resulting in an accredited professional degree, a necessary requirement for licensure, King said.

Phil Repp, interim dean of the College of Architecture and Planning, said the availability of a bachelor of architecture degree allows students to more quickly leverage a return on their educational investment, by positioning them to enter the workforce immediately upon completion of the five-year degree.

“Reducing the time spent and expense incurred by a student to enter his or her chosen profession is a constant focus at Ball State,” Board Chair Rick Hall said. “This improvement to an already outstanding college will benefit not only the students but also the Indiana economy, as graduates will enter the workplace more quickly and with less debt.”

Continuing the development of the new College of Health, the master of social work degree will offer students opportunities for rich inter-professional education with nursing, speech pathology, public health, nutrition and kinesiology/exercise science. These hands-on experiences will actively prepare students for work on interdisciplinary teams and will provide them with leadership skills in managing complex patient cases.

In other business, a resolution naming the deanship of the Miller College of Business was accepted by the Board of Trustees. The Bryan Dean of the Miller College of Business is in recognition of $3 million in total gifts from Thomas B. Bryan, ’77, who endowed the Frank T. Bryan and William R. Bryan Memorial Scholarship. The award is named after Thomas Bryan’s father and uncle, who graduated from Ball State in 1949 and 1954 respectively.

Thomas Bryan is CEO of the Bank of Rantoul (Illinois) and is president and owner of Bryz Guyz, a Blaze Pizza franchise in Las Vegas. He is chairman and owner of Ikoniq, a provider of food service and retail venues in Canandaigua, New York, and he is co-owner of Lightning in a Bottle Productions, a film company based in Los Angeles.

Bryan said the opportunity to honor his father and uncle meant a great deal to him.

Finally, the board approved an honorary doctor of laws degree for Teresa S. Lubbers, commissioner for the Indiana Commission for Higher Education. Lubbers will be the Spring Commencement speaker at Ball State on May 6 at the Arts Terrace.

Lubbers was appointed to the commission in 2009 and as commissioner has worked to increase college completion rates, ensure academic quality and student learning, and align postsecondary credentials with meaningful careers. She is a past chair and a current member of both the State Higher Education Executive Officers and the Midwestern Higher Education Compact. Before her work with the commission, Lubbers served in the Indiana State Senate for 17 years, leading on education and economic development issues as chair of the Senate Education and Career Development Committee.