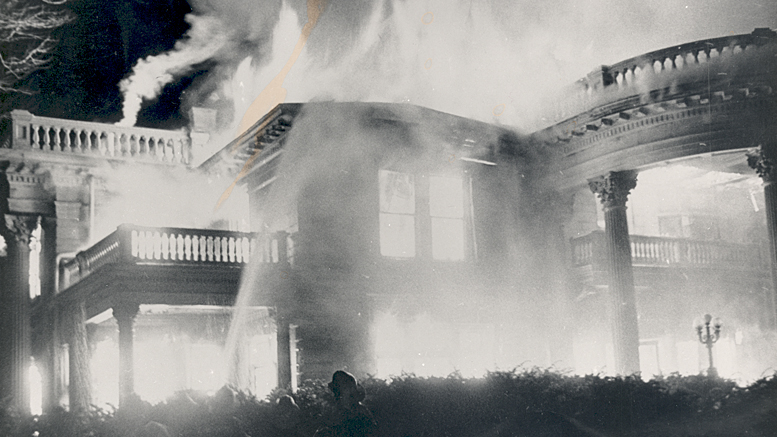 By: Karen Vincent, Director of Collections at Minnetrista—

“A most heartbreaking thing happened this evening,” wrote Rosemary Ball Bracken in her diary entry of Tuesday, February 28, 1967. That event was the fire that destroyed Rosemary’s childhood home.

Rosemary’s parents, Frank and Elizabeth “Bessie” Brady Ball, built their home on land overlooking the White River in 1894. Minnetrista was the name chosen for the house. Louis Gibson of Indianapolis designed a colonial style house of frame construction with nineteen rooms. In 1902, the house was faced with Indiana limestone, and six columns were added to the front portico. 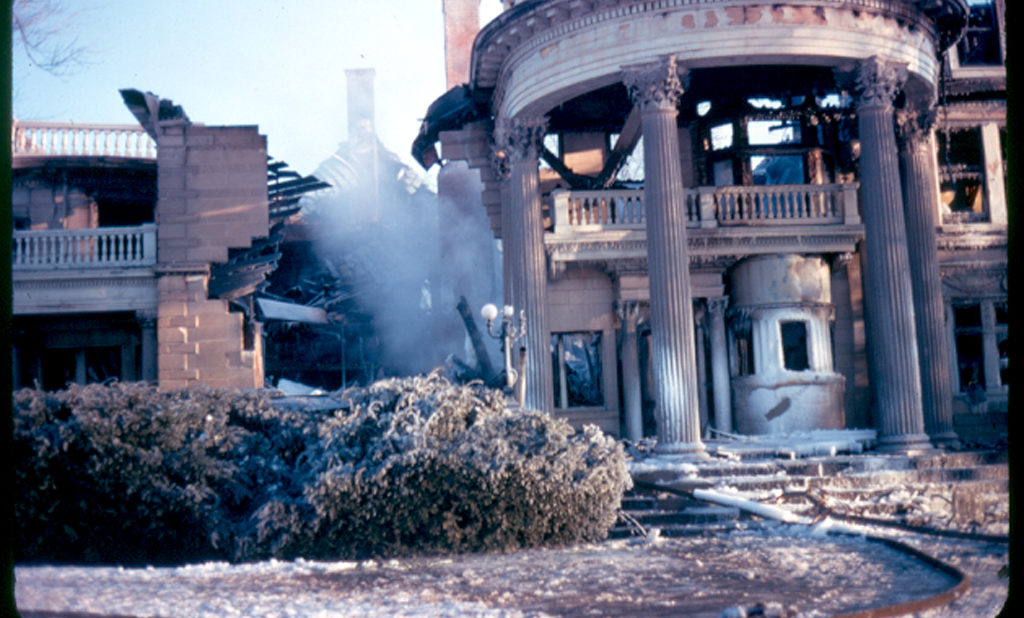 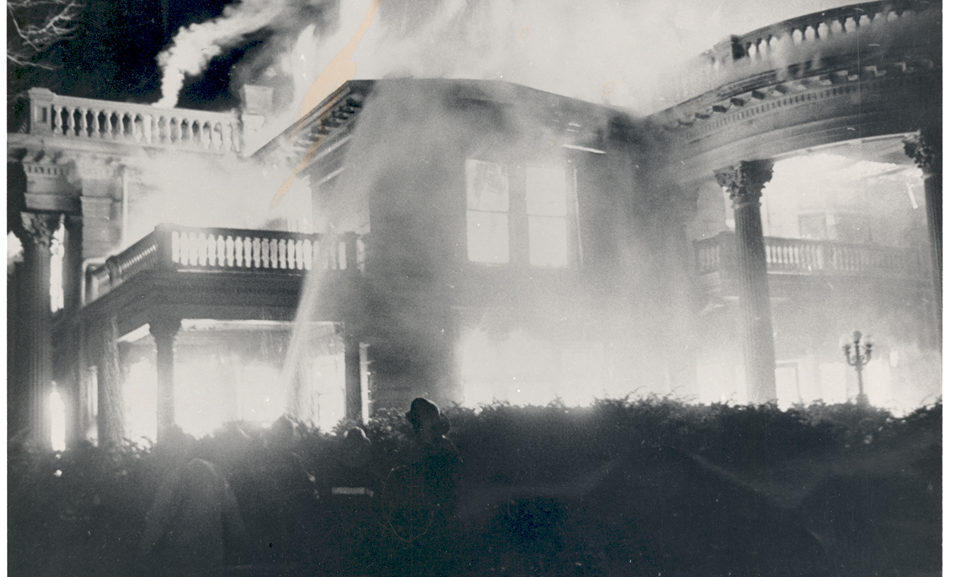 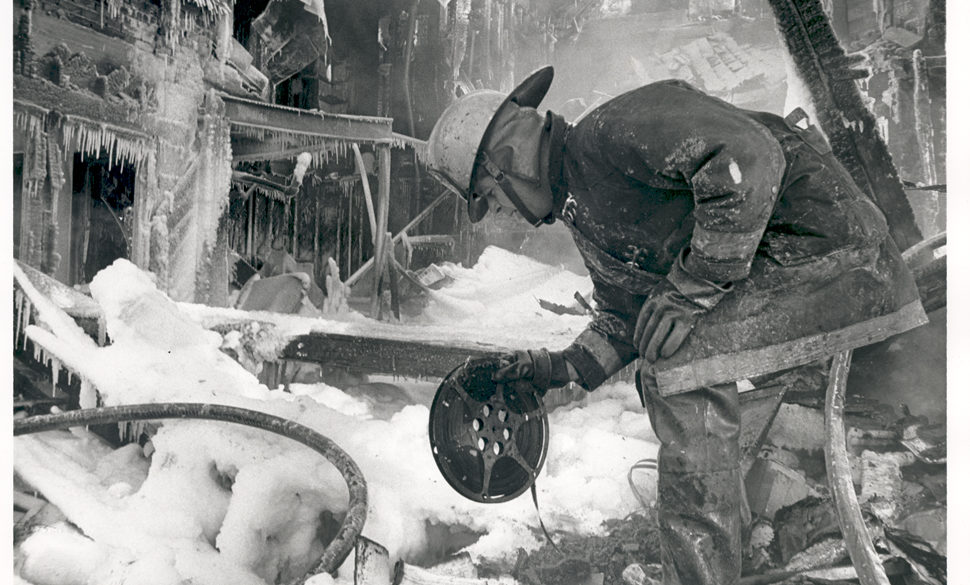 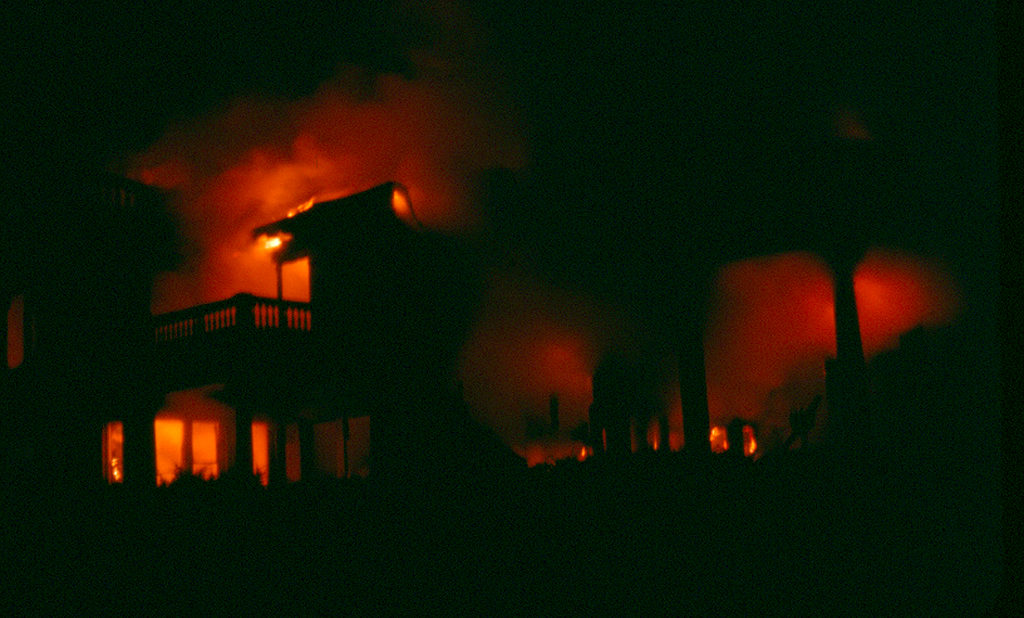 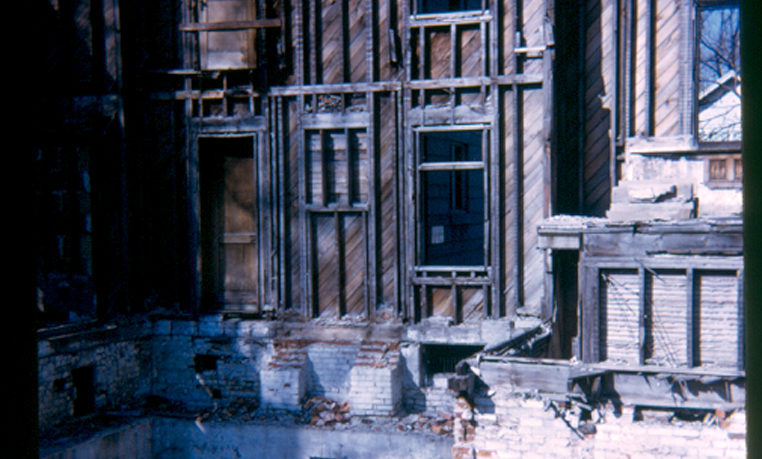 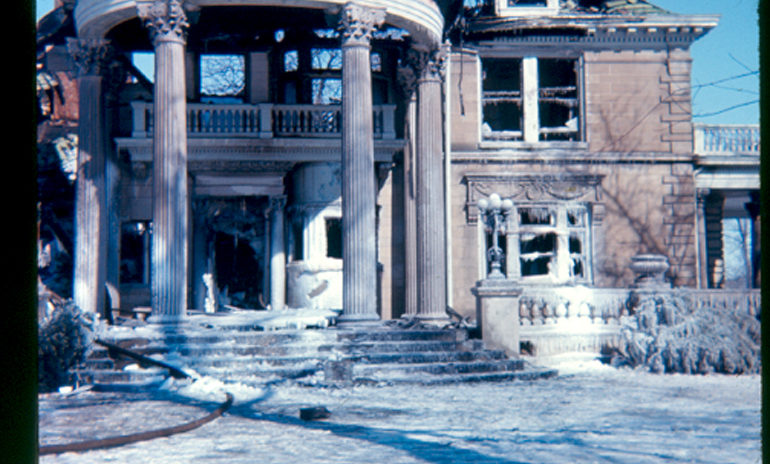 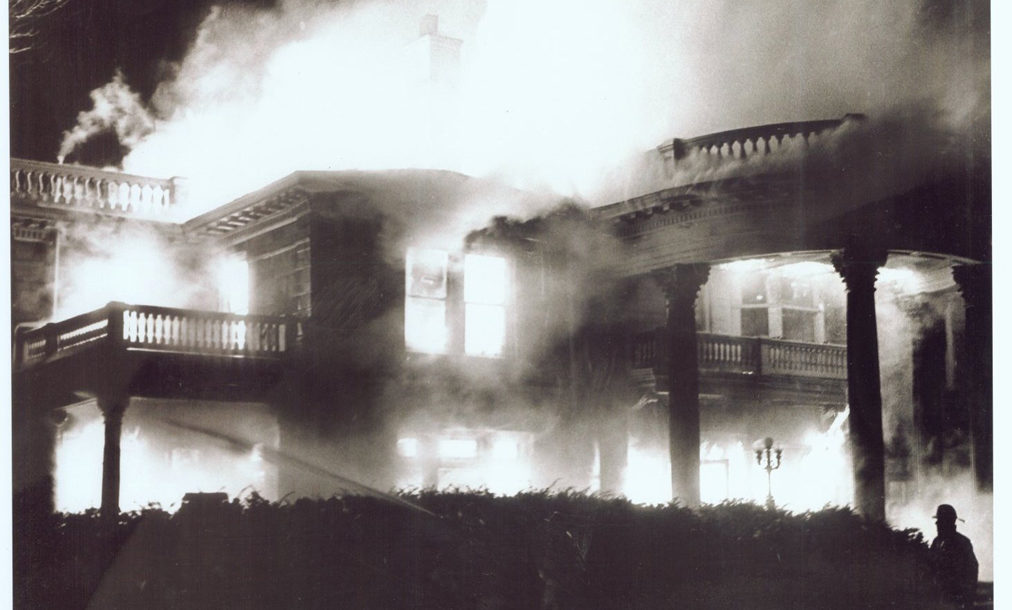 Frank and Bessie both died in the early 1940s, and after World War II, the house was used as student housing. In the late 1960s, Applegate Advertising Agency had offices in the house as did Art Graphics, Inc. which supplied artwork for the advertising agency.

The fire was discovered that Tuesday night by Ron Groves, president of Art Graphics. He was working at his drawing board when he heard a noise that he said sounded like “someone rifling through their desk.” When he checked on the source of the noise, he discovered flames coming from a wall in the reception area. The stained glass Tiffany window was there, according to Groves, “the first thing to blow.” Groves called the fire department, and then went for water to try to douse the flames. When he realized that the fire was already too intense, he left the building.

Fireman Hurley Goodall wrote that, “We had finished supper, washed the dishes and some members of the department were watching T.V., some were playing ping pong in the basement, and some were playing cards. It was a little after 8 p.m. when the first call came in.” The first fire trucks arrived on the scene within five minutes of the call and included a squad truck, pumper trucks, and the 100 foot aerial ladder truck. Hurley Goodall was the tillerman on the ladder truck that night.

As the firefighters arrived, so did members of the Ball family. Rosemary and her husband Alexander watched the fire from the garage. Edmund F. Ball and his son Robert were there, as were Margaret Ball Petty, and Rosemary and Alex’s son Frank. Rowland Webb, who had cared for the orchard and gardens at the house for many years, was there. All watched as the flames destroyed the home.

In the meantime, firefighters entered the smoke-filled house and went to the basement. According to Goodall, the firefighters thought that they had extinguished the fire near the furnace “until someone said ‘there is fire in the walls.’” The inside of the walls was covered by rough hewn lumber, and when the firefighters tried to cut through, their axes bounced off of the walls. The firefighters outside the house set up the aerial truck to get water on the flames coming through the roof.

Unfortunately, they only had one tool that could cut through the copper covering of the roof and none that could penetrate the stone walls. About ten minutes after the first alarm was sounded, a second was issued. At 9:06 p.m., Fire Chief Wilbur Shimer issued a general alarm and called off-duty firefighters in to help fight the fire and to set up generators and lights. Units from Gaston, Cowan, and Yorktown were called in to staff the Muncie stations.

When the fire was finally under control, the firefighters tried to lower the aerial ladder but it was frozen. It was driven back to the station for thawing, as was all the hose used to fight the fire. The temperature at the time the alarm was given was ten degrees, and it grew colder and windier as the night progressed.

The next day, as the fire still smoldered, Rosemary and Alex Bracken walked the site of her childhood home. Rosemary said that it was “. . . a sickening sight. . . Still smoking and smoldering. . .  Pumps going, getting water out of the big basement room. Not much left of old part.”

Seven pieces of equipment were used to fight the fire, and more than fifty firefighters battled the blaze. Three were slightly injured. Goodall said, “Tuesday night, February 28, 1967, would prove to be one of the most difficult and most frustrating nights of my firefighting career. As Muncie lost one of its landmarks we could see the flames and could not get to them to put it out.”