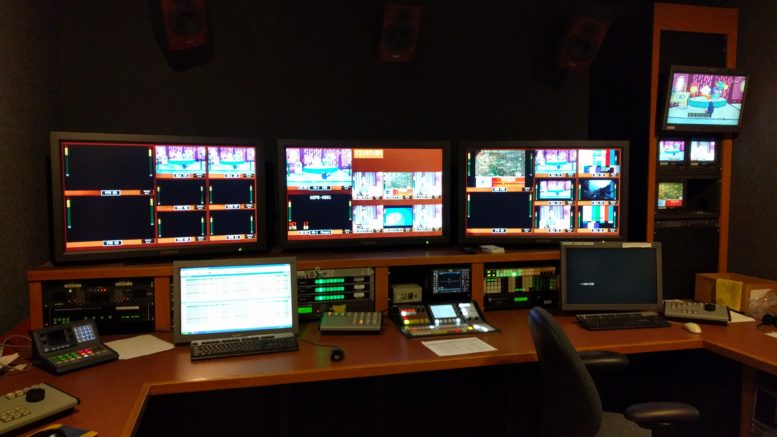 Since fall of 2015, the university had been a participant in the Federal Communications Commission’s (FCC’s) voluntary spectrum auction, which was conducted nationally in an effort to acquire broadcast capabilities for mobile providers.

The university’s Board of Trustees authorized participation in the preliminary FCC auction process in September of 2015 to determine whether Ball State could fulfill its commitment to quality public broadcasting, and fully achieve its academic mission, should the auction be completed.

“We have said all along that participation in the auction is only on the condition that it advance Ball State’s mission,” said Phil Repp, Ball State’s vice president for Information Technology and chief information officer, and interim dean of the College of Architecture and Planning. “We determined that selling the spectrum at this time would not be in the best interest of the university.”

WIPB is in the 500-600 MHz frequency range, which was under consideration for the auctions. While the auctions are ongoing, Ball State has officially concluded its participation.

As a result of the auction, WIPB will continue to operate as it has been but will change its broadcast frequency. Repp notes that this is the second time the FCC will move WIPB from one frequency to another: The last time was in 2007, when WIPB moved from standard definition (SD) to high definition (HD). This should not result in any notable changes in the station’s reach, he added. The station has up to 20 months to change its frequency.

The cost of the change is yet to be determined, but the FCC had set aside some money for stations that would be required to change frequencies, Repp said.

“I want to thank our loyal viewers and supporters who have stuck with us through this process and shared their thoughts, time and energy on our behalf,” Repp said. “As a public broadcasting station, we depend on, and remain eternally grateful to, our ongoing supporters.”