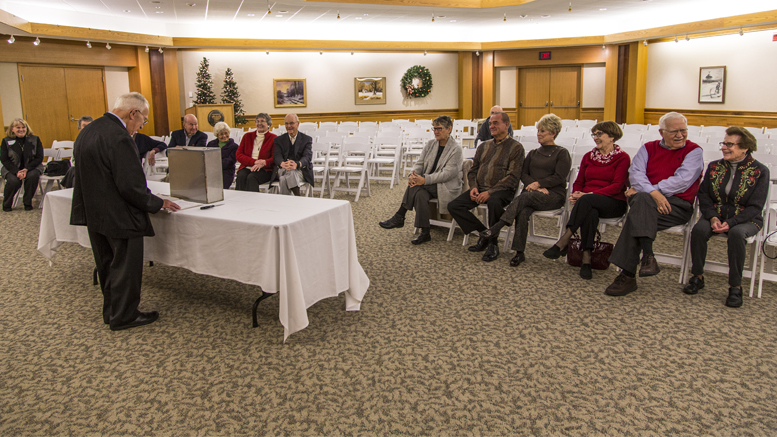 On Sunday, December 11, 2016 at 2:00pm at Minnetrista, retired Muncie architect and You and Year 2000 committee member Jim Gooden and Karen Vincent, director of collections at Ball State University, opened the time capsule in front of about a dozen local community members.

Four individuals or community organizations placed contents in the time capsule in 2000 including You and Year 2000, Incorporated, Edmund F. Ball, the White River Trail Development Design and Steering Committee, and the Ball Hospital Cancer Center. The materials were in excellent shape and will be archived with the Minnetrista Heritage Collection. The second time capsule was also unearthed and left unopened, as the marker along the Cardinal Greenway has been vandalized. It too will be stored temporarily at Minnetrista until the marker can be restored and the 2100 AD time capsule replaced.

The contents of the 2016 time capsule included:

From You and Year 2000, Incorporated:

– Transcript from Muncie Millennium 2000: A Town Meeting dated from December, 2000.

From the Ball Hospital Cancer Center:

– Booklet entitled Ray of Hope – A Guide to Cancer Prevention.