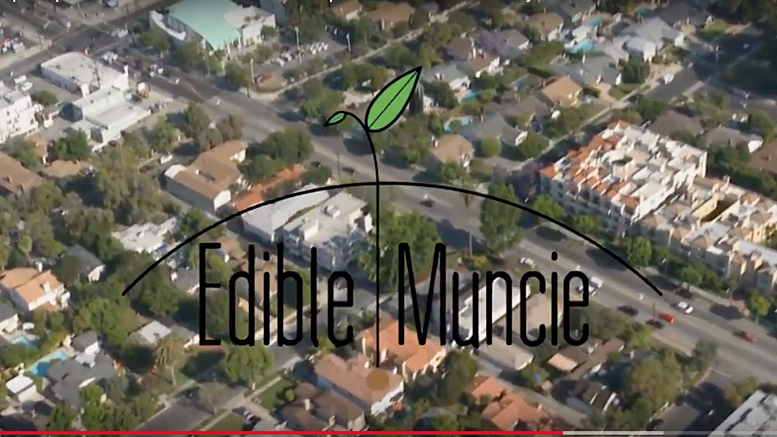 Muncie, IN—The local non-profit organization Edible Muncie of Delaware County has unveiled a new video, Stop Gap, to document the transportation challenges faced by residents who live in one of the Muncie’s food deserts. Food deserts are defined by the USDA as places where at least 500 people reside more than one mile from a supermarket or large grocery store.

Edible Muncie is working to eliminate food insecurity and food deserts in Delaware County and was one of the key organizers of the 2016 Local Food Summit on October 26th at the Ball State Alumni Center, where the video debuted.

Wesley-Rice-Snow, one of the filmmakers and a local eighth-grader, and his mom were among the more than 100 audience members at the summit.

Wesley started making videos in his backyard in fifth grade, capturing his friends on his iPad. He soon moved to bigger projects like his cousin’s wedding, and eventually connected with Stuart Cotton, Creative Digital Mentor at Muncie Public Library’s Connection Corner, who introduced him to more sophisticated software. Wesley continued to hone his craft under the name “WESRS Productions,” through which he produced short videos for Cornerstone Taijutsu and Switching to Solar at the Church in the Woods, a video about the installation of solar panels at the Unitarian Universalist Church of Muncie.

He was given the opportunity to assist Carolyn Case, a telecommunications graduate student at Ball State and a founding member of Edible Muncie, with producing a video to increase awareness of the challenges of food deserts. Wesley helped to film some of the initial interviews and background footage.

Earlier this year, Edible Muncie gave him the green light to use these assets to create Stop Gap. He completed some additional interviews and worked with Edible Muncie board members and Stuart Cotton to produce the final product.

“Transportation is often a major factor in getting quality, nutritious food,” explained Karen Howells, a founding member and current vice president of programming for Edible Muncie. “This video will be used to make people aware of the difficulties people in food deserts face to obtain food for their families. We hope to engage the community in finding ways to solve this problem.”

“Making this film taught me that poverty is a lot more than just not having enough money to pay bills; it’s about food, transportation, and endurance,” said Wesley.  “When I started WESRS Productions, the title meant nothing. But with every video I make it means more and more – it makes me so proud.”

You may view the video below.