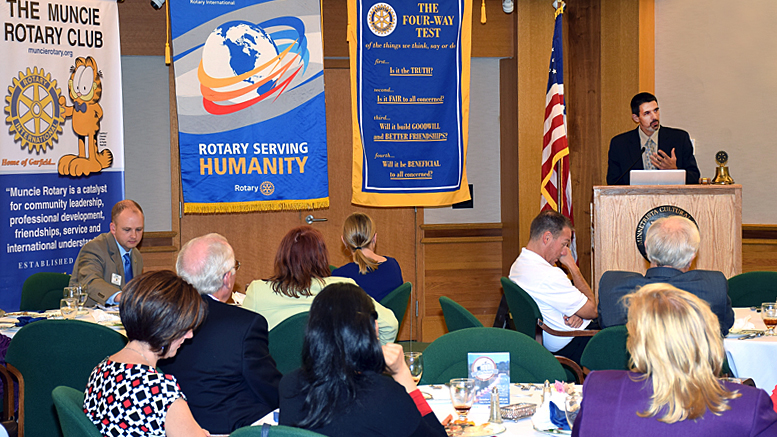 Muncie, IN—Join Cornerstone Center for the Arts and Masterworks Chorale, Inc. for a unique traveling choral experience on Sunday, October 23 from 4:00-6:00. This concert will be spread throughout Cornerstone’s historic facility with the selected musical pieces reflecting each room’s unique sonic characteristics.

Attendees will move from room-to-room with performances taking place in the Colonnade Room, the Great Room, the auditorium, and the Legacy Room concluding with the finale inside the Grand Hall.  The Grand Hall performance will include 135 singers performing a short cantata Wolfgang Amadeus Mozart composed for his own Mason Lodge.

“Connecting music and architecture is what our first concert is about. Where we HEAR music, affects HOW we hear music.”—Dr. Andrew Crow

Masterworks Chorale exists to enrich the Muncie community with excellent cultural experiences through the performance and promotion of live choral music.

Tickets are available at the door or online at Munciemasterworks.org. $12 for adults, $10 seniors: 60+, free for children and students with an ID.

About the Rooms Inside Cornerstone Center of the Arts Where Sunday’s Performances will be Held.

The E.B. Ball Auditorium holds approximately 1,100 people, and is of the “bowl construction type”. Hand painted detailing adorns the auditorium, however, the beauty does not stop at what can be seen on the walls or framing the stage. A look to the ceiling just in front of the stage shows another of this building’s many murals painted by artist Gustave A. Brand, and at the center, an imported Bohemian handcrafted chandelier original to the building still sparkles.

Although the foundation of the Masonic Temple was poured in 1921, construction was soon halted, and architect Cuno Kibelewas tasked with redrawing the plans to include a community auditorium and banquet hall on the first floor. The change came with the donation of $150,000.00 from the Ball brothers, who wished to provide a space in Muncie for the public to enjoy entertainments of a high order, and felt they had found a good organization to oversee such a facility. Upon completion the Masonic Temple Auditorium became the home to the first Muncie Civic Theatre plays and many other shows for the community to enjoy. 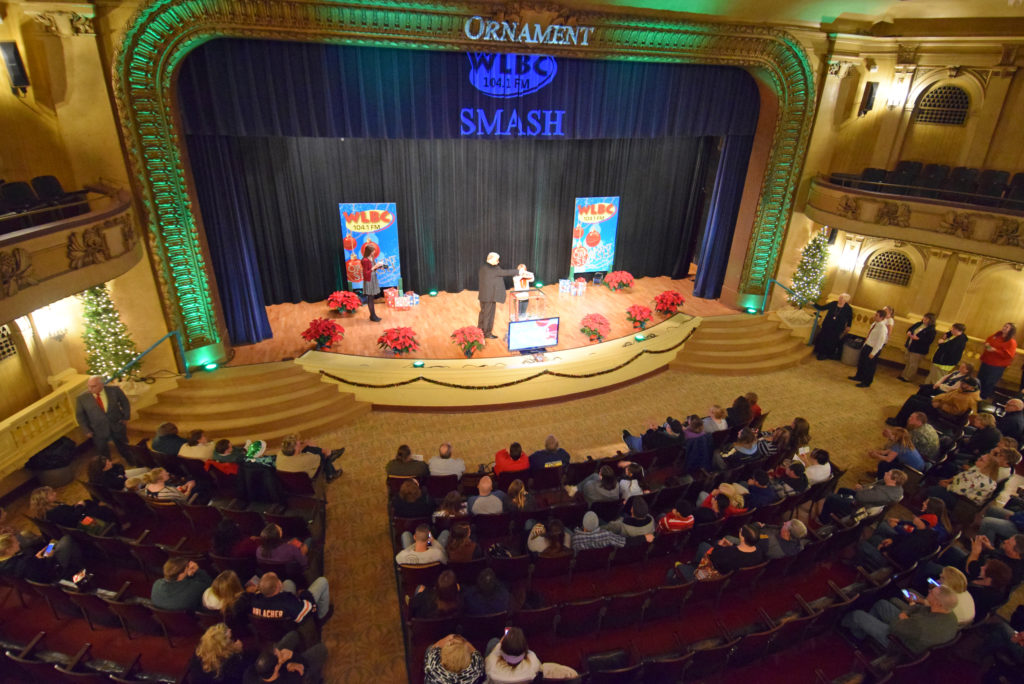 The Colonnade Room is the largest room of the building aside from the auditorium. This room was designed with the intention of hosting large Masonic and community events and galas. The Colonnade Room is an open-concept ball room made with marble, plaster, and terrazzo flooring, including a second floor mezzanine balcony. Behind the doors on the north facing side of the room is a full kitchen used by caterers to prepare banquets, and dinners from the opening of the building to the present time, which has come to also include events like weddings. 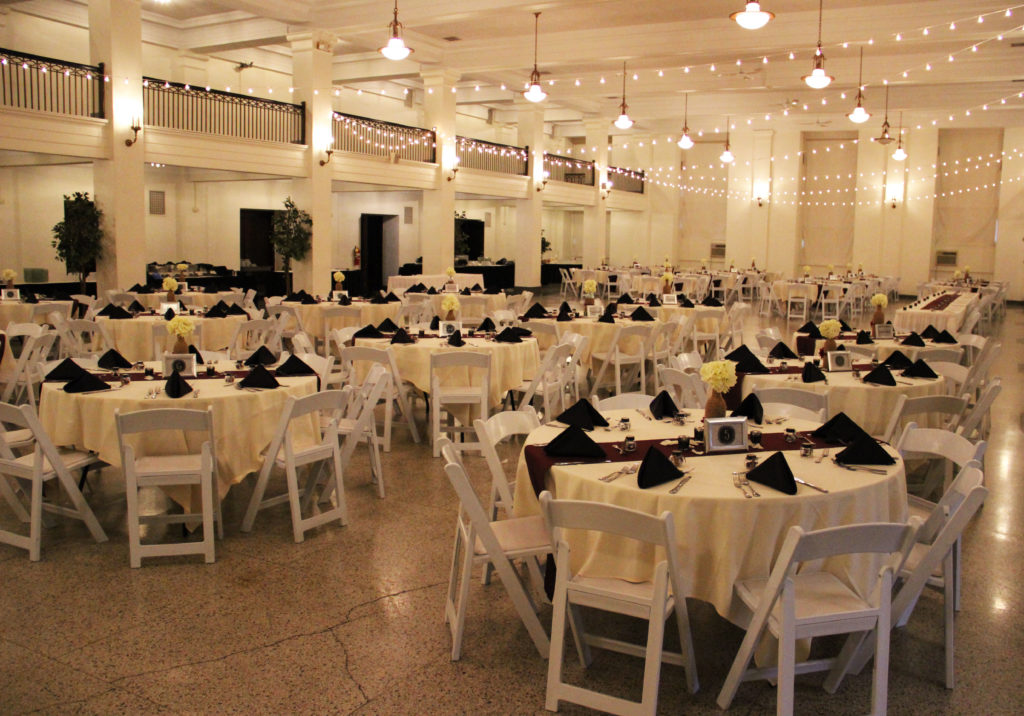 The Great Room was formerly called the Clubroom or the Social Room. This room was originally used as a lounge, and for smaller gatherings for the various Masonic Association entities housed within the building. Connected to this room by two sets of double doors was the ladies’ parlor, a formal lounge area designated for women only. The stairs within the Great Room lead the way to the mezzanine balcony, now home to many of Cornerstone’s art and dance classes, this area originally contained a billiard and card room for men. 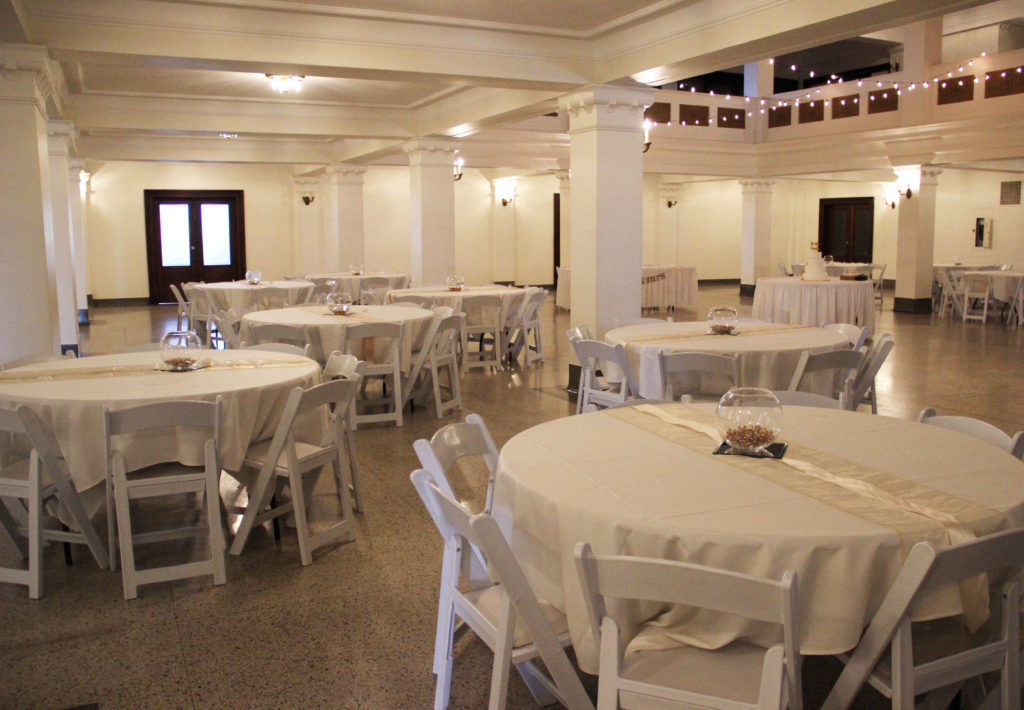 Now known as the Grand Hall, the Commandery Room was once where Masonic orders held formal ceremonies, marching and sometimes multi-day events including members from around the state or even the country. Various Masonic Association entertainment, and dinners reserved only for members and their families were also held here. The Grand Hall features a 60-foot stage, tiered seating along either side, and abalcony that runs along its south wall. A closer look at the walls of this room shows the intricate stenciling, hand-painting, and gold leaf embellishments. 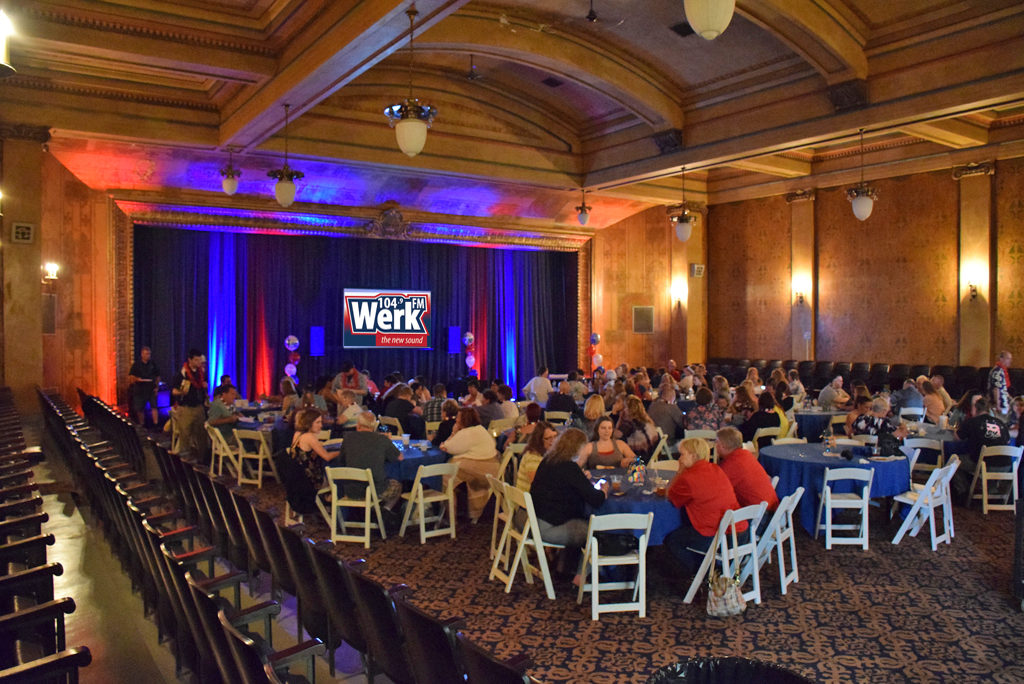 An image of Cornerstone Center for the Arts “Grand Hall” during WERK’s 50th Birthday celebration. 135 singers will perform the final choral piece of the concert in this room: a cantata by Mozart. Photo by: Mike Rhodes

One of two nearly identical rooms previously called the Blue Lodge Rooms, the Legacy Room is one of the most breathtaking sights in the building. Eleven murals, 12 by 14 feet in size line three of the four walls, each portraying biblical scenes on which Masonry is founded. Gustave A. Brand, known for his murals, painted these 11 murals, as well as the 11 in the room that is now called the Majestic room. Brand is said to have painted these murals off-site and had them shipped in to be mounted.

With this being one of the Masonic Lodge rooms, this room, like much of the second and third floors, was not generally opened to the public, lodge meetings and private ceremonies took place in the lodge rooms. 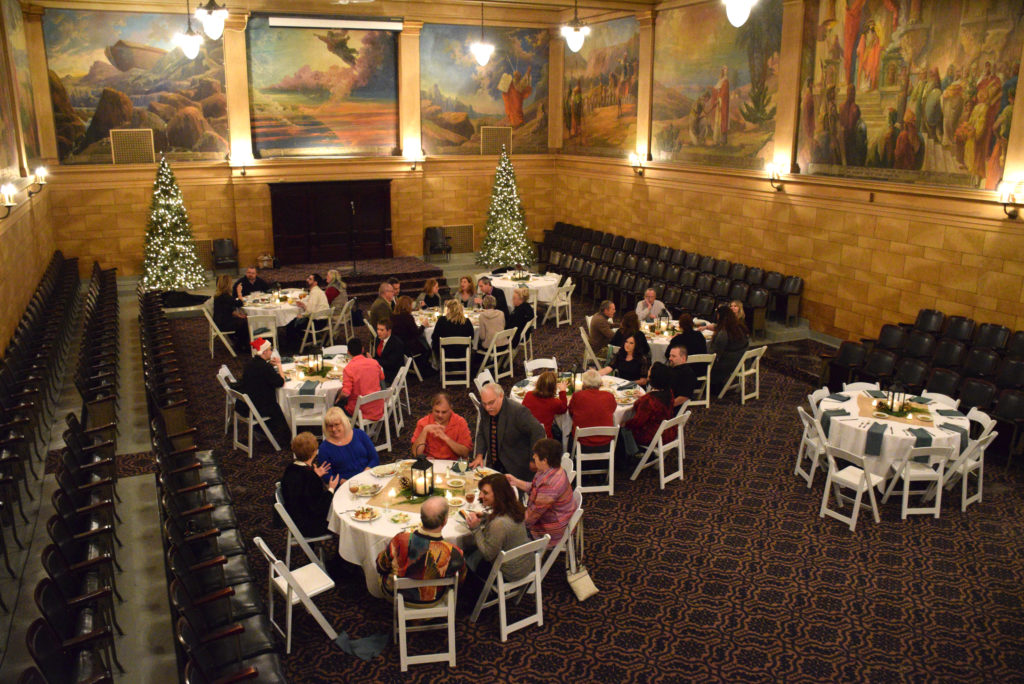 The Legacy Room and its murals. Photo by: Mike Rhodes