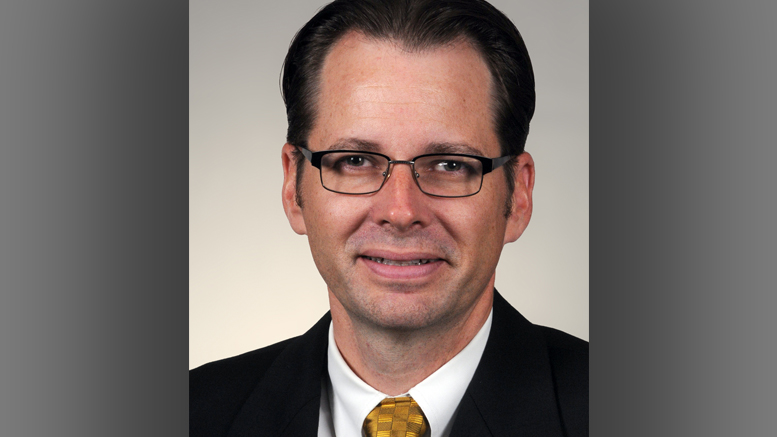 Muncie, IN— First Merchants Bank, a subsidiary of First Merchants Corporation, is pleased to announce Scott McKee has been named regional president for the Muncie/East region.

A native of Chesterton, Ind., McKee received a bachelor’s degree in Corporate Finance from Ball State University and a master’s degree from Butler University. With more than 25 years in the banking industry, McKee has focused on working capital, equipment and real estate financing.

“Scott’s experience and expertise will serve him well in his new role,” said First Merchants Chief Banking Officer Mike Stewart. “He has been a key contributor in the Muncie/East region for the last decade and is an active leader within the community.”

McKee is active in United Way, Ball State University College of Business and the Muncie-Delaware County Chamber of Commerce. He and his wife, Laurie, have two children. 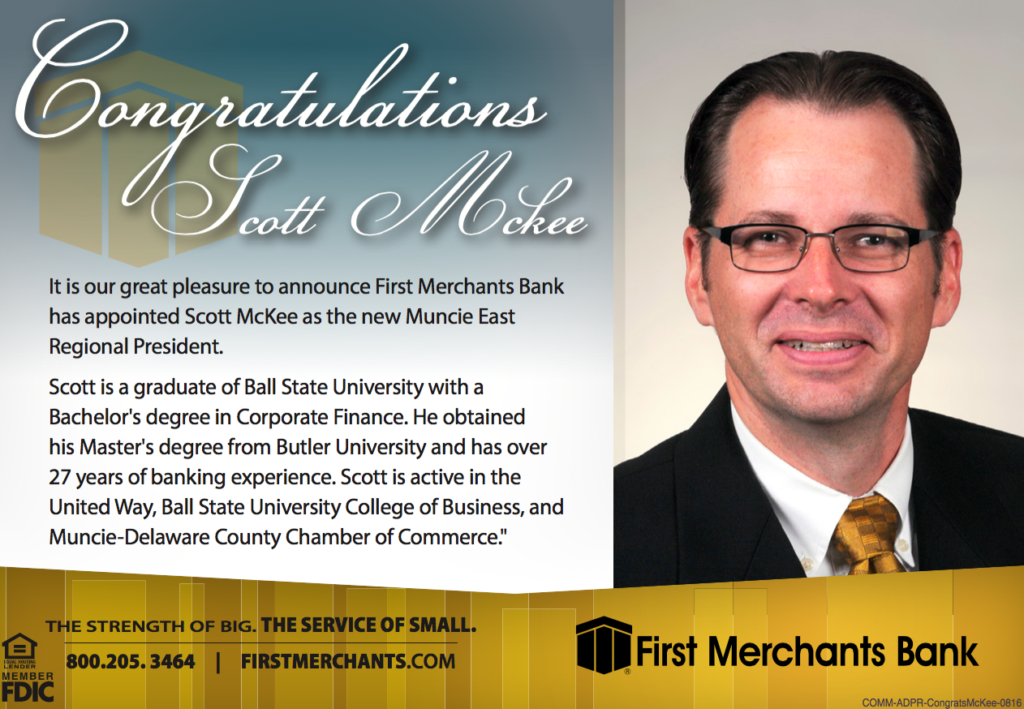