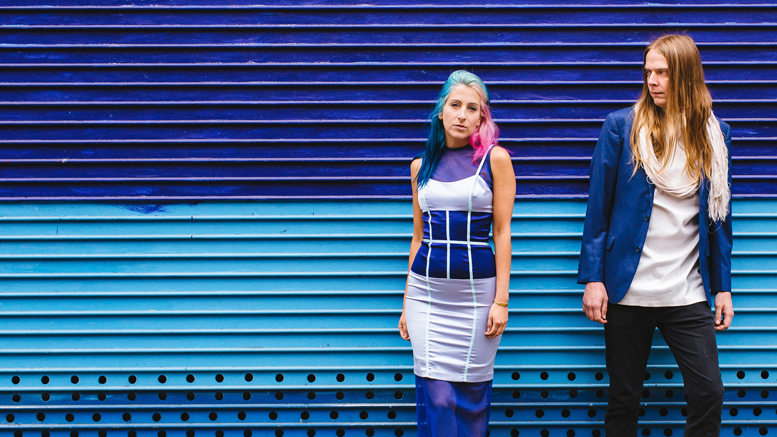 Muncie, IN—NYC’s favorite surf rock band High Waisted hit the road on an American tour in support of their their debut LP, On Ludlow. Named “best party band” by GQ and “buzz band to watch” by NME Magazine, High Waisted’s boisterous set lives up to their name.

The band has become a lower east side cult fave and lead singer Jessica Louise Dye is recognized for her wild style, off and on stage. The band just released two music videos, one on Nylon, the other on Bust Magazine – a feminine blend of NYC punk and modern internet “it” girl. With Dye’s powerful voice and an eclectic mix of infectious guitar melodies and vintage vibes, the group brings empowerment, feminine inspiration, and party vibes to all those enjoying their music. The band’s debut album, “On Ludlow” is a narrative for youthful adventure in NYC’s oldest rock ‘n’ roll neighborhood the Lower East Side, filtered through a lens of cheerfulness, reverb and sunshine. High Waisted’s live set is boisterous and the perfect backdrop to endless summer nights, crushes gone wrong, and the friendships and memories that make it all right again! Stream “On Ludlow” on Consequence of Sound.

Supported by Back of a Car, Heathen Daniels, and Setting Color. The show begins at 8:30pm. Tickets available day of show for $5.