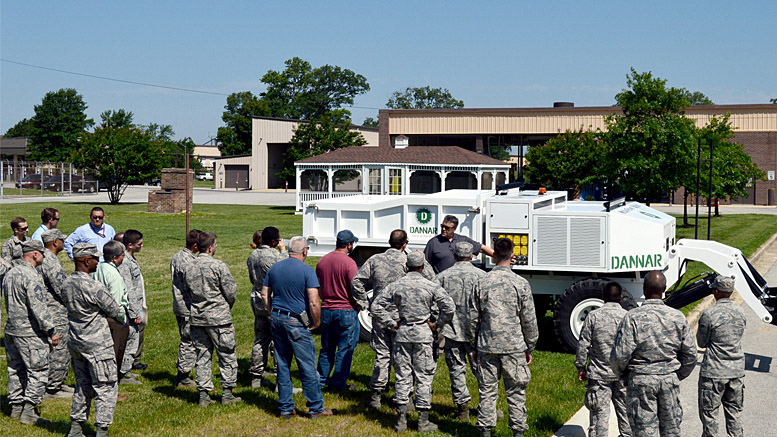 MUNCIE, IN – Dannar, LLC, makers of the first of its kind Mobile Power Station®  (MPS), demonstrated its production unit at Joint Base Andrews (Andrews Air Force Base) in Maryland on July 14 to dozens of high ranking U.S. Department of Defense (DoD) and other Federal Government officials who have been meeting with Dannar for the past 18 months.

In addition, Dannar was the headline sponsor of the 4th Annual Military Mobile Power Summit in Alexandria, VA, July 12-13. That event focused on the efforts to advance mobile power and energy capabilities in the military and highlighted initiatives to reduce energy footprint. 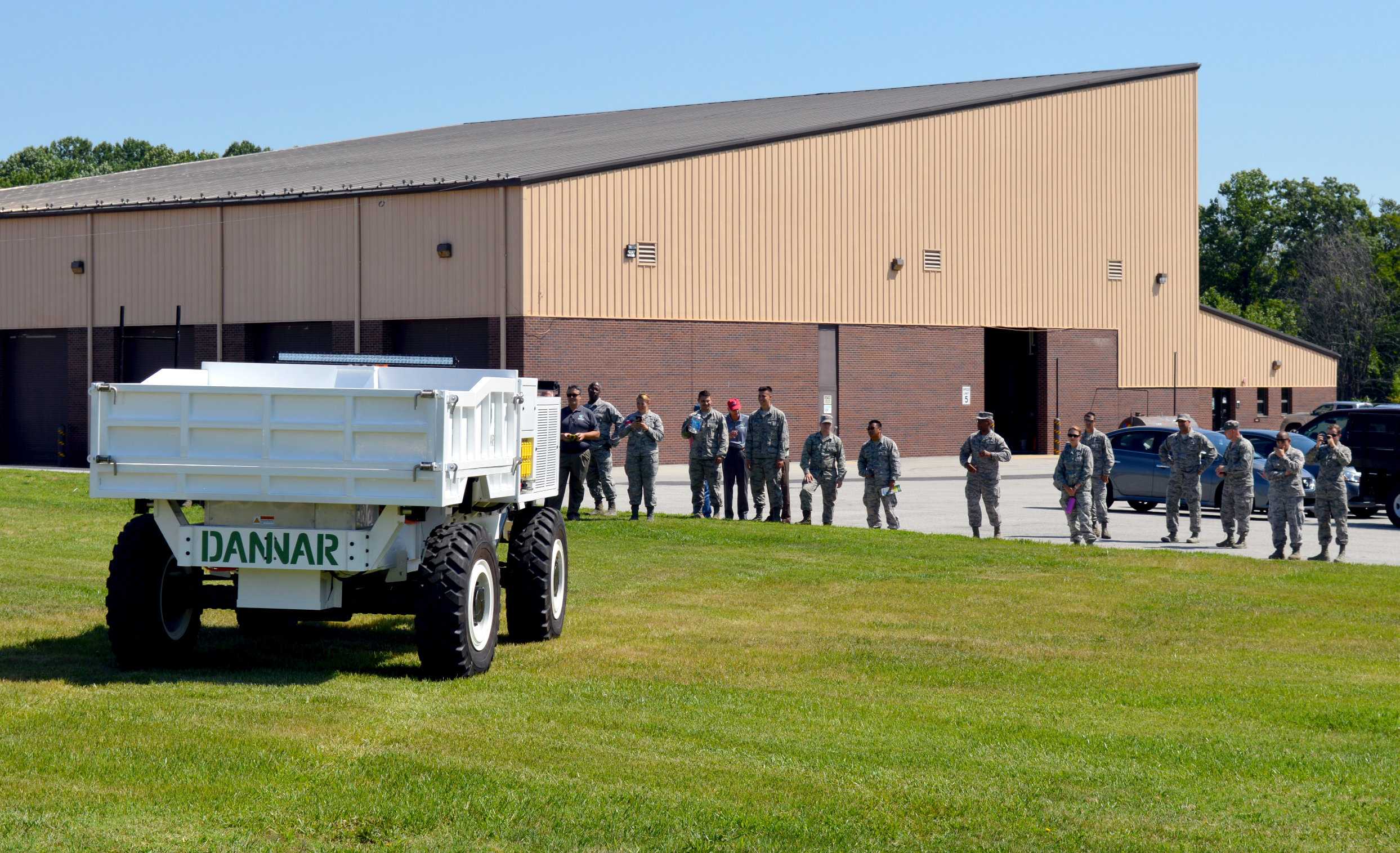 “We were very pleased with the comments and opinions of a wide range of military personnel we encountered both at Andrews and at the Summit,” said founder and CEO Gary Dannar. “For well over a year, we have been meeting with various military leaders that are specifically focused on providing clean operational energy at military bases across the country.

“The energy technology in the MPS is a proven, alternative energy source that the military is already using in a stationary setting, but we’ve put it on a platform they can drive and maneuver wherever they need that power. When you combine that with the ability to do work with our machine, the response was outstanding.”

Personnel from various branches of the military were afforded the opportunity to test drive the MPS at Joint Base Andrews, providing invaluable feedback on the maneuverability, flexibility and usefulness of the multi-functional machine.

The MPS is a self-propelled power generator, built to provide contingency power for off-road infrastructure maintenance and disaster response. The MPS carries as much as 715 kWh of on- board electricity via high-efficiency, lithium-ion battery packs, as well as an auxiliary power unit for regeneration of those batteries. In an emergency, the MPS can provide off-grid electricity as well as re-charge electric vehicles and tools. Combined with the ability to use any number of universal, quick-hitch hydraulic attachments, the MPS can replace many single-use diesel and electric vehicles.

“In a natural disaster, or other emergency, our cities, counties and military roll in a fleet of single- function heavy equipment to clean up debris and then they also tow in diesel generators for emergency power,” Dannar said. “With the MPS, you can provide both a clean-up machine and days of emergency power with on-board battery packs and a backup generator, all in a single machine. Then, if you were to daisy-chain together multiple Mobile Power Stations, you could provide a micro-grid of electricity for entire city blocks.” 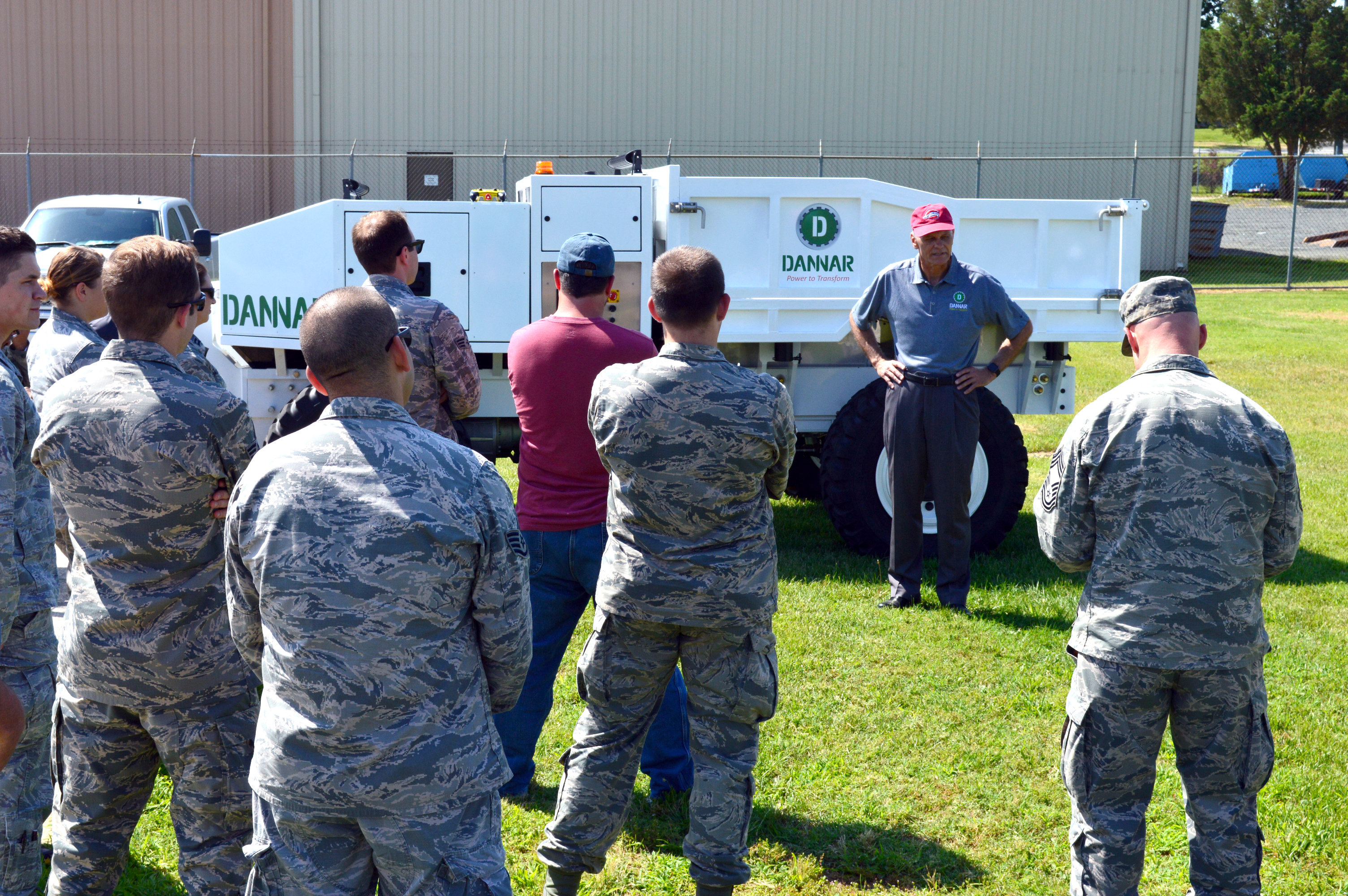 These events mark the on-going commitment by Dannar to provide fleet managers across the U.S. with a clean, quiet, versatile work machine that could help revolutionize how our nation maintains its infrastructure. No other heavy equipment manufacturers are producing electric or electric hybrid options at this time.

“The Mobile Power Station is really a disruptive technology,” Dannar said. “Disruptive machinery only happens once every 30 or 40 years. In the construction equipment market, no other combustible-engine machine carries as much energy, or provides as much work flexibility, as the MPS.”

Dannar’s vision for the MPS dates back to 2001 and has taken many years and a few prototypes prior to reaching production this year. The company continues to grow within its current Muncie facility, but a new assembly plant will be built in 2017 on the former Indiana Steel and Wire property within the Kitselman Pure Energy Park (KPEP).

The Mobile Power Station is built with mostly off-the-shelf components, but all manufactured parts are being locally sourced in East Central Indiana. To date, Dannar has provided over $2 million in business to suppliers throughout the region.

“We are committed to the promises we made when we moved the company from South Carolina. We want to help revitalize manufacturing in this area and provide well-paying jobs,” Dannar said. “Muncie and Delaware County have been great to work with and very supportive of our efforts. We are building a first-of-its-kind product, which inherently comes with fits and starts, but we have turned the corner with our production unit and our growth will continue.”

More information on Dannar and the Mobile Power Station can be found on the company’s new website at www.dannar.us.com