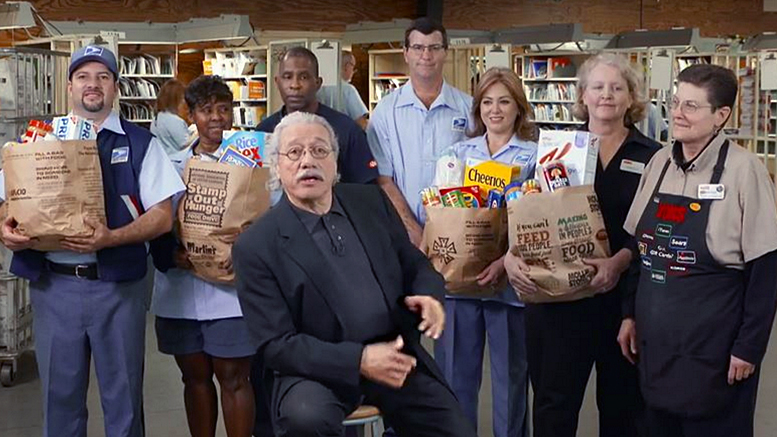 Stamp Out Hunger takes place on Saturday, May 14. Photo provided.

MUNCIE, IN— The second Saturday in May is held near and dear to postal carriers and food pantries alike. On this day, the National Association of Letter Carriers teams up with more than 10,000 participating communities nationally to collect non-perishable food donations along postal routes in an effort to Stamp Out Hunger. Since the program’s inception in 2003, Stamp Out Hunger has collected more than one billion pounds of food in the United States!

This year, Stamp Out Hunger is taking place on Saturday, May 14. Residents received a Stamp Out Hunger bag in his or her mailbox. To contribute to the cause, place non-perishable food items in the bag and leave it next to your mailbox for the postal carriers to pick up. For those who would like to participate but aren’t available to do so on May 14, donations can be dropped off at any of the US Post Offices prior to the event date (find your Post Office donation location at https://tools.usps.com/go/POLocatorAction.action). 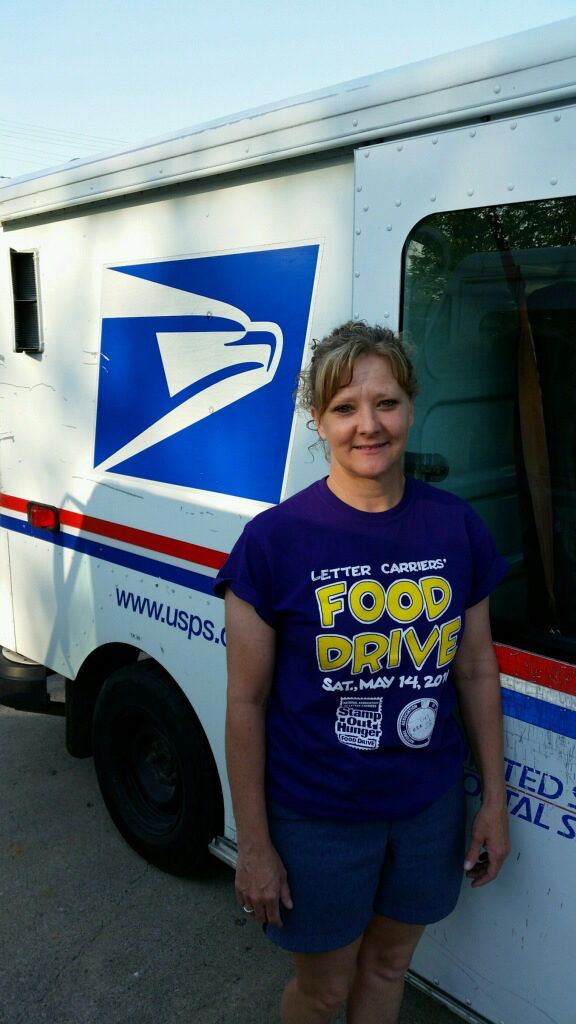 Locally, Stamp Out Hunger is coordinated by Postal Carrier Debbie Edwards Thompson, a 20-year veteran of the program. During Muncie’s first year of adopting Stamp Out Hunger, Thompson identified a need for someone to take charge and lead the effort in the community. She felt compelled to be just this person. Thompson understood the need for donations in Muncie, as the food pantries were not meeting the needs of the hungry. This inspired her to take on a leadership role as the coordinator in Muncie, a role that she still upholds today.

Last year, Muncie’s Stamp Out Hunger team consisted of more than 100 postal carriers and 50 volunteers. Together, they were able to collect and distribute roughly 54,000 pounds of food to 17 local food pantries!

Collection day is both tough and rewarding to all who are involved. Postal carriers trek their usual routes, gathering the gifted food along the way. Some of the foot carriers have their families accompany them on their routes in a vehicle to enable quicker pick-up. Throughout the day, food is delivered to the post office, sorted, weighed and loaded into food pantry vehicles in a day-long circle of giving.

The donated food is divided equally among 17 pantries. This is unlike many participating communities, who donate to a sole source. Thompson says every year the food pantries are incredibly gracious to receive edible donations from Stamp Out Hunger. Thompson has visited multiple food banks as the donations were being distributed to those in need. She said this is a moving experience and makes all her hard work pay off.

Stamp Out Hunger is still seeking volunteers for the May 14 event. To get involved, contact United Way of Delaware County at 765-288-5586 and ask to speak to Mike Brown or Jim Flatford. 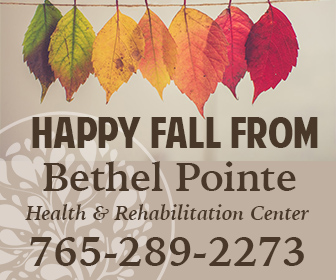