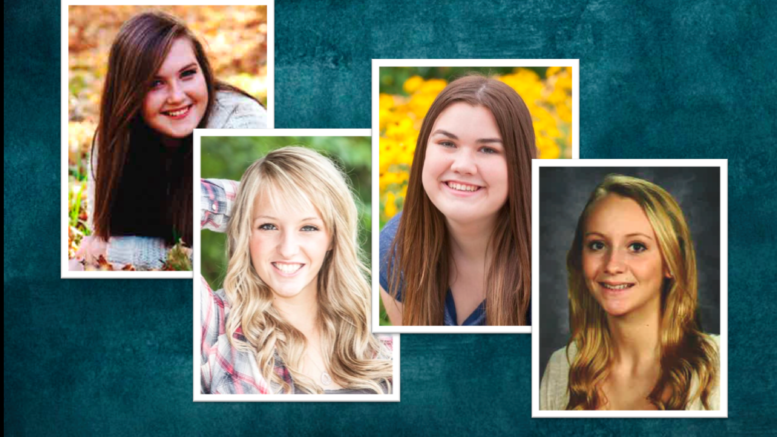 The Community Foundation of Muncie and Delaware County, Inc. has announced Kaitlyn Ewing as the recipient of the 2016 Michele Barnhart Hires Scholarship.

This scholarship honors Michele Barnhart Hires, a 1966 graduate of Daleville High School. A popular fun-loving student, Michele was active in theatre and choir. Although she finished high school as a “C” student, she was determined to earn a college degree. Michele did just that. She earned a degree in speech, drama, and communications from Pepperdine University. The Michele Barnhart Hires Scholarship is awarded to a graduate of Daleville Junior/Senior High School who plans to attend either a recognized Indiana post-high school educational facility (college, junior college, trade school, etc.) or Pepperdine University.  Applicants must have a B or C grade point average.

Ewing, the daughter of Jayne Ewing and Robert Ewing, plans to attend Anderson University, where she will study political science.

The Community Foundation of Muncie and Delaware County, Inc. has announced Rebecca Hollowell as the recipient of the Muncie Southside Spirit Scholarship.

Recognizing the importance of higher education and the cost to achieve it, the Muncie Southside Class of 1971 created this award for a deserving graduating senior to pursue the dream of furthering their education. The recipient must currently attend Muncie Central High School and have either attended Muncie Southside High School for at least one academic year or attended Muncie Southside Middle School for at least one academic year. Additionally, the recipient must rank in the top 20% of the class; plan to attend an accredited college, university, or technical college in Indiana; have participated in extra-curricular activities or held a job outside of school; and demonstrate good citizenship.

Hollowell plans to attend Trine University to study marketing. She is the daughter of John and LaDonna Hollowell.

The Community Foundation of Muncie and Delaware County, Inc. has announced Kaylen Jones as the recipient of the Murray’s Jewelers Scholarship.

Recognizing the value of higher education in the community, the Murray family and Murray’s Jewelers celebrated the store’s 125th anniversary in 2010 by establishing the Murray’s Jewelers Scholarship Fund. This scholarship is awarded to a graduating senior from Delaware County who maintains at least a 3.0 grade point average and plans to study fine arts or business at a regionally accredited college or university in the State of Indiana.

Jones, a senior at Burris Laboratory School, plans to attend Indiana Wesleyan University, where she will study pre-art therapy. She is the daughter of Patrick Jones and Cami Barger-Jones.

The Community Foundation of Muncie and Delaware County, Inc., has announced Emma Fromholz as the 2016 recipient of the Jerry Parrish Scholarship.

This scholarship is awarded to a graduating senior from Muncie Central High School. In selecting a recipient, consideration is given to academic achievement, participation in extra-curricular activities, community leadership and civic activities, and the applicant’s goals and ambitions.

Fromholz plans to study pre-pharmacy at Purdue University. She is the daughter of Jennifer Fromholz.