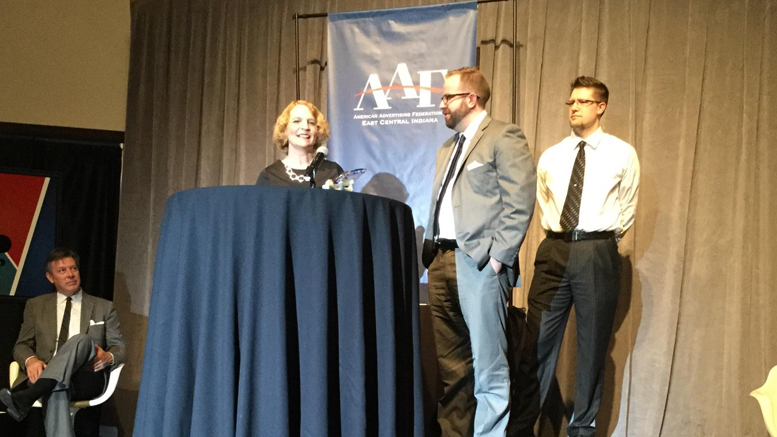 In addition to creative awards, two club awards were given out in recognition of outstanding contributions to the advertising industry. The Silver Medal Award, the highest honor presented by the AAF to an individual who has made outstanding contributions to advertising and who has been active in furthering the industry’s standards, creative excellence and responsibility in areas of social concern, was presented to Dee Norris-Helms of dreamStar Productions Inc. The Presidents Award, which recognizes a member who has provided extraordinary service to AAF, is committed to the growth and professionalism of their club and has provided long-term leadership, was presented to Allison Robbins of Intersection Authenticity Agency.

The complete list of winners is below as (Category: Title of Work, Entrant):

Muncie, IND. – Ball State University student Alaynee Fink was recently recognized at the District 6 American Advertising Awards (ADDY’s) ceremony. Her film, titled “Beginnings Matter,” took home a Silver in the Student Television Advertising category. Her entry was forwarded to the District level after earning a Gold and Best of Show at the local level (see above)  at the American Advertising Awards of East Central Indiana.  You can view Alaynee’s District 6 winning film below.