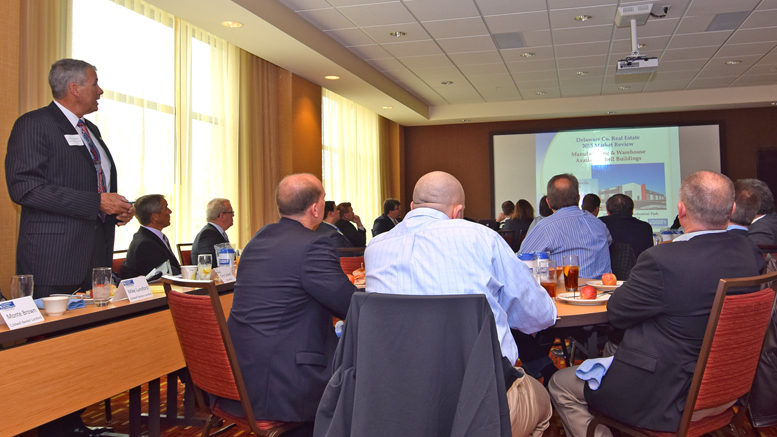 According to Mike Lunsford, “Small markets like ours require fairly extensive research as there is not a comprehensive database. We spend a great deal of time researching city and county records, MLS, speaking with appraisers, owners and using reasoned local knowledge to present as clear and fair overview as possible.”

Mike covered the major segments of the Delaware Co. commercial market in the areas of highest concentration and activity.

The illustration below shows the drivers for the commercial market and how they relate to one another. They all come together to affect the employment level which then becomes the major influence on all phases of commercial real estate. While  Delaware Co. employment continues to improve along with the general economy, Delaware County is lacking the increase in population that usually results. 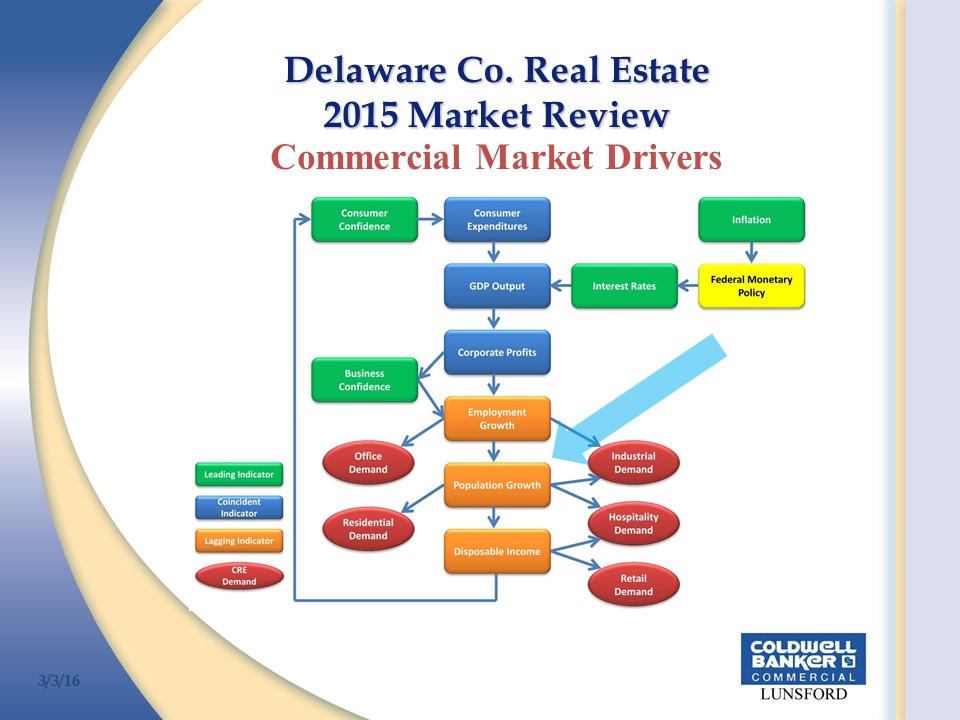 As a result of the loss of two major tenants, there is now over 200,000 SF of ready-to-occupy space in the Downtown Industrial Center. The space can be divided into sections from 30,000 to 199,000 SF.

The newest shell building in the south industrial park was completed and the Air Park building was sold, leaving 2 buildings to attract prospects. The prices indicated are for the unfinished shells and completion will likely add $40-$50/SF to their price. These prices normally may be adjusted through incentives from state and local governments largely based on the number and quality of new jobs. Shell buildings are great activity generators and often lead to opportunities for existing real estate. Prices for privately financed new construction are around $30/SF for pre-engineered steel buildings, plus necessary site work. 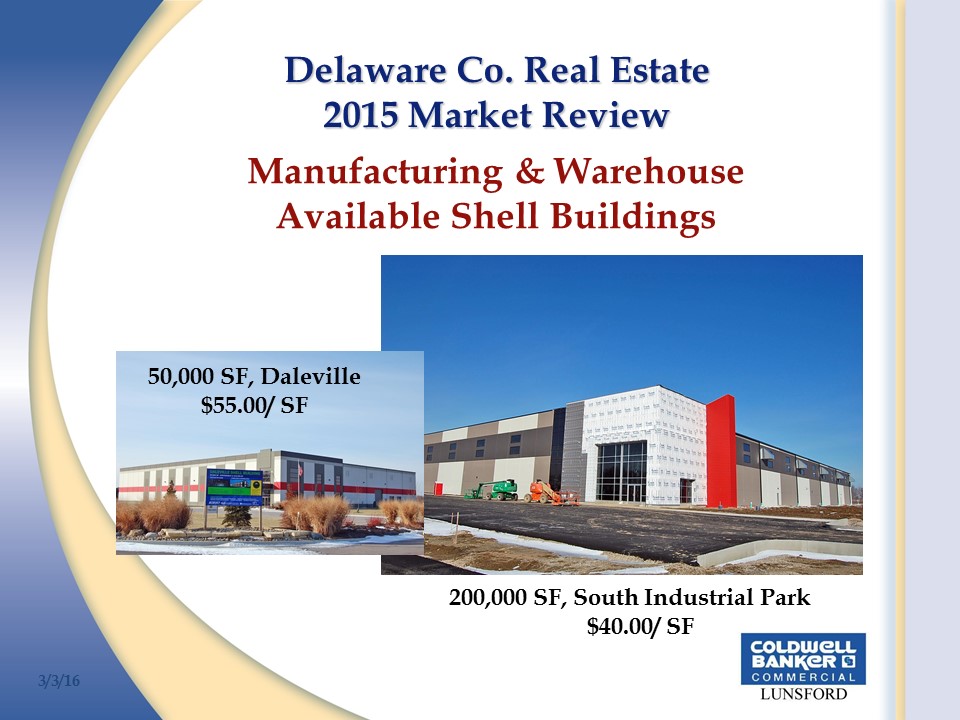 The options for those seeking 30-100,000 square feet of manufacturing or warehouse space increased in the 4th Quarter with significant vacancy in the Downtown Industrial Center.

The spec buildings will continue to provide choices in location and flexibility.

Manufacturing has pretty well recovered nation-wide and even more so in IN. We believe we’re an especially attractive location because of the favorable business climate, our proximity to major population centers and the very affordable cost of living and doing business in Muncie and Delaware Co.

There was  significant activity downtown with the opening of the new hotel and restaurant, and improvement of infrastructure. The Liberty Pass Canal is a nice addition and provides an initial piece of the planned river-front development.

Star Plaza at 400 N. High filled over 7,800 SF and is now completely occupied for the first time. The new vitality downtown will generate more demand for residential housing and the retail services, like grocery and convenience stores to support it. 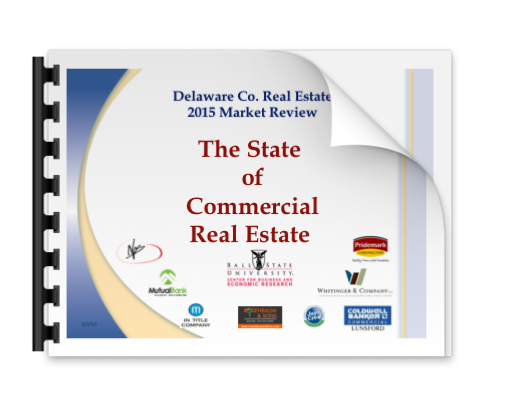 The entire Powerpoint presentation including residential information can be viewed at this link.