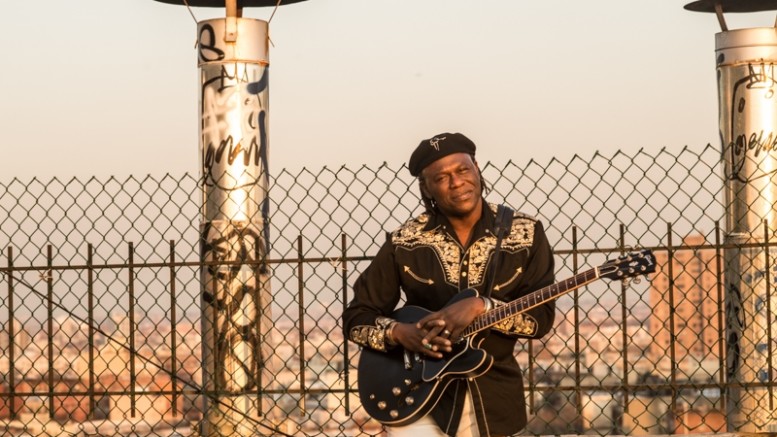 Editor’s note: Due to weather and potential high winds, the concert will be held at Cornerstone Center of the Arts.

His playing is ferocious. His solos spin wilder and wilder with the kind of fierce embellishments that Jimi Hendrix might’ve conjured. — Chicago Tribune

Joe Louis Walker is famous worldwide as one of the blues genre’s top musical trailblazers– a mesmerizing guitarist and soul-testifying vocalist, known for his stinging lyrical lines, elegant, economical phrasing, and especially for the signature sound of his Fender Strat. He is a 4-time winner of the prestigious Blues Music Awards’ Album of the Year, a 2-time W.C. Handy award winner, and was inducted into the Blues Hall of Fame in 2013. Walker began his career while still a teenager, sharing the stage and rubbing shoulders with nearly every American and British blues musician of note, including such greats as John Lee Hooker, John Mayall, Muddy Waters, Jimi Hendrix, B.B. King, Otis Rush, Willie Dixon, Albert King, James Cotton, Steve Miller, and Lightnin’ Hopkins.

Walker also became fast friends with blues legend Michael Bloomfield, whom he cites as his biggest influence. In the late sixties and early seventies, Walker toured incessantly. But in 1975, and for the next ten years, he turned a new chapter in his musical and personal life and abandoned the blues to perform gospel music with the Spiritual Corinthians. After a gospel set at the 1985 New Orleans Jazz and Heritage Festival, Walker was re-inspired to embrace his blues roots again, bringing a new-found gospel intensity to his searing solos and, especially, to his singing. With a string of highly praised recordings on High Tone and Verve, Walker re-established himself as a major force in the blues world, a force that has not waned over the intervening years. Today, Walker is still at the top of his game, recently winning the Living Blues Critics’ award for Blues Album of the Year for his critically acclaimed 2012 Alligator Records release, Hellfire! Apparently there is no stopping Joe Louis Walker, which is a very good thing for blues and music-lovers everywhere.

The Muncie Three Trails Music Series is unique in the state of Indiana as the only annual music series featuring current recording artists of national stature and critical acclaim in free public concerts.