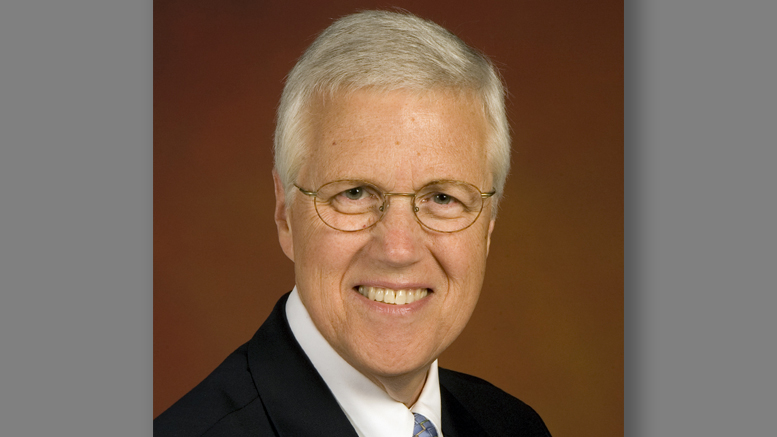 Al Rent, a fixture in local broadcasting for several decades, has been named executive director and general manager for public broadcasting operations at Ball State University.

Rent, who until recently was Ball State’s director of relationship marketing and community relations, will oversee WIPB-TV, which serves about 664,000 households in a 30-county region in Indiana and western Ohio, and Indiana Public Radio (IPR), which serves 22 Indiana counties and part of Ohio.

Dan Lutz, associate vice president for information technology, said the move is fitting since Rent was active with radio station WBST in the 1960s and among the founding members of WIPB, which went on the air for the first time in 1971.

“Truth be told, he has never strayed far from the stations, volunteering for decades both on the air and behind the scenes. His passion for both is simply unparalleled,” Lutz said. “Al brings to this position a great depth of broadcasting experience, local content development, community involvement and an understanding of the local community that is so important to public broadcasting.”

Rent said he cherishes the opportunity to return to WIPB and Indiana Public Radio, which have been his “home away from home” since he was an undergraduate at Ball State.

“I have been so fortunate to have been on the front line as both a student and volunteer when both stations began their journeys to bring Muncie and all of east central Indiana wonderful local and national television programming from PBS and superb news, information and classical music from NPR,” he said. “I’ve spent all of my life working in marketing, advertising, public relations and broadcasting. Now to have the opportunity to combine all of my skills and lead both stations to the next level is very exciting.”

Following graduation from Ball State in 1967, Rent joined the university’s Public Information Services as coordinator of radio and television news. He left in 1970 to work in public relations and advertising, and returned to the university in 1993 as assistant to the vice president for advancement and director of marketing.

He also co-founded the Muncie on the Move breakfast series, which he has hosted for about 30 years; was a founding board member of Huffer Memorial Children’s Center; and currently serves on the boards of Muncie Symphony, Minnetrista, Meridian Health Services, the Greater Muncie Area Council on Youth Leadership,and the Martin Luther King Jr. Dream Team.

His professional broadcasting career has a long history in the Muncie community as well. He has served as vice president and co-owner of WLBC/WXFN, coordinator of Ball State Radio-TV News, host of WLBC Morning Show for eight years, play-by-play for more than 120 televised Ball State college basketball games on WIPB, host of more than 350 public affairs television shows for WIPB, host for WIPB Telesale and on-air spokesperson for pledge drives for Indiana Public Radio. He also hosted the Ball State Electronic Field Trip unveiling Sue the Tyrannosaurus rex at the Field Museum in Chicago.