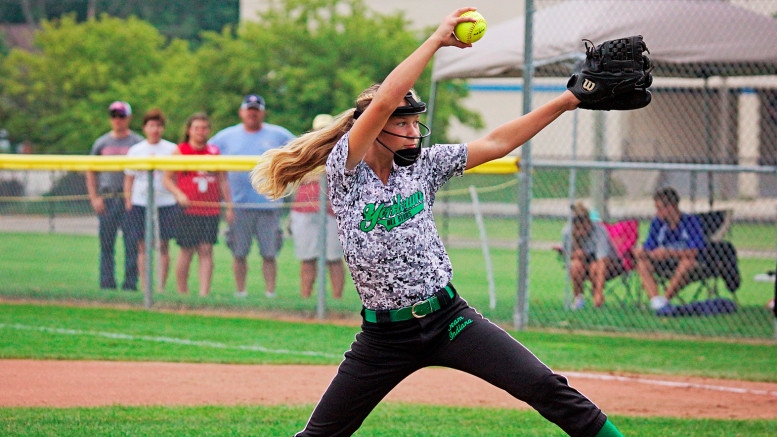 Yorktown’s Savannah Baker is a big reason why the Yorktown Tigers Majors (12U) softball team is making a deep tournament run and on a path to the Little League® World Series.

Story and Photos By: Casey Stanley—

When considering community development options, many city governments jump at the opportunity to build new homes, parks, restaurants, and offices to attract business, and raise standards of living. Fewer make youth sports a strategic focal point. For the town of Yorktown, Ind., however, it just made sense.

“The highly-rated quality of life for the Town of Yorktown can be directly attributed to our various community organizations, and more importantly the people involved with those groups,” says Pete Olson, Yorktown Town Manager. “Parents, sponsors, volunteers, and participants in the community provide positive benefits, by teaching life lessons, enjoying success, and learning from failure. I believe educating all involved that working together for the right reasons delivers lasting impressions on future generations.”

The life lessons and successes being created today by Yorktown’s Majors Division (12U) girls softball team find their roots in nearly 15 years of community involvement. Little League® affiliation, investment in a new sports park, and dedicated junior athletes – along with their parents, friends, and neighbors – have put this year’s 13 girls on a path that makes an appearance at the Little League World Series a real possibility. 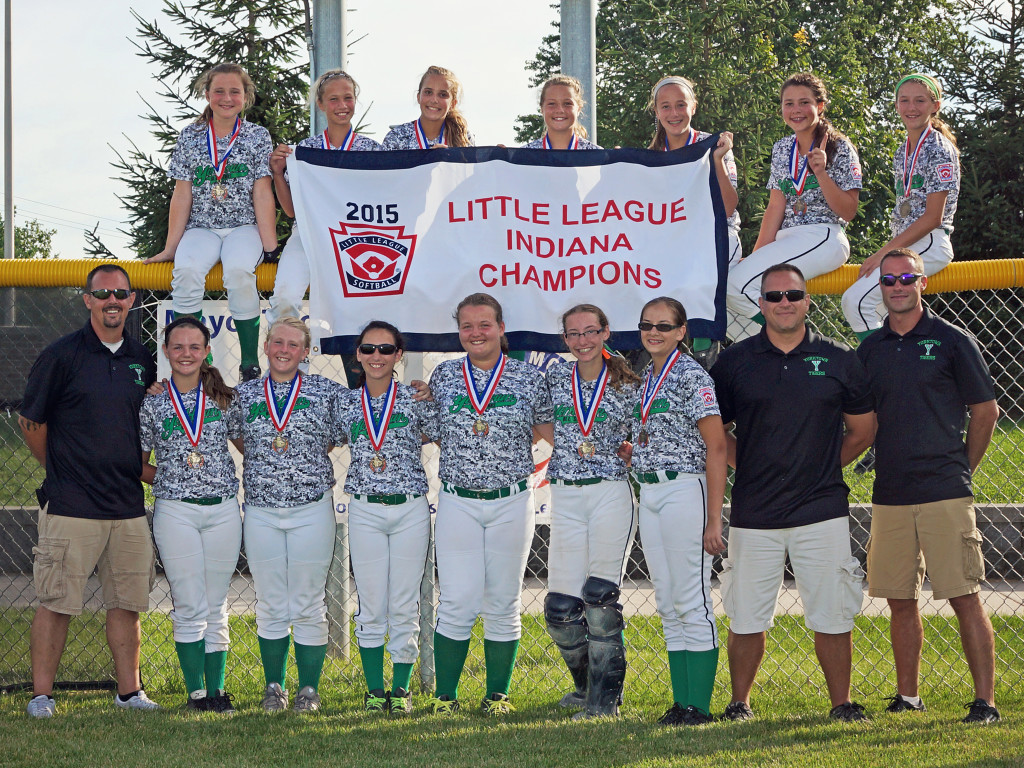 The team and its coaches already feel the anticipation building, hot off a recent Indiana Little League Majors Division Softball State Championship, and only one more tournament win away from a birth in what is perhaps the most highly-publicized and prestigious youth sports contest in the country.

“It’s that kind of inspiring performance that people recognize and remember, and more importantly the kind that makes memories we pass on to our kids,” said Scott Smalstig, 9 year Yorktown Junior Athletic Association board member and Board Chair from 2010-2014. “Anything worth doing is worth doing well. That’s what builds a community – That shared belief, and the resulting trust and loyalty that come from it.”

This year’s success stems back to plans for the Yorktown Sports Park, which hosts Yorktown JAA Little League softball and baseball, begun in the early 2000s, and finally came to fruition in 2011. As plans for the park took shape, early visionaries Dave Phillips, Steve Myers and Jim Kemp – then members of Yorktown JAA’s Board – encouraged the organization to consider Little League affiliation to help buoy slumping registration numbers. Many parents had taken their kids out of JAA to play travel baseball and softball, which is outside JAA’s scope.

“We have a great board who built the consensus to affiliate back in 2006,” said Jim Kemp, current Yorktown Little League President.

Since then, Yorktown JAA has developed a legitimate culture of excellence in both baseball and softball.

“It didn’t come overnight – The beginning of that culture is a credit to leadership nearly ten years ago – and many others along the way,” said Joe Butts, current JAA Board Chair.

A number of Indiana communities – including Southport, Ft. Wayne, and Zionsville – fell to this year’s softball team in the lead-up up to their state championship. For the program and community, it has proven to be an exceptionally sweet one, after losing at home by only one run in 2014’s finals. More importantly, it puts them only one step away from taking a national stage to showcase their talent and perseverance.

The league’s softball teams have had a taste of that success already. In 2010, King Lumpkin and Sean Masters coached the 12U girls to District and State titles, and missed the Regional title by a single run. The same team earned State Runner-Up honors in Class AAA Indiana as high school sophomores, and reached the Class AAA Indiana Final Four the following year. Overall, Yorktown’s JAA tournament teams have won 10 District 6 and 3 state championships in Little League play in only 9 years.

Their success has been one of many stepping stones that has made Yorktown JAA into an elite athletic organization. 2015 JAA coaches, Corey Robertson, Steve Cox, and Chris Phillips, have found their footing working with the town’s junior athletes, nurturing girls through a combination of JAA and travel play. Their effort, and their forebears’ leadership, has culminated in Little League Central Region Majors Softball Tournament. The Tigers have opened pool play 2-0, competing for a birth in the tournament that begins Wednesday and will produce the Central Region’s entry into the Little League World Series. This year’s Regional Tournament includes teams from Nebraska, Ohio, Kentucky, Illinois, Iowa, Michigan, Missouri, and Wisconsin.