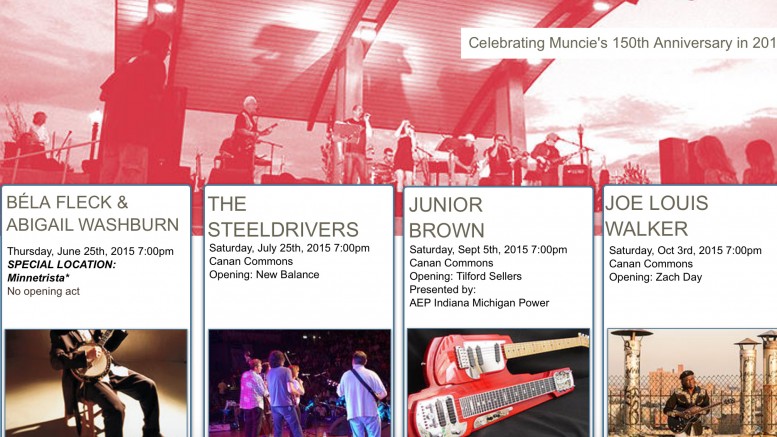 The 2015 lineup of performing artists for the Muncie Three Trails Music Series has been announced! 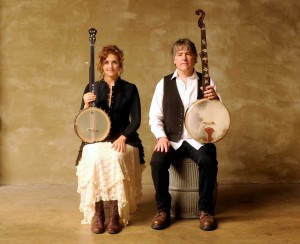 The music of Béla Fleck and Abigail Washburn embraces a diversity that hardly seems possible with just two banjos and one voice. Washburn’s beguiling composing, playing and singing blend with Fleck’s riveting virtuosity to create distinctive music that sounds familiar, yet is different from anything else to be heard on the North American, Asian, or any other continents. Sometimes they focus on the latticework rhythm patterns common to scores of banjo classics. Sometimes the two seek out moodier realms, among them the unique, entrancing drones of rural blues. And sometimes they trade ad-libbed lines like jazz veterans, sparring with enviable crispness. What’s striking about the duo is not only their musicianship, though there is plenty of that on display, but the way they cultivate and sustain musical dialog.

The Steeldrivers began as an extraordinary down-home R&B string band experiment. Instead of playing every song as though it were a bluegrass tune, they employ their standard bluegrass instruments (banjo, 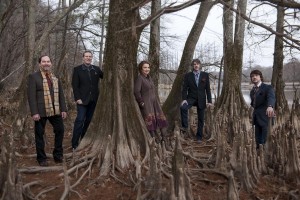 mandolin, bass, guitar, and fiddle) to match the spirit of each particular song, be it bluegrass, blues, country or R&B. Perhaps most noticeable to bluegrass aficionados is that the Steeldrivers’ vocals swap the “high lonesome” approach pioneered by Bill Monroe for a more, bluesy, R&B feel, appropriate given vocalist Gary Nichols Muscle-Shoals background. But make no mistake, the Steeldrivers are recognized as one of the most talented bluegrass outfits around.

With his bass voice, songwriting, and, famously, his double-necked “Guit-Steel,” there simply has never been anyone quite like Junior Brown. Born in Cottonwood, AZ and raised just outside Kirksville, IN (yes, he’s a Hoosier!), the music bug bit Junior early on. In high school he formed a series of dance bands. Then, still in his teens, he left home to hit the Country dance-club circuit full time. This continued for decades, as Junior recounts: “I played more nights in honkytonks during the 70’s and 80’s than most musicians will see in a lifetime…. I did so many years of that, night after night, four sets a night, 15 minute breaks; I mean, after that, you gotta get good or get out.”

Joe Louis Walker is famous worldwide as one of the blues genre’s top musical trailblazers– a mesmerizing guitarist and soul-testifying vocalist, known for his stinging lyrical lines, elegant, economical phrasing, and especially for the signature sound of his Fender Strat. He is a 4-time winner of the prestigious Blues Music Awards’ Album of the Year, a 2-time W.C. Handy award winner, and was inducted into the Blues Hall of Fame in 2013. Walker began his career while still a teenager, sharing the stage and rubbing shoulders with nearly every American and British blues musician of note, including such greats as John Lee Hooker, John Mayall, Muddy Waters, Jimi Hendrix, B.B. King, Otis Rush, Willie Dixon, Albert King, James Cotton, Steve Miller, and Lightnin’ Hopkins.