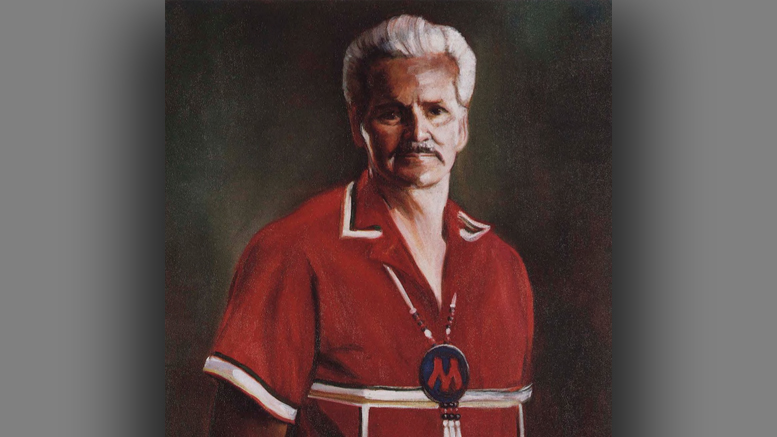 The honoree was Raymond O. White Jr., a Native American who was a lifelong resident of Muncie and was chosen by his tribe for its highest honor – chief of the Miami Nation of Indians of the State of Indiana. White served as chief for eight years and was involved in tribal operations for at least 14 years.

White followed in the footsteps of his grandmother, mother and brother, who worked in legislative affairs for the tribe. White’s main goal was to regain recognition of the Miami Indians of Indiana as a tribe by the U.S. Bureau of Indian Affairs.

The federal government took away the tribe’s status in 1897. And as of now, the federal government has yet to recognize the tribe even after research and reports demonstrate that its people have maintained their identity, culture and religion for more than 375 years. Efforts to regain federal recognition for the tribe are still underway today.

White’s work, however, did convince former Gov. Evan Bayh to create the Indiana Native American Indian Affairs Commission and to persuade members of the Indiana General Assembly to pass a law to protect the state’s Indian burial grounds.

Another action White took was to reach out to Minnetrista Museum and Gardens to create a Native American exhibit for the then new cultural center, which opened in November of 1988. The structure built was a wickiup, which is the traditional hut of the Miami Indians. The hut was constructed from 10,000 cattails with animal furs for the roof.

Nick Clark, a former director of Minnetrista, said: “He was responsible for the Native American focus at Minnetrista. He brought the first exhibit here, opened the doors to other tribes and was the driving force behind the creation of the Minnetrista Great Lakes Council for Native American Studies.

During White’s 56 years of life, his nominators described him as a visionary leader with additional accomplishments, which include the following:

• He relocated the tribe to its new headquarters in the former Peru High School building in Peru, Indiana.

• He helped obtain 35 acres of former Native American land along the Mississinewa River.•

• He set up programs for job training, GED certificates, substance abuse recovery, a day-care center, a museum, and a battered women’s shelter.