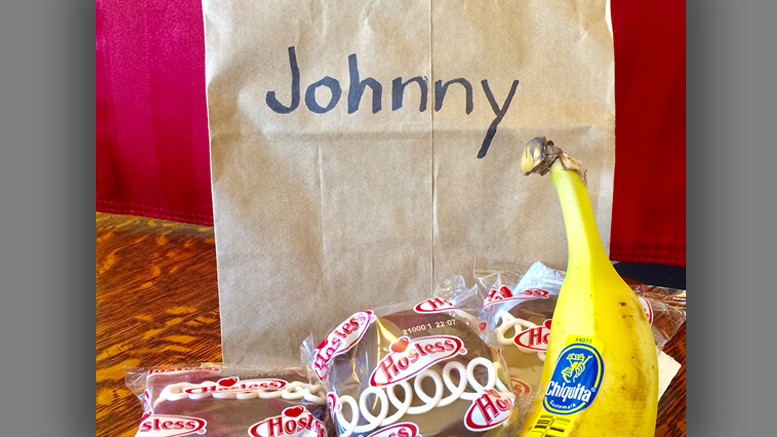 It’s amazing what things can show up in a name. Photo by: Nancy Carlson

One thing which, in a roundabout way, the COVID-19 pandemic has reminded me of is this: When it comes to names, Native Americans have been infinitely more creative than we paler latecomers.

Why? Because he danced with wolves.

Other names among this roaming band of Sioux were equally colorful and descriptive. They included Wind In His Hair, whose spectacular black locks looked like he kept a Hollywood stylist named Handy With A Blow Dryer And Clippers on retainer in the next teepee over. Then there were Kicking Bird, Ten Bears, Smiles A Lot, Stone Calf and the lieutenant’s soon-to-be girlfriend, Stands With A Fist, whose Sioux name should have been Major Babe Who Stands With A Fist.

The point is, you had to figure in encountering these wonderfully creative names, the lieutenant couldn’t help but be dissatisfied with his own boring name, that being John. This also happens to be my name. But one can only imagine how the lieutenant would have reacted to learnng “john” would eventually also come to mean Porcelain Place Where Guys Pee And Stuff.

Having been raised a John myself, I was always ticked off about this. It was, like, couldn’t they have nicknamed bathrooms the chuck or the larry, or maybe even the steve? But noooo, it was always, “Can somebody point me towards the john before I start whizzing out my ears?”

Anyway, there came a time in my life when I briefly acquired a Native American name, sort of. This was at North-Central Ohio’s Native American-themed YMCA camp, where I spent a week at a time for several consecutive summers in my youth.

But even there, my Native American name didn’t work out all that well.

By now, the details of those weeks have largely faded. Pretty much all I remember is making countless zipper pulls in craft class, pawing those papery snake skins the copperheads shed to scare the bejesus out of us, plus the fact that every breakfast featured bowls of cold, gelatinous oatmeal. After breakfast we’d scrape gallons of this stomach-churning stuff into trash cans, it looking for all the world like King Kong had just swung into the mess hall and promptly lost his lunch.

The only other thing I remember – the thing I can’t forget, really – is the deeply symbolic Native American closing ceremony staged for our parents’ benefit before they drove us back home to civilization. Heads feathered, faces painted and naked from the waist up, we young campers wore only loincloths, slightly modified to keep us from flashing our giblets at the audience. Descending four dirt pathways in single file, we passed rows of crowded spectator benches to the rhythms of pounding tom-toms. At its climax, a hundred or more of us would converge around a central bonfire, whooping it up with what we considered realistic Native American war cries while improvising Native American dance steps.

As the ceremony started, excitement filled the air. Then ahead of me, one at a time, my fellow braves began war-dancing their way down to the bonfire.

First to go was Boy Who Runs Like The Wind, fleet-footed as ever. Then went Boy Who Is Fierce As A Badger, followed by Boy Who Is Brave As A Mountain Lion.

Then, it was my turn.

Before I was three feet down the dirt path, though, one thing was obvious. If I had a Native American name, it was probably Boy Whose Mom Packs His School Lunches With Way Too Many Hostess Cupcakes.

From that first step, every blubbery ounce of me was jiggling like one of my Grandma Millie’s Jell-O salads. Meanwhile, I’d given up my blood-curdling war cries for girlishly high-pitched “ouches!” and “owies!” This happened every time the pink soles of my chubby, tenderfooted feet, normally coddled by sturdy pairs of Red Ball Jets sneakers, war-danced over another sharp stone.

Amidst my manic jiggling and torturous hollering, two things became immediately clear. First, were I truly representative of those Native American plains warriors of the late 19th Century, Custer would have made it back home from the Little Bighorn with no problem.

Second, like it or not, I was suddenly this ceremony’s comic relief. From all sides, people were hooting their fool heads off. The worst of it? My attention was particularly drawn to the cruel peals erupting from a nearby couple who were literally bent over with laughter, clutching their guts while their eyes spilled tears of unrestrained mirth.

But I didn’t. Nor did they.

An hour later all was forgiven, however, and I was gratefully back home, my young warrior days forever behind me, happy to be snarfing down some fresh Hostess Cupcakes.