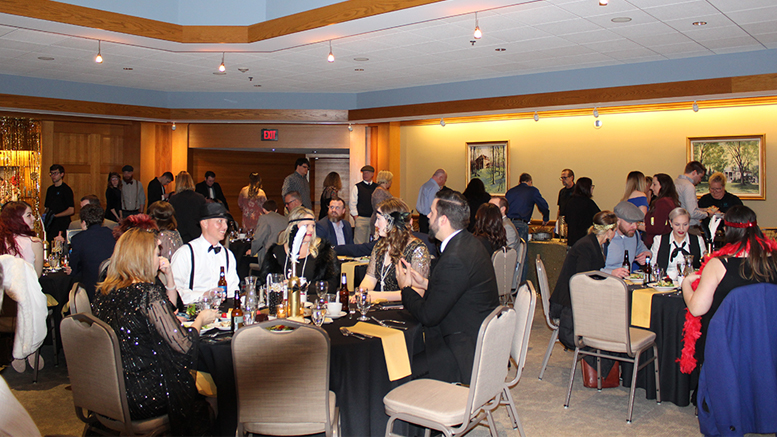 "The Great Adsby" was the creative theme for this year's ADDY awards. Photo provided.

Muncie, IN — The American Advertising Federation of East Central Indiana (AAF ECI) had a “roaring good time” at the 20s-themed American Advertising Awards on Feb. 29. Also known as the ADDYs, the awards show recognizes the best advertising and creative works from the past year, including that of professionals and of students.

As always, submissions were judged by out-of-market advertising professionals in a blind judging process. Silver and Gold awards were presented to the top-scoring pieces in the show.

All of the Gold awards are automatically forwarded to the district-level competition, which includes Indiana, Illinois and Michigan. If creative works pass through the district level, they then make it to the national competition.

Every year, the judges also choose Best of Show awards, and each judge has the option to dedicate a Judge’s Choice award to their favorite submission.

This year, a Judge’s Choice award was given to Burkhart Advertising, Intersection Advertising Agency and Studio 165+.

A complete list of the awards is available on the AAF ECI website where you can see photos of the winning creative advertising pieces.

The ADDYs accept all creative pieces, including works in print, digital, radio, television, copywriting,design, event promotion and more. AAF membership is not required to submit. To learn more about how to enter in next year’s ADDYs, visit aafeci.org.