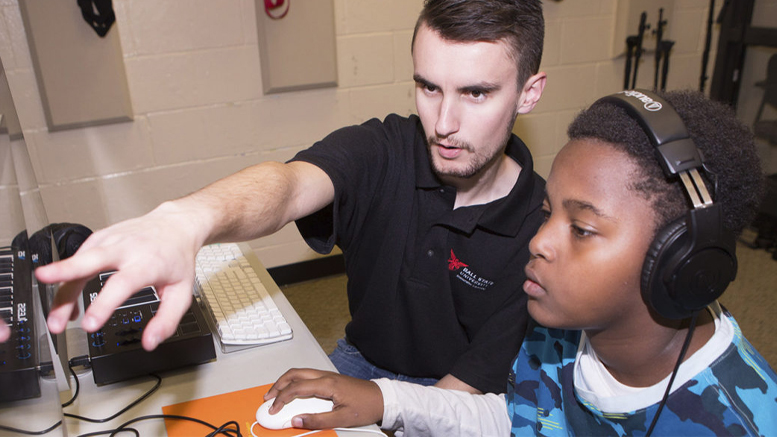 “In the future, I expect to hear Allie rapping on the radio, and Jayden’s beats enlivening famous pop songs,” Brown said. “They harness this natural musical talent.”

Allie and Jayden are Muncie middle schoolers and members of the Junior Producers Club. The club is an after-school program at the Boys & Girls Club’s Buley Center, developed in partnership with Ball State’s Music Media Production (MMP) program.

As part of an immersive learning course, MMP students such as Malik teach the middle schoolers how to make and produce their own music using professional equipment at Buley.

Christoph Nils Thompson, an assistant professor of Music Media Production & Industry in the School of Music, helped develop the partnership and the resulting immersive learning course.

“It appeared to me that there was a real need for this project in the Whitely community,” said Thompson, who is the project’s advisor. “There are talented kids out there who deserve this opportunity, and we were in the perfect position to provide that opportunity through sharing our equipment and providing educational support.” 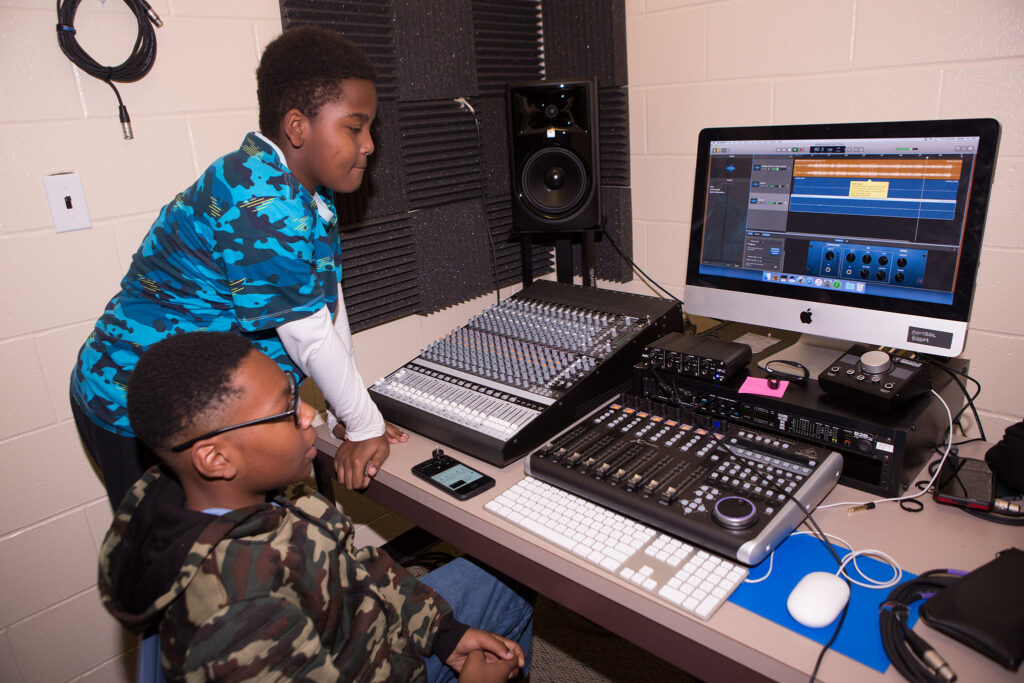 Middle schoolers Justin and X’zavier show each other their final projects in the making. Photo provided

Every weekday throughout the Fall academic semester, rotating MMP student groups provided middle schoolers hourly, one-on-one training on song structure, building melody and harmony, recording techniques, and music theory and technology. The middle schoolers worked toward a final product that showcased all they’d learned, in whatever creative form they chose. Some students wrote lyrics and recorded rap, while others played instruments to create beats.

Sixth-grader Allie McCroy came into the project with zero experience but learned to navigate a complex recording platform, write his own lyrics, and structure a rap song that he recorded in the studio.

“I could see myself going into music production as a career,” said McCroy. “I want to change rap and make it better through meaningful lyrics about life and family. I could also see myself in the future doing what these Ball State students are doing: mentoring kids who are going through a lot of stuff and showing them that they can do more in life.” 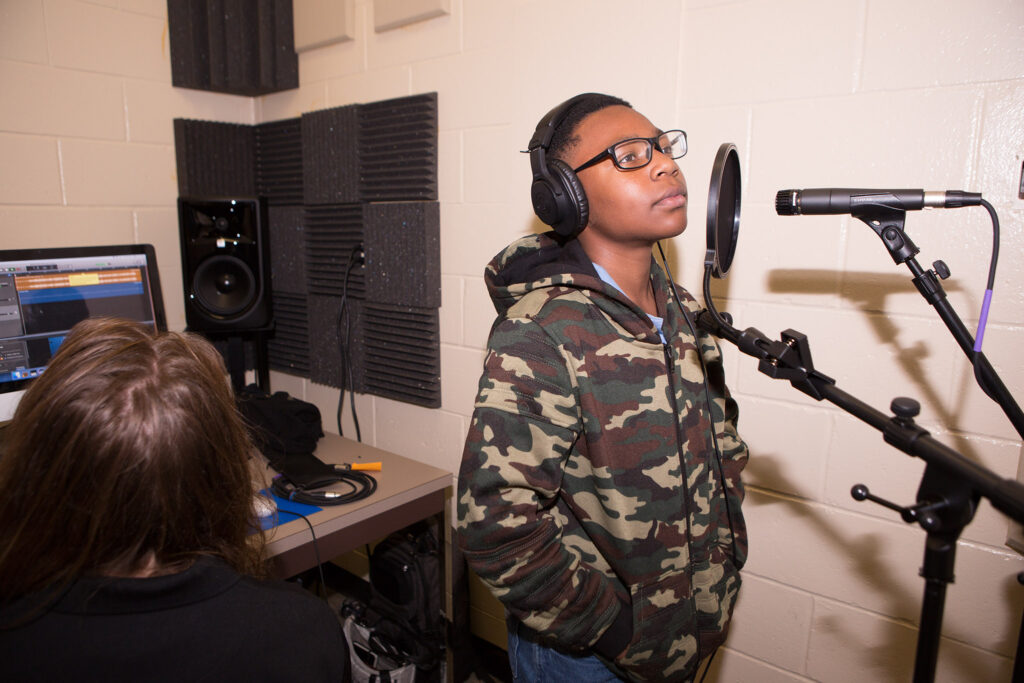 Middle schooler Justin gets ready to record his rap lyrics in the studio. Photo provided

Thompson, who has 20 years of music engineering experience in jazz and pop, explained the symbiotic essence of the course: Just as the middle schoolers practiced and mastered new skills, so too did the Ball State students, as they learned how to bring the wildly creative ideas of a slightly younger generation to life.

“Seeing the middle schoolers’ eyes light up when they learn something new or enthusiastically come to class wanting to try out something they saw in a YouTube video reminds me of where my love of music started.”