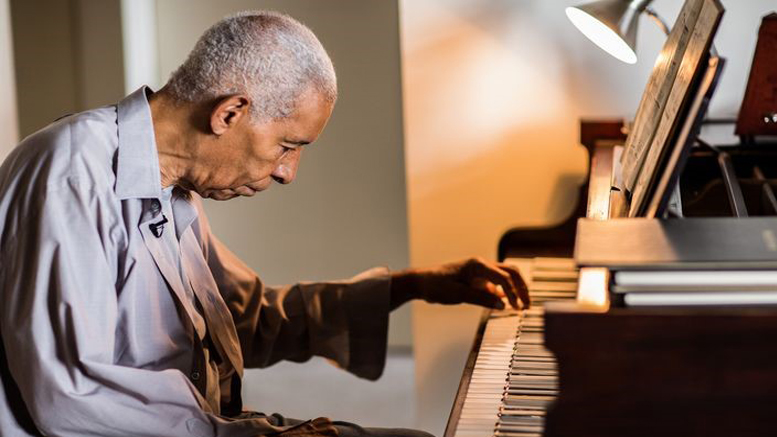 Muncie, IN — On September 15, Ball State University will host a performance by Norman Malone, a left-handed pianist, and screen a documentary-in-progress about his extraordinary life story.

“Norman Malone’s story proves that music heals and that staggering obstacles can be vanquished,” said Diane Quon, a producer on the documentary. “Malone’s biography is a lesson on how creativity can blossom at any stage of life and how music and the arts can sustain hope.”

The free, public event, beginning at 7:30 p.m. in Sursa Performance Hall, will include a screening of the documentary’s work in progress, a short performance by Malone, and a question and answer session with the filmmaking team.

The documentary, “Left-Handed Pianist,” is produced by Quon, directed by Leslie Simmer and Gordon Quinn, and written and produced by Howard Reich, and is a production of Chicago’s Kartemquin Films. Ball State alumnus Jason Stevens worked as an associate producer on the film.

“We are hosting this event to show our students the power of grit, resiliency, and determination through the arts,” said Ryan Hourigan, director of Ball State’s School of Music. 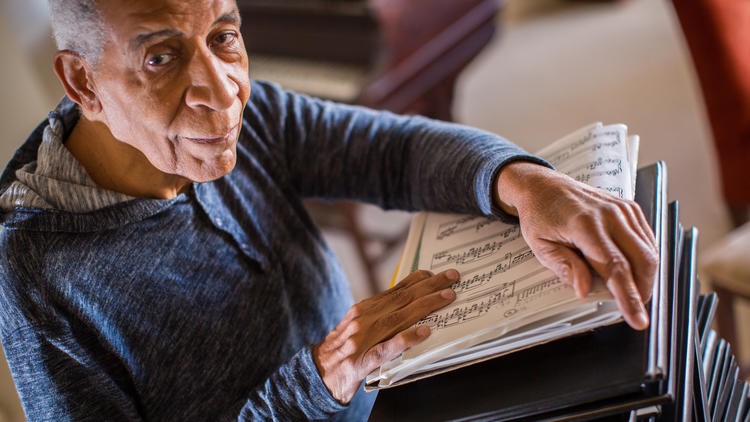 At 10 years old, Malone’s father attacked him with a hammer to the head, leaving him partially paralyzed on his right side. A talented child pianist, he did not give up on his musical dreams after the attack, seeking to continue playing with only his left hand. After a lifetime of relearning the piano and spending decades as a Chicago Public Schools choral teacher, Malone finally made his orchestral debut in 2016 at age 79.

“We hope viewers will behold this octogenarian musician’s perpetual youthfulness and optimism,” Quon said. “He has turned great adversity into unexpected triumph, and he has done so with quiet grace. For Norman’s performance, we hope audiences simply will enjoy his music, which can be dramatic or introspective, lyrical or intensely rhythmic — but always deeply expressive.”

The event is co-sponsored by the Ball State’s School of Music, Department of Telecommunications, and Office of Inclusive Excellence.

Founded in 1918 and located in Muncie, Ball State University is one of Indiana’s premier universities and an economic driver for the state. Ball State’s 22,500 students come from all over Indiana, the nation, and the world. The 790-acre campus is large enough to accommodate first-rate facilities and 19 NCAA Division I sports, but our welcoming and inclusive campus is small enough to ensure the friendliness, personal attention, and access that are the hallmarks of the University. Destination 2040: Our Flight Path establishes Ball State’s ambitious goals for our second century.