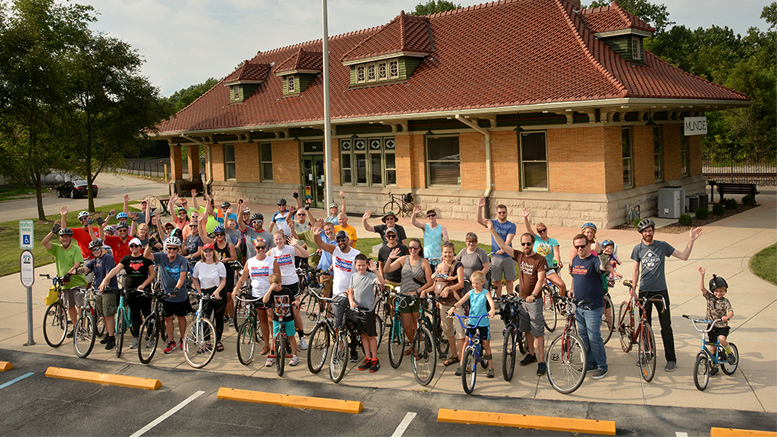 Participants of the Community Group Ride pose for their official group photo taken by Cardinal Greenway board member John Disher.

Muncie, IN—The 4th annual Cardinal Greenway Bike Fest was held in Muncie from July 26 to 28. Bike Fest is Cardinal Greenway’s largest event of the year and provided community members the ability to participate in cycling activities and also watch competitive cycling events. The event was held in conjunction with the City of Muncie, Bike Muncie, and was presented by Old National Bank.

The kick-off to the event began with a well-attended community group bike ride starting at the downtown Wysor Street Depot. Riders were able to take a leisurely ride, winding from the greenway, through downtown and finishing at Canan Commons. 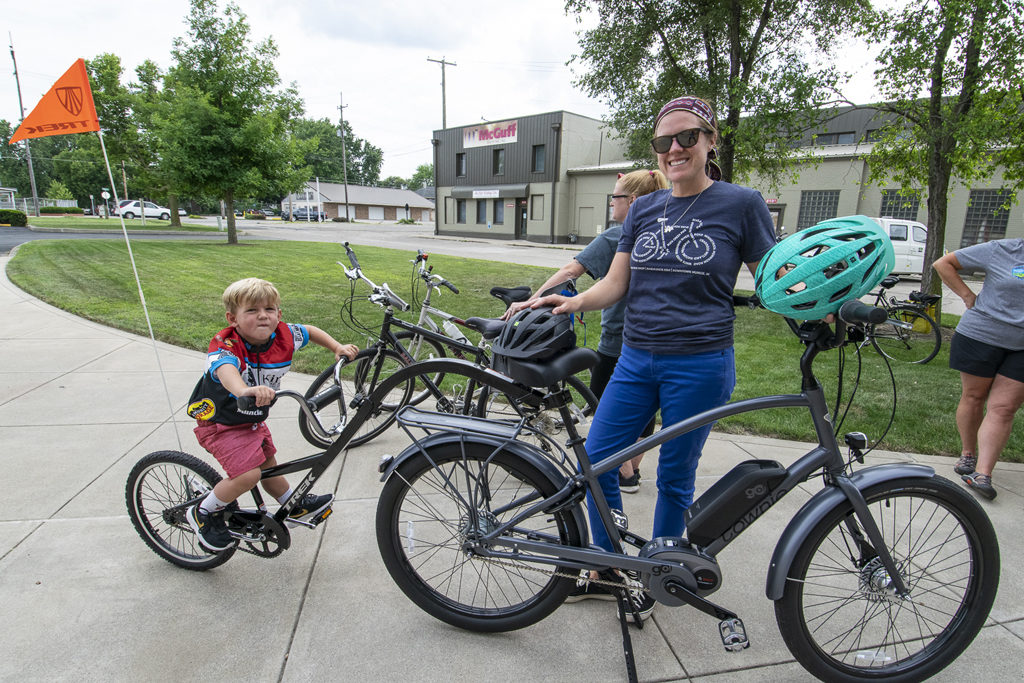 This little boy is riding a Trek tandem system bolted to his mom’s bike as they pose for a photo prior to the community group ride. (Can be seen riding in the video below.) Photo by: Mike Rhodes

Muncie resident Mark Beaty was one of the attendees of the community group ride.”I found out about the ride through my friend Bill Reed who was going to bring his son and grandson,” he said. “Bill sent me a Facebook invitation to the event.  I like to ride my bike early in the mornings, but I’ve never attended the community group ride before, so I thought I’d come and try it.”

Muncie Mayor Dennis Tyler attended all three days of the event and is an avid cyclist and tries to ride almost every day. “I’ve done the community ride every year since it was started,” he said. The mayor has a bike that is outfitted with a GPS system that tracks his heart rate, calories consumed and other information in real-time. “I like to use that system since I have some medical issues,” he said. “I try to bike every day or at least every other day. I always try to ride 20 miles each time I am out, if I can. I plan to try riding all the way to Richmond on the greenway this summer, then plan on riding the Hilly 100 in October. Riding is so good for you.”

According to Harvard Health, the benefits of cycling include:

On Saturday, the greenway was open for special guided tours and people from as far away as Pennsylvania were found taking advantage of greenway tours.

One of the racing competitors was Henry Swinty, a member of the Fort Wayne Outfitters cycle group. Swinty has participated in the Muncie-based race since its inception. “I like the competitive nature of cycling,” he said. “You crash, you break bones,  you get road rash, etc. I still enjoy it. Typically in this type of race, the speed is dictated by the group. In our category (40+/50+) our speed could be 25 to 30 mph.”

Cardinal Greenway CEO Angie Pool said, “We had over 1000 people come out to support the Hall of Fame Cardinal Greenway and experience all styles of bike riding. From the casual, family group ride to the professional BMX stunt show to the dedicated cyclists riding 60 plus miles and more on the Cardinal Greenway, to the professional athletes racing for the win, to our crazy, fun Corporate Cruiser Bike Challenge—fun was had by all who attended. We enjoyed visiting with our many out of town guests and sharing not only our trail system, but also what each community we span has to offer. We heard many comments about how great our trail was maintained, how wonderful downtown Muncie is, and how fun our race course was.” 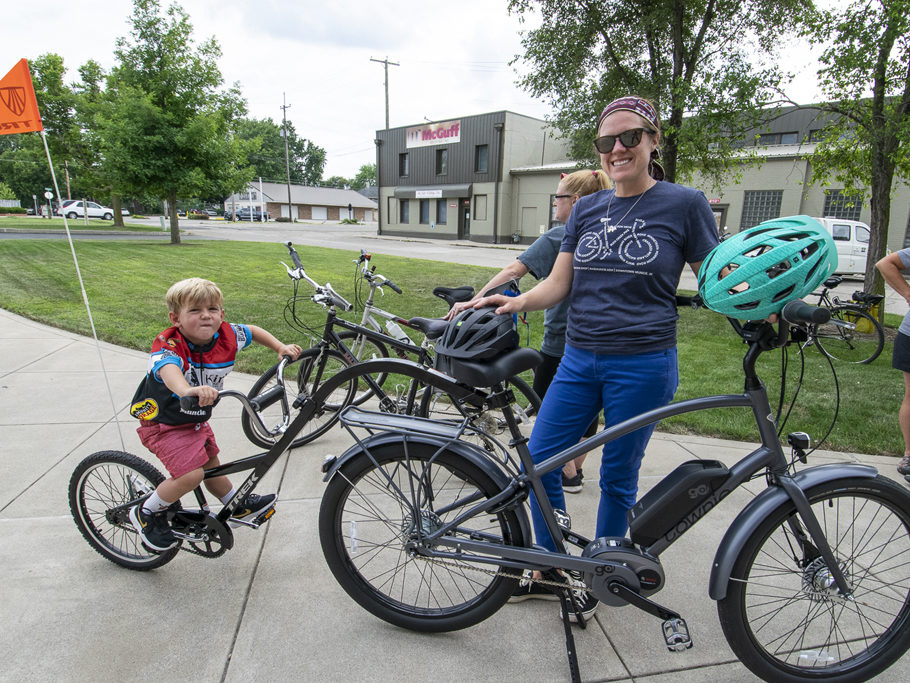 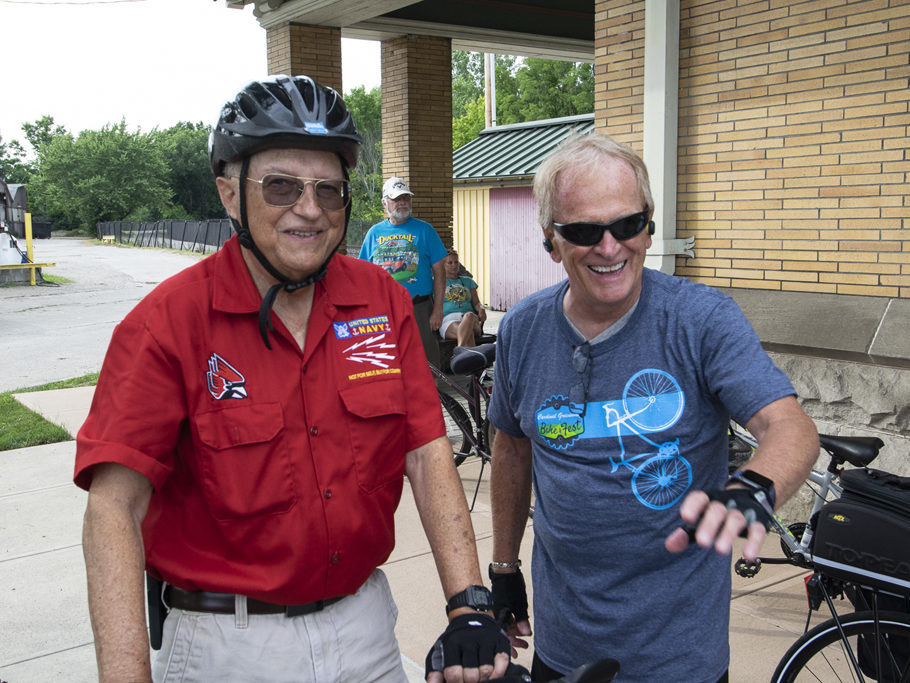 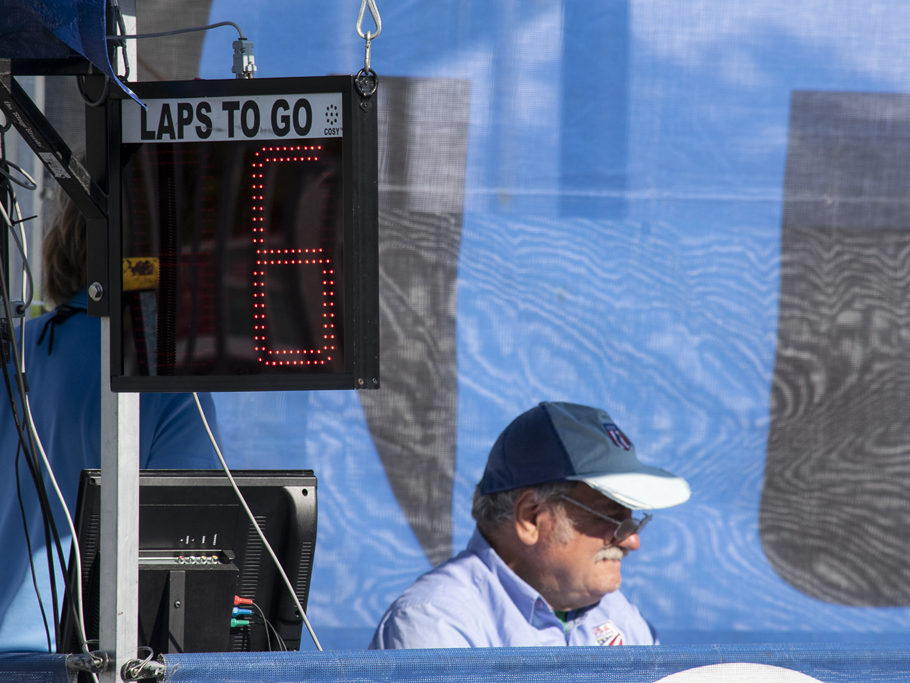 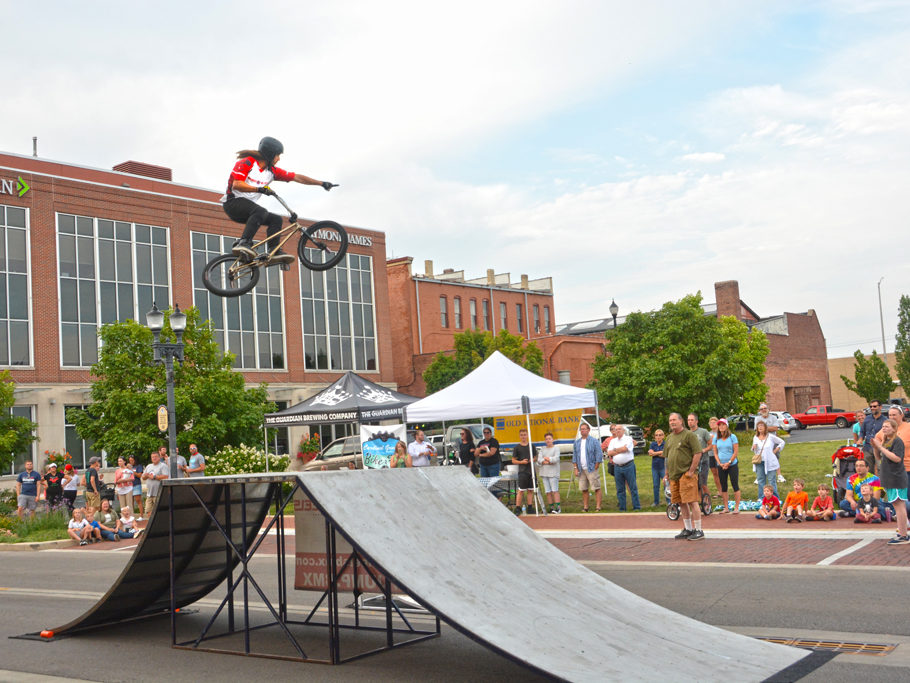 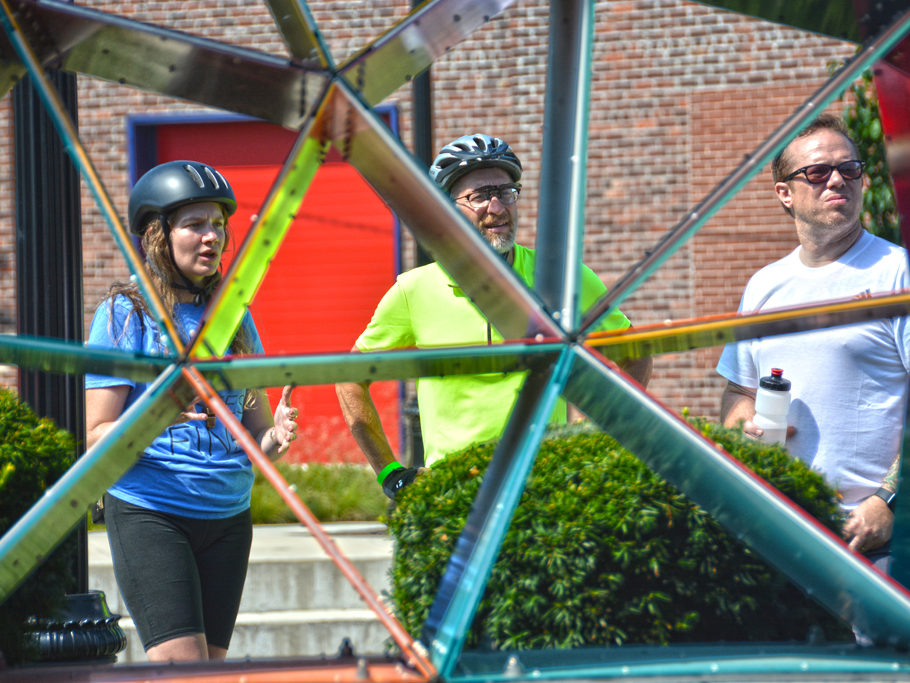 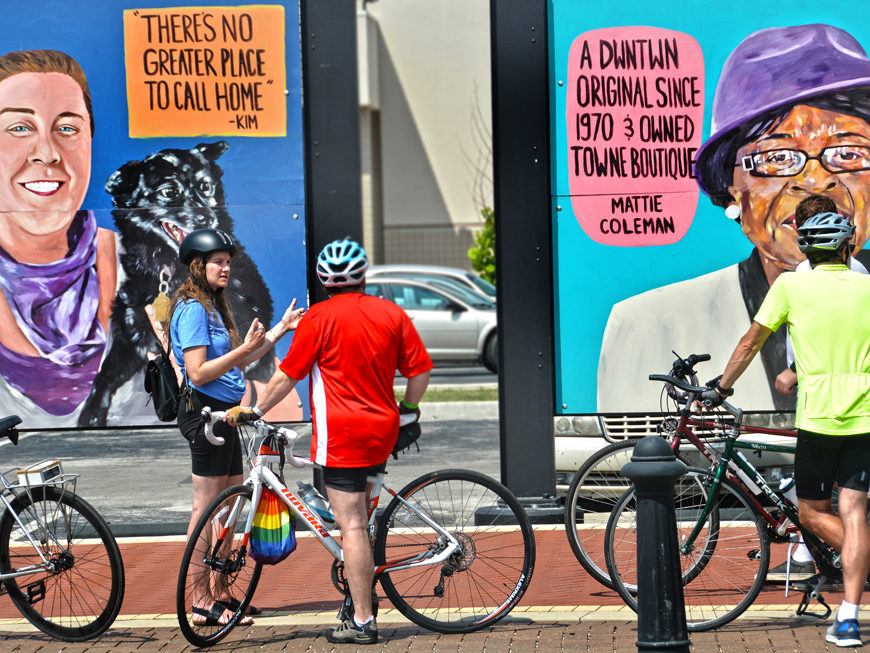 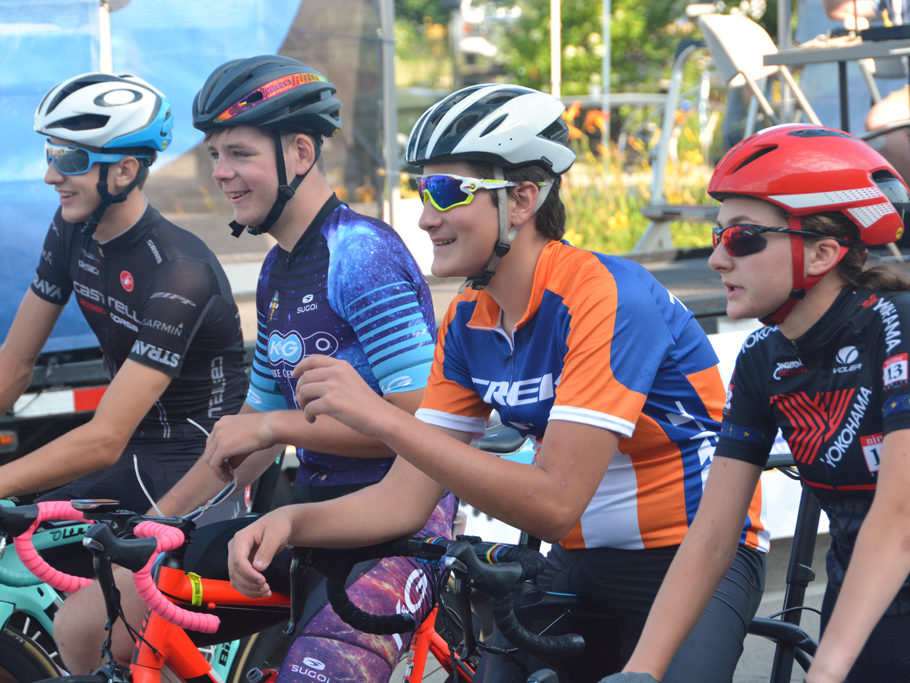 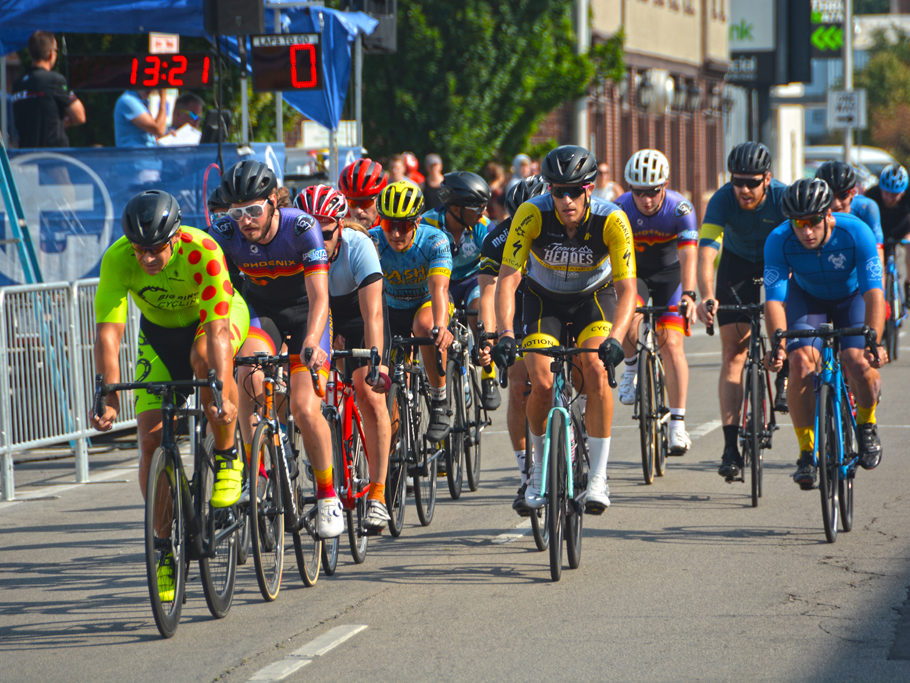 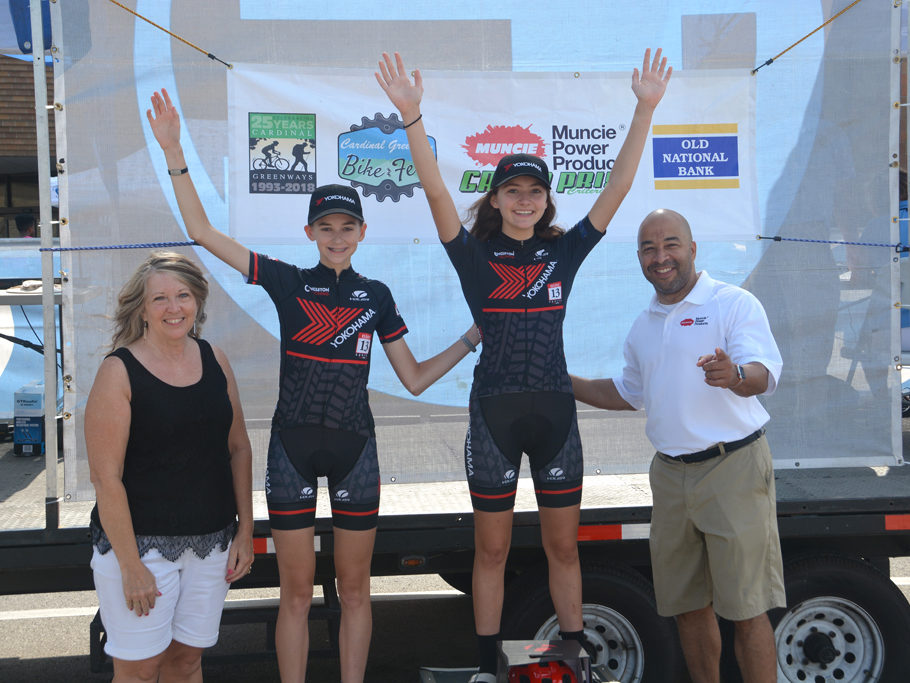 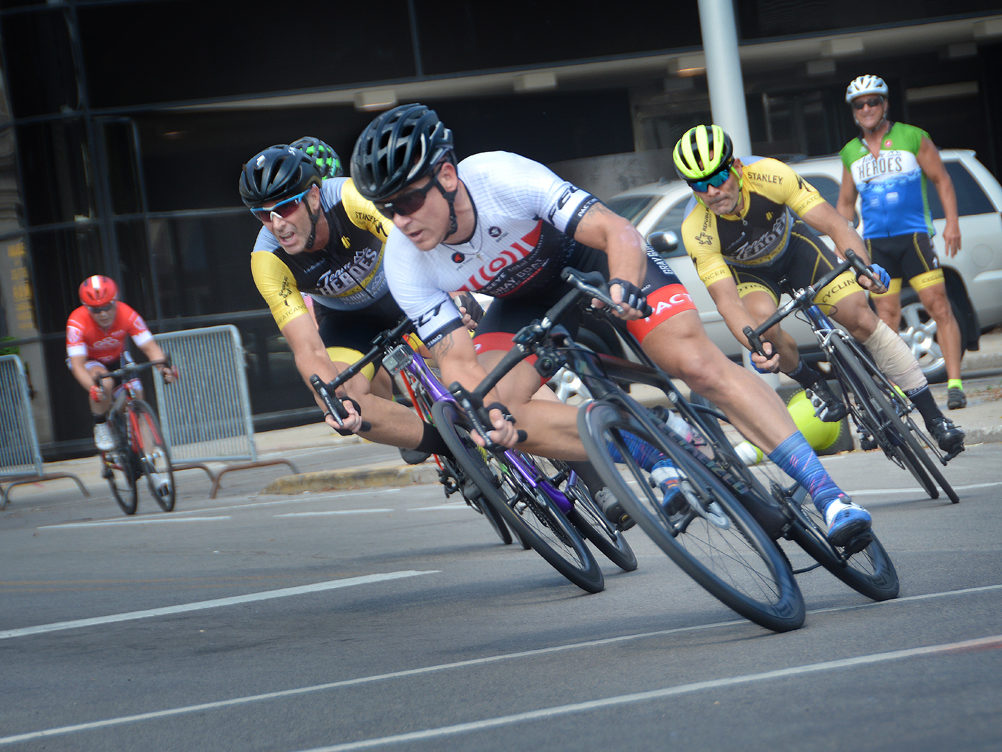 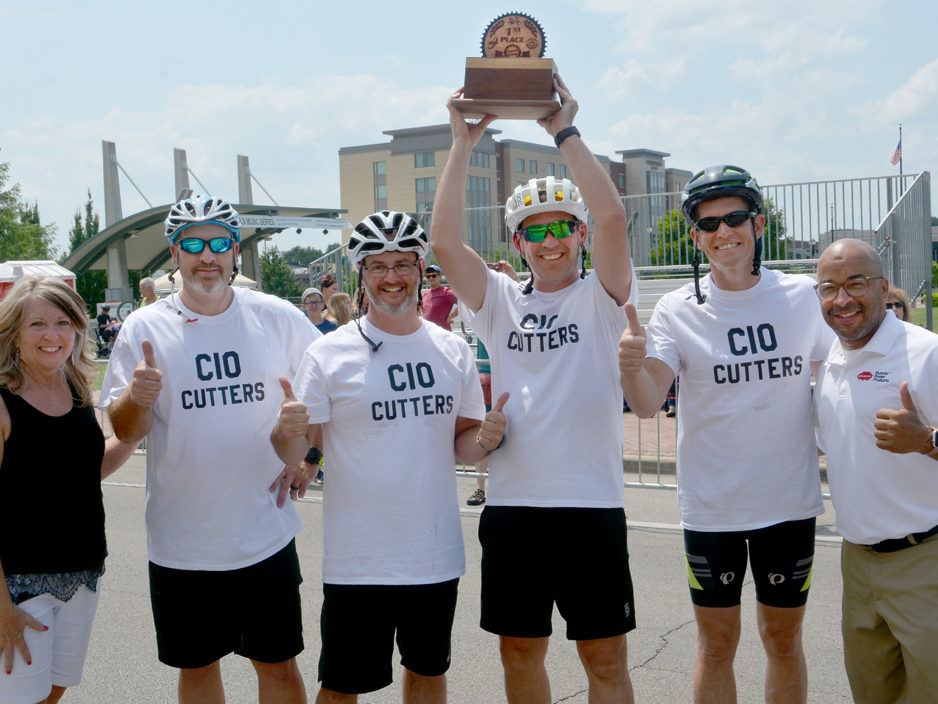 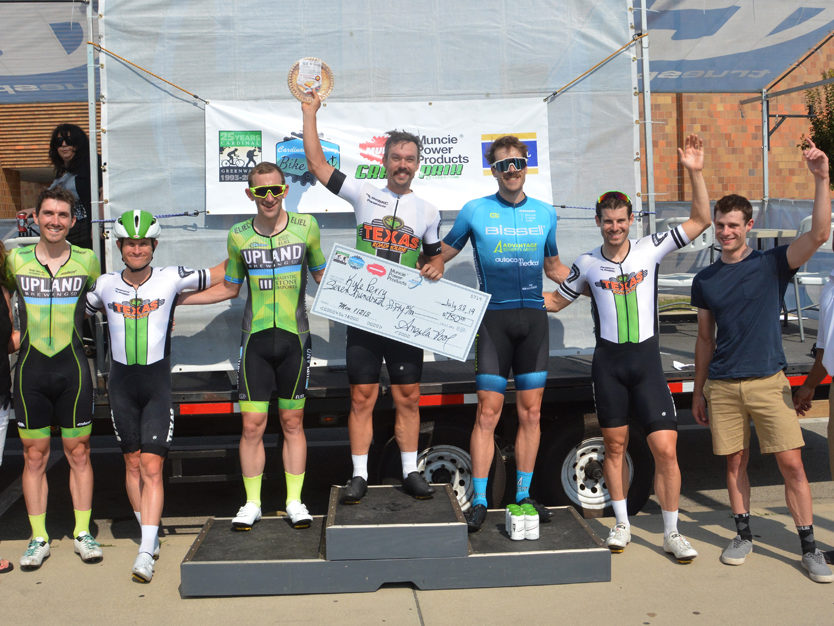