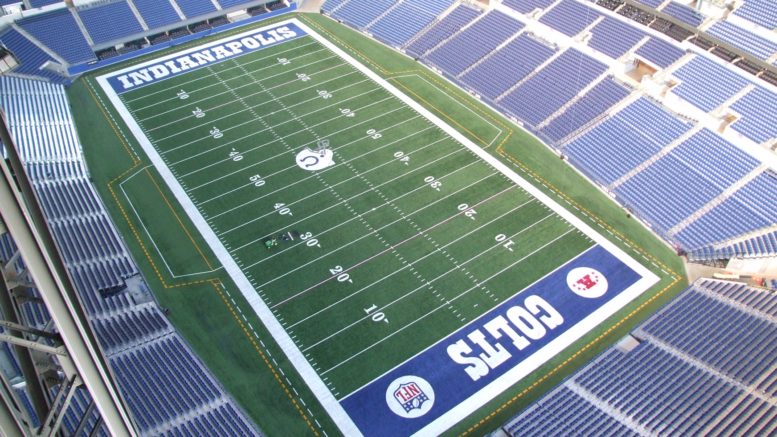 Muncie, IN—The National Football League announced yesterday it will be honoring the 13 communities that were home to the 14 teams of its inaugural season— including Muncie—as part of its “NFL100” centennial celebration. As one of the League’s “Original Towns,” Muncie will host a selection in the 2019 NFL Draft live from Canan Commons.

“There’s no better way to bring the League’s hundred years of history full circle than to partner with these communities and recognize their important place in history as part of the NFL’s centennial celebration,” said NFL Commissioner Roger Goodell.

The Muncie Flyers, known as the Congerville Flyers outside of their NFL involvement, was one of the founding teams of the American Professional Football Association, which later became the NFL. The Flyers played in the first two seasons of the league.

“When the Muncie Flyers were a part of our community, the enthusiasm and support surrounding the team was unmatched,” Mayor Dennis Tyler said. “It’s truly special to relive that excitement 100 years later with the NFL right here in Muncie. It’s a great opportunity for our city to display to the nation what a great community Muncie is.”

Muncie is one of the eight “Original Towns” outside of the 32 current NFL markets that will announce a pick via live telecast. Muncie’s pick will be made during a Draft Day Tailgate event at Canan Commons on April 27. The event will culminate in the Colts’ 6th Round Pick, which will be made by Colts alumni player Bill Brooks, two Colts cheerleaders and a Verizon customer (winner of a Draft Day Prize Package). Round 6 of the draft pick is expected to begin no earlier than 3:10 p.m. and end no later than 5:20 p.m.

“This is a chance to let people know that Muncie is a great place to visit and a great sports town—the fact that we were one of the charter members of the NFL is something to hang our hat on,” said Jim Mansfield, executive director of Muncie Visitors Bureau. “The Flyers were known as tenacious individuals who would give an outstanding effort every time they suited up, and that’s been the trademark spirit of this community and its people ever since.”

Coaches, players and cheerleaders from Ball State, local high schools and John Frank Football League are expected to be in attendance.

“We are honored to host members of the Colts and NFL in downtown Muncie,” said Vicki Veach, executive director of Muncie Downtown Development Partnership. “The Muncie Flyers are a unique piece of our city’s history, and we look forward to celebrating that with our entire community.”

The event is hosted by the City of Muncie, Muncie Downtown Development Partnership and Muncie Visitors Bureau.

For more information on Muncie’s Draft Day Tailgate event, visit downtownmuncie.org. To learn more about how the NFL is celebrating its 100th season, visit NFL.com/100.