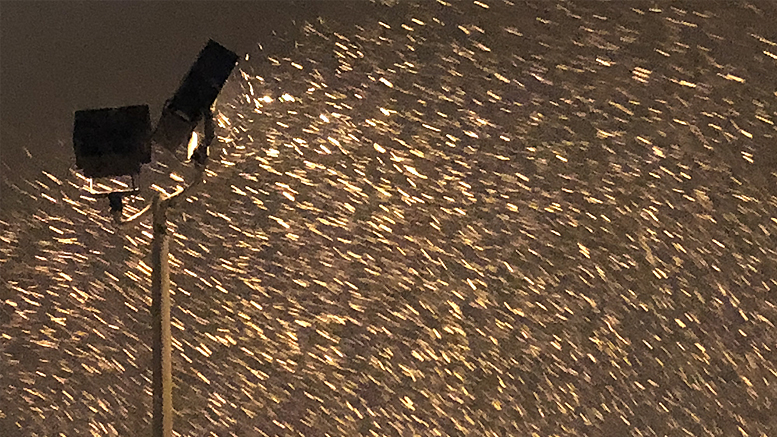 With the potential of a major winter storm ready to slam into the Midwest, Marc Ransford writes about a Ball State geography professor’s study concerning why many people are scared of storms.

Muncie, IN—One in 10 Americans may suffer from severe weather phobia that causes them to lose sleep or have feelings of helplessness, says a researcher at Ball State University.

“Severe weather phobia is very real,” says Jill Coleman, a Ball State geography professor and lead author on the study. “Some people will get physically ill or lose sleep while others will start watching weather forecasts on a more regular basis.”

Weathering the Storm: Revisiting Severe Weather Phobia surveyed about 300 people in 43 states. About 85 percent of respondents reported having at least some degree of severe-weather fear while 46.1 percent describing their fear level as “a little bit.” About 10 percent of participants classified themselves as having an overall fear level as both “extreme” and “quite a bit” categories, possibly indicating severe-weather phobia.

“Overall, we found that people simply love to talk about the weather,” Coleman says. “In the West, it’s about high winds and wildfires, and here in the Midwest it’s all about tornados, thunderstorms and blizzards. On the East Coast, people are more likely to talk about hurricanes than regular thunderstorms.”

The study also found that 11.7 percent of participants reported they know someone who suffers from severe-weather phobia.