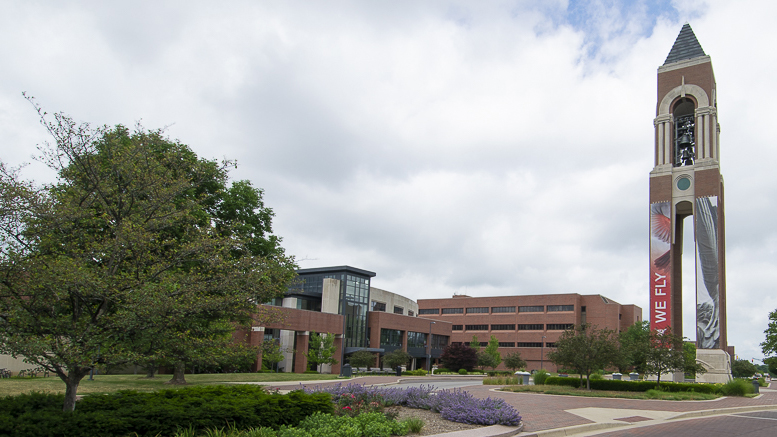 New Orleans, Louisiana – In recognition of extraordinary community outreach, the Association of Public and Land-grant Universities (APLU) has named Ball State University the winner of the 2018 C. Peter Magrath Community Engagement Scholarship Award during a ceremony at the group’s annual meeting in New Orleans, Louisiana.

Ball State received the award for its Schools within the Context of Community (SCC) program, which takes a unique approach with teacher education to help prepare culturally responsive and community-engaged teachers. Launched in 2009 as a partnership between Ball State and Whitely Neighborhood of Muncie, SCC immerses education students in low-income, predominately African-American communities where they’re matched with community mentors who educate student-teachers on the community’s values and strengths.

“We applaud Ball State for its exceptional work in helping prepare teachers who go on to work in underserved communities,” said APLU President McPherson. “What makes community engagement so important is that it not only reaches students at the institution, but also improves the lives of everyday people living in the community. Ball State is doing exactly that by working with teachers who prepare students in underserved populations for the challenges they will face after finishing high school.”

As part of the initiative, Ball State faculty designed a research agenda examining the impact of community-engaged teacher preparation on aspiring teachers, children, and the wider community. Researchers working on the project have produced 12 peer-reviewed research papers, a co-authored book, and a wide array of national presentations – all while leveraging more than $3 million in funding to support programming for children in the community. Working with community partners, the program has helped prepare nearly 200 culturally-responsive, equity-focused future teachers.

Since 2006, APLU and the Engagement Scholarship Consortium, with support from the W.K. Kellogg Foundation, have partnered to honor the engagement, scholarship, and partnerships of four-year public universities. The award recognizes programs that demonstrate how colleges and universities have redesigned their learning, discovery, and engagement missions to become even more involved with their communities. The national award is named for C. Peter Magrath, APLU president from 1992 to 2005. As the 2018 winner of the C. Peter Magrath Community Engagement Scholarship Award, Ball State University will receive a sculpture and a $20,000 prize to support its community engagement efforts.